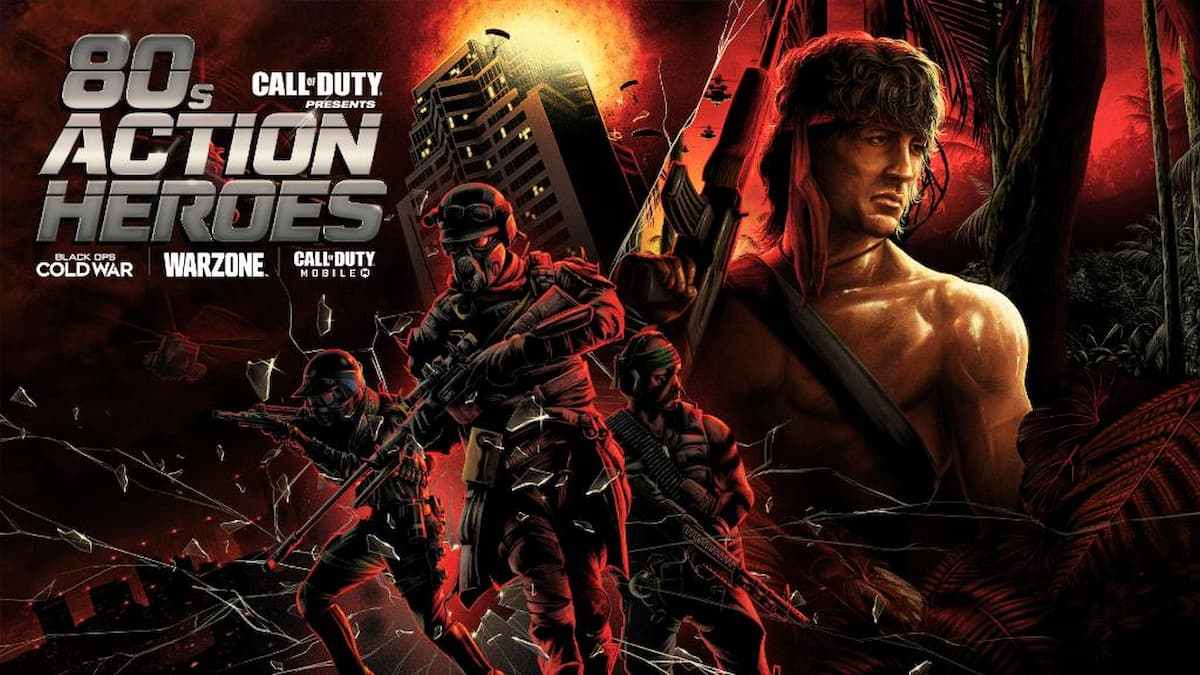 Sylvester Stallone’s John Rambo is set to join the game this week as a new Operator in both Black Ops Cold War and Warzone, continuing this season’s ’80s theme that started with Verdansk time-traveling back to 1984.

The trailer above shows the iconic character in action on Verdansk, along with some potential Die Hard-themed cosmetics coming to the game. It even looks like the tower in the Downtown area of the Warzone map got a makeover based on the popular movie, too.

The patch notes for both Black Ops Cold War and Warzone should be arriving in the coming days. Treyarch previously confirmed new content coming in Zombies, but a new round-based map is not expected to arrive until season four.

Other new content expected in the update includes the return of Black Ops II favorite map Standoff, a new pistol, and more. With this update coming in the middle of season three, season four is expected to start sometime at the end of June or the beginning of July.

The new midseason update is scheduled to go live sometime on May 20.