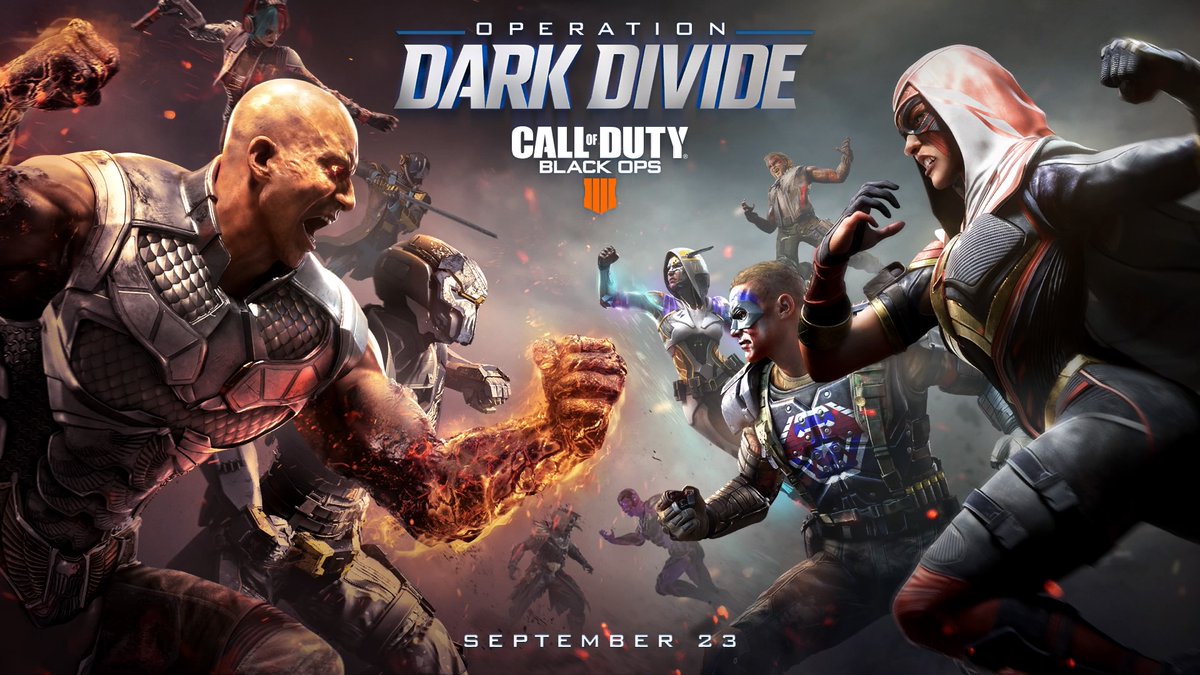 Tag der Toten will be the final map in the Black Ops 4 Aether storyline. Players will seemingly have the chance to play as the Victis crew from Black Ops II—Samuel J. Stuhlinger, Abigail “Misty” Briarton, Marlton Johnson, and Russman—as well as both versions of the original Zombies cast of Dempsey, Richtofen, Takeo, and Nikolai.

Lair and Launch are the two DLC multiplayer maps being introduced in Operation Dark Divide. Several popular weapons from previous Call of Duty titles, like the VMP and AN-94, are also joining Black Ops 4.

Although most Call of Duty fans have turned their attention toward Modern Warfare, Treyarch is giving players plenty of reasons to log back into Black Ops 4 today.