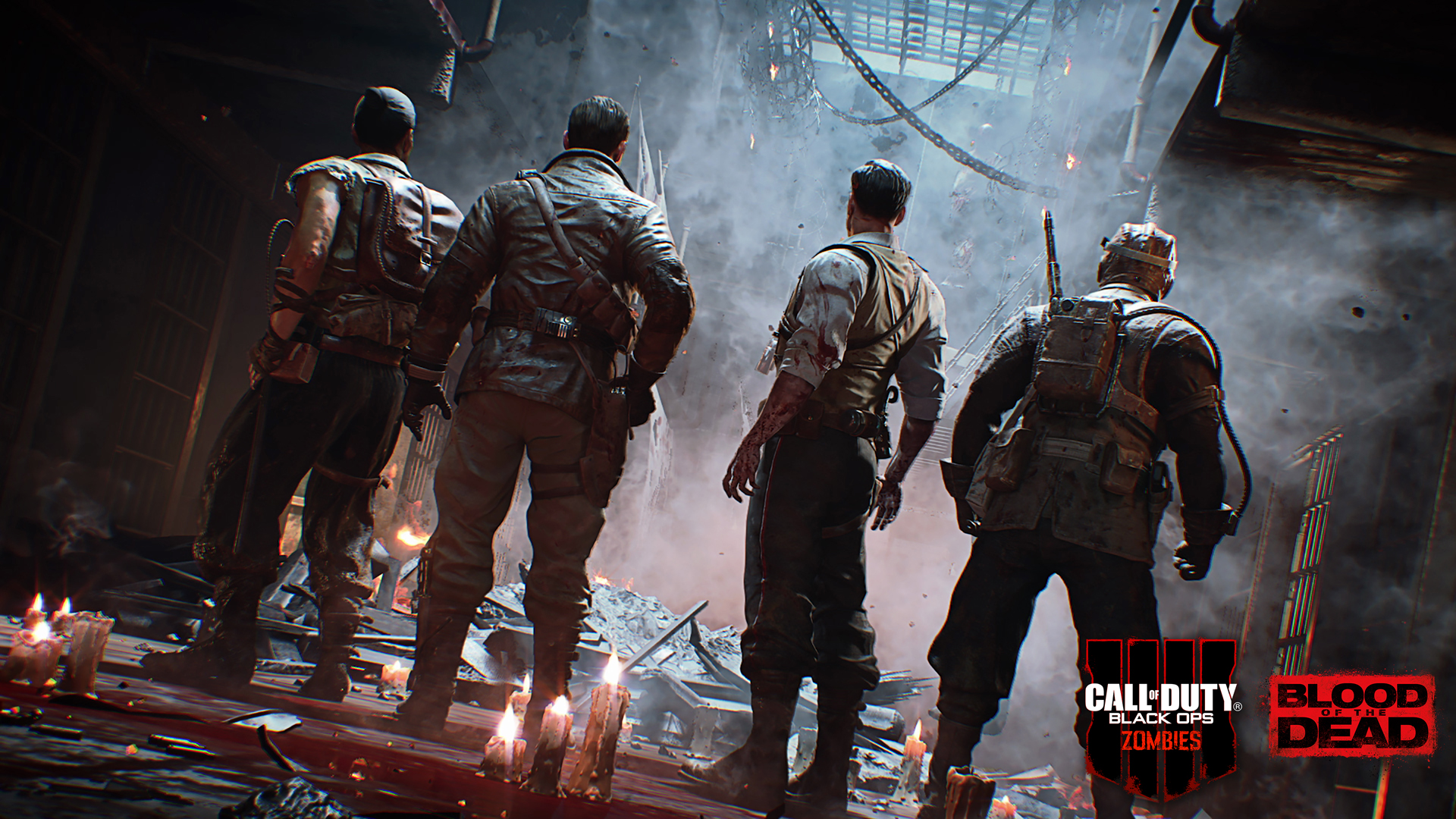 When the upcoming Call of Duty game was revealed earlier this month, many fans immediately thought about what the new title could bring to the Zombies game mode.

But nobody expected that Treyarch would release Black Ops 4 with three Zombies map at launch—a first in franchise history. And one of the maps, Blood of the Dead, is a remastered version of a fan-favorite Zombies experience: Mob of the Dead.

We don’t know much about Blood of the Dead yet—we only got a short trailer during the reveal event, and all it showed was the original Zombies cast of Dempsey, Richtofen, Takeo, and Nikolai in the Mob of the Dead setting. But for any Zombies fans who didn’t play Mob of the Dead when it was released for Black Ops II in April 2013, here’s what you can expect from the Blood of the Dead remake.

The original Mob of the Dead map takes place on Dec. 31, 1933 on Alcatraz Island in San Francisco. The traditional cast of playable characters is replaced by four inmates: Michael “Finn” O’Leary, Albert “Weasel” Arlington, Salvatore “Sal” DeLuca, and Billy Handsome. These mobsters are trying to escape Alcatraz when the zombie outbreak begins.

Related: What we learned from the Call of Duty: Black Ops 4 Zombies reveal

Most of the gameplay on this map takes place in or within the vicinity of the Alcatraz prison, which sets up a lot of close-quarters engagements with hordes of the living dead. But in Mob of the Dead, you can build a plane that takes you to the Golden Gate Bridge—which is also where the Pack-a-Punch machine is located.

It’s unclear what Treyarch will carry over from Mob of the Dead, but there are many cool weapons and features that could be seen in Blood of the Dead. The first gameplay mechanic that was introduced to Call of Duty Zombies in Mob of the Dead was Afterlife mode, which can be activated either by going down or by using one of the high voltage panels spread across the map.

When Afterlife is activated, you’re essentially traveling as the spirit of your playable character. You even gain an electric shock attack that’s needed to turn on perk machines or open gates. Afterlife is crucial for completing in-game tasks, such as the Easter Egg—and you can even revive yourself when you’re down.

A new boss zombie named Brutus was also introduced in Mob of the Dead. He’s basically the zombified version of a fully-armored prison guard. Brutus has more health and deals more damage than a typical zombie, and his only true weak spot is his head—shoot off his helmet to give yourself the best chance to kill him. He can also disable any powered-up perk machines or the Mystery Box when he passes by them, so you’ll want to take Brutus out as quickly as possible.

In addition, Mob of the Dead welcomed a slew of different weapons to the Zombies game mode. The Uzi, AK-47, M1927, and LSAT were all available in Mob of the Dead, and players could even get the Death Machine out of the Mystery Box instead of it being a power-up.

A new wonder weapon called the Blundergat was introduced on this map, as well as a sweet tomahawk called Hell’s Retriever. The Blundergat can also be upgraded using the Acid Gat Kit, which is a buildable item in Mob of the Dead.

But right now, it’s unclear which (if any) of these weapons or features will be reimagined in Blood of the Dead. Mob of the Dead also featured one of the most in-depth Easter Eggs, which ultimately involves Finn, Sal, and Billy trying to kill Weasel. Blood of the Dead will likely have some kind of Easter Egg, but it’s unknown how Treyarch will follow up on the previous iteration. Who knows—maybe Dempsey, Takeo, and Nikolai will have to try to kill Richtofen.

Mob of the Dead was one of the most enjoyable Zombies maps in Call of Duty history, so fans will have high expectations for Blood of the Dead when Black Ops 4 is released on Oct. 12.