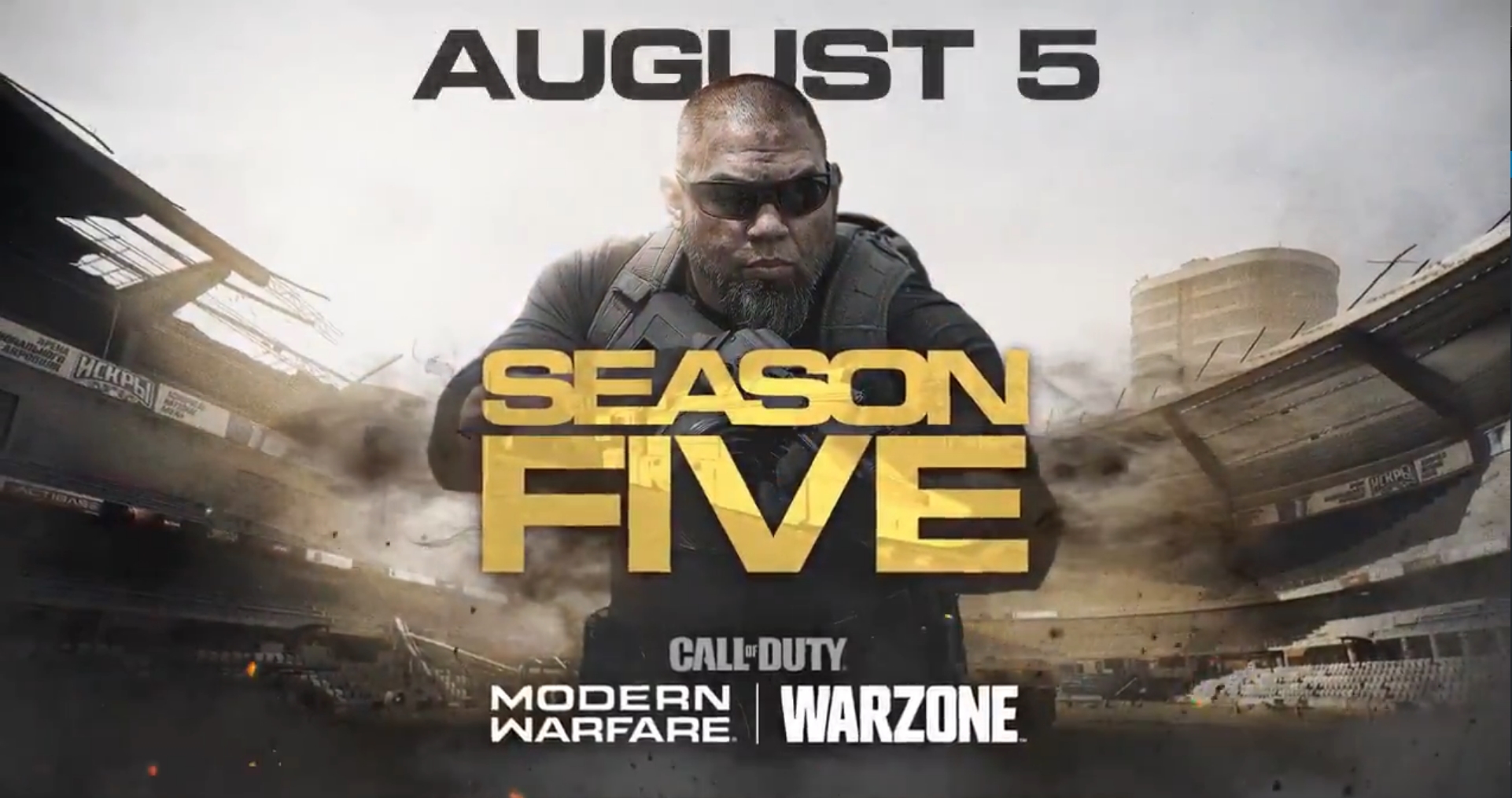 Get ready for a new drop zone—the roof of Stadium has been blown off in the trailer for season five of Call of Duty: Warzone and Modern Warfare.

After teasing it for weeks, Infinity Ward has confirmed that Stadium will open up in season five thanks to a huge hole in the roof. The new area is fully explorable and lootable.

The trailer also confirmed the addition of a moving train that will travel around Verdansk. Players will be able to use it to move around the map—and it looks like it’ll also contain loot.

Related: When does season 5 begin in Call of Duty: Modern Warfare and Warzone?

Throughout the video, a massive amount of new Operator skins can be seen, along with teasers of two new weapons that will be added with the battle pass in season five.