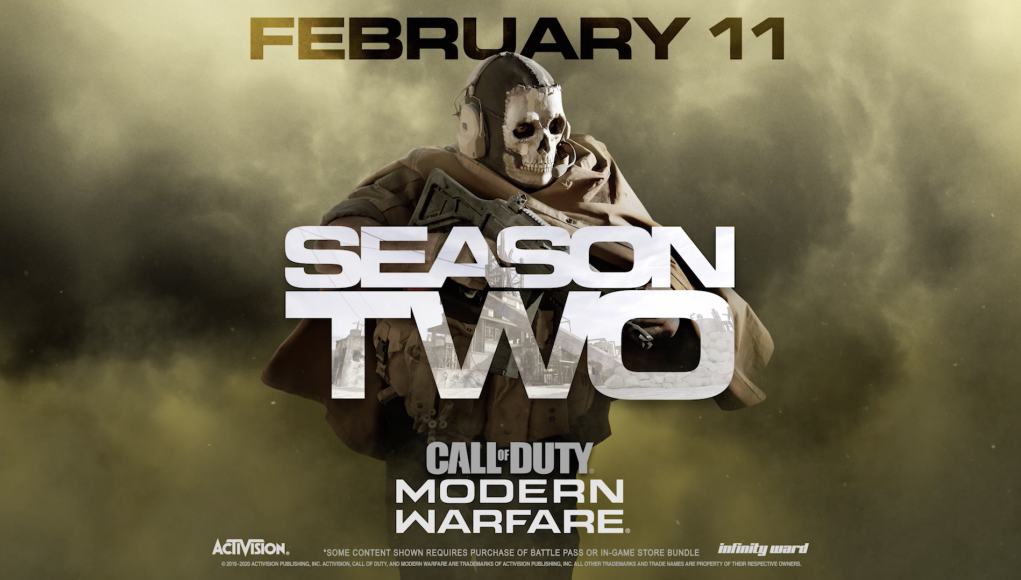 Call of Duty: Modern Warfare’s second content season is nearly upon us, and today, PlayStation revealed an action-packed trailer to tease what it will contain.

The short video confirmed the return of Simon “Ghost” Riley as an Operator, unlocked immediately with the purchase of season two’s Battle Pass. Ghost was a popular character in 2009’s Call of Duty: Modern Warfare 2 and he was teased at the end of this year’s Modern Warfare’s campaign.

The trailer, which leaked over the weekend, confirmed the return of the classic map Rust, also from Modern Warfare 2. The oil refinery in the desert was home to many quickscope sniper battles and will once again surely be used for grudge matches online.

Another season two map, Atlas Superstore, looks to be entirely new, as well as a new Gunfight map called Bazaar and a Ground War map named Zhokov Boneyard. The latter, however, looks like it uses some elements from MW2’s Scrapyard map.