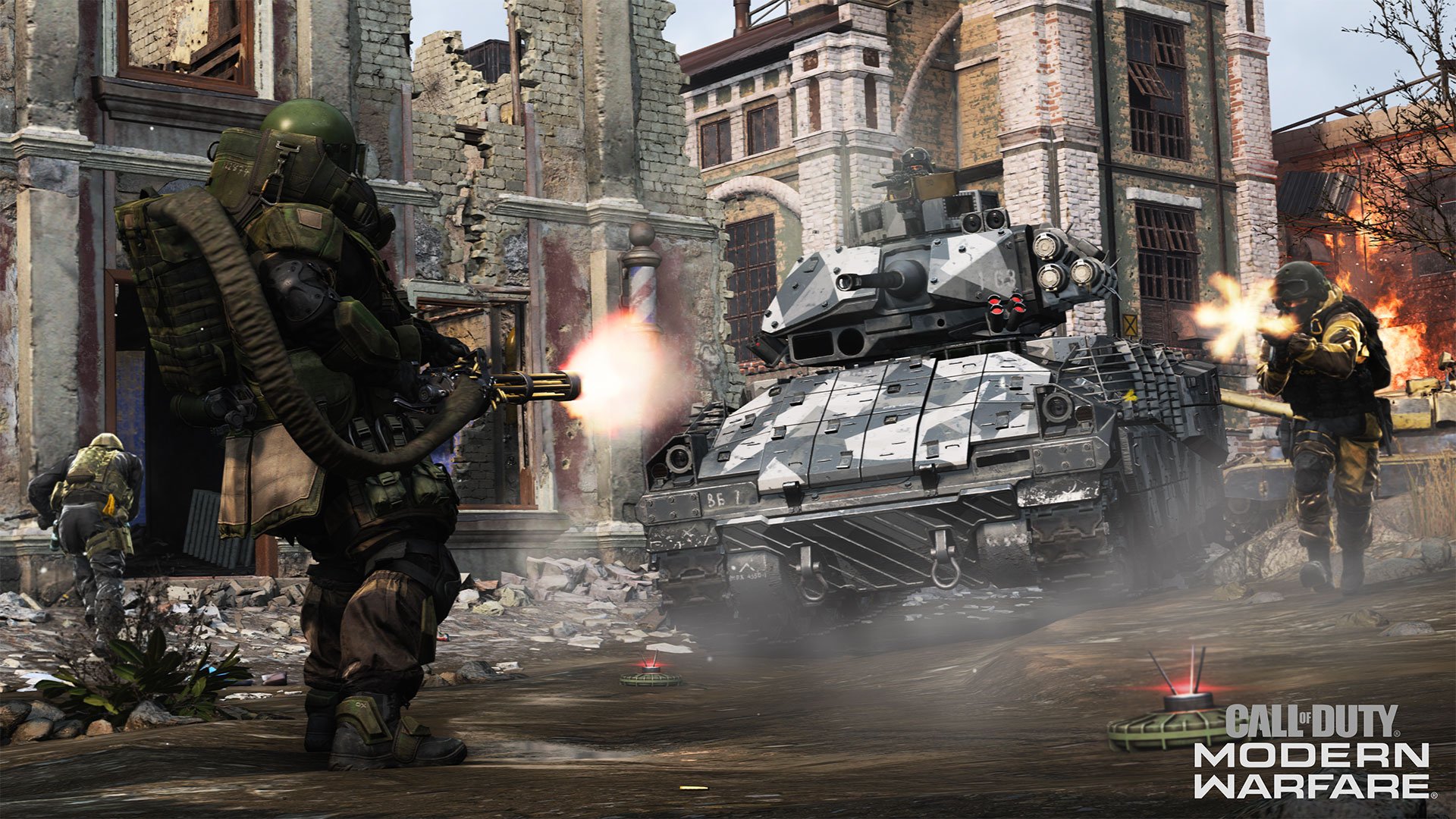 Light machine guns in Call of Duty: Modern Warfare are heavy, loud, and dangerous. This weapon class is sadly slept on due to its weight slowing players down in a game primarily dominated by run-and-gun play, but that doesn’t mean they aren’t viable. This tier list should give you a better idea of which gun is worth spending your time mastering.

Although these weapons aren’t the strongest pick in every game mode, they do excel particularly in Ground War. With 40 players in battle and plenty of ammo to spare, an LMG is a great choice for dropping multiple enemies while posting up in a safe spot.

There are four LMGs in CoD: MW and they all serve a similar function. Ranking these guns is just a matter of determining which one performs that function the best.

Here’s our tier list for the best LMGs in CoD: MW.

The SA87’s small size makes it look more like an assault rifle than an LMG, but it’s this gun’s size that gives it an advantage in mobility over every other weapon in its class. The SA97 also has decent base accuracy that can be used for long-range combat and improved with the Ranger Foregrip and Muzzle Brake attachments.

The problem is that the SA87 suffers in every other stat. It has a lower rate of fire and deals the lowest amount of damage compared to every other LMG. This gun’s average time-to-kill will be lower than others in its class.

The SA87’s decent mobility and accuracy don’t make up for its dismal combination of weak damage and poor rate of fire, placing it at the bottom of the tier list.

The MG34 is the final LMG unlocked and has the highest rate of fire in the class. It also has a strong damage output, so you’ll have no problem with time-to-kill, unlike the SA87.

Problems arise for the MG34 when examining its accuracy and mobility stats, which are both the worst among the LMGs. You can reduce some of these issues with a Ranger Foregrip and Muzzle Brake along with a Reflex Sight.

The MG34 is strong where the SA87 is weak and vice versa, making it hard to recommend this LMG. But there are ways to diminish some of this gun’s issues, unlike the SA87.

The M91 is a powerhouse. This LMG boasts the highest damage in its class and it has strong accuracy and range stats as well. We suggest applying attachments that will complement this weapon’s ranged capabilities, such as the M91 Infantry barrel, Muzzle Brake, and 4.0x Flip Hybrid.

The major downfall of the M91 is its terrible mobility. Using such a heavy weapon in a game like CoD: MW where players are incredibly mobile can be a huge detriment to your overall performance.

This LMG is a solid choice if you can bunker down in a safe spot and don’t have to run around too often. But this won’t often be the situation you find yourself in.

The PKM is the best gun in its class for striking a good balance between power and mobility. This gun’s damage is slightly lower than the M91, but it makes up for it with better mobility and the highest accuracy of all LMGs. Slap on a Muzzle Brake, Reflex Sight, and Tactical Foregrip and go to town on waves of foes.

This LMG performs best at medium range but is also capable of excelling in long-range gunfights. Try to avoid combat in tight quarters. These environments are more suited for shotguns and SMGs. You may not be able to fire back in time before your opponent blows you away.

Whether you’re running around the map or locking down an objective, the PKM should be your first pick for an LMG. And the best part? It’s unlocked at level one.