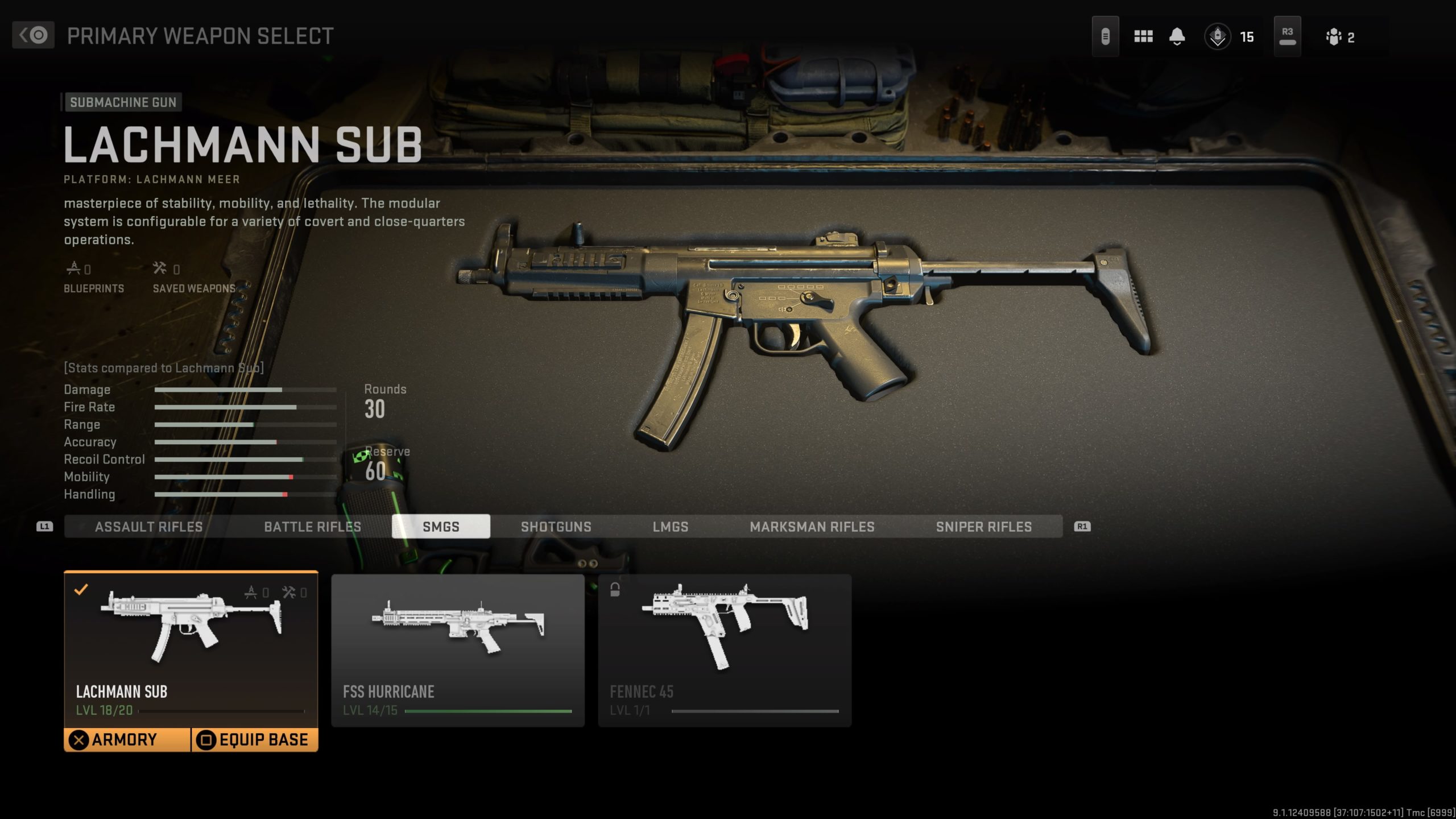 Captain Price, Ghost, Soap, and the whole Task Force 141 gang are back in Call of Duty: Modern Warfare 2, and their modern day arsenal of weaponry is back in the forefront, too.

In MW2, the MP5 is called the Lachmann Sub as it’s part of the Lachmann weapon platform. It’s unlocked by leveling the Lachman 556 until you receive the Lahc-9 9mm Parabellum Receiver attachment. Once you have it, you begin to level up MW2’s MP5.

“The Lachmann Sub’s compact, fully automatic 9mm receiver is a masterpiece of stability, mobility, and lethality,” the gun’s in-game description reads. “The modular system is configurable for a variety of covert and close-quarters operations.”

In real-world usage in a multitude of varieties since the 1960s, the MP5 is a lock to be found in FPS games of several eras, and the modern day setting of the Modern Warfare series is no exception to that rule. FPS gamers love their run-and-gun MP5 playstyle.

Here’s the current best way to load up for the Lachmann Sub in Modern Warfare 2.

The limited attachments in the Modern Warfare 2 beta leave much to be desired, but this set of five will help you stay mobile and in the enemy’s face, and that’s what a run-and-gun SMG is really all about.

Battle Hardened and Double Time are the best base perks to run with right now. Stuns and flash grenades are so incredibly strong that you need to counter them, and Double Time will keep you on the move in the same way.