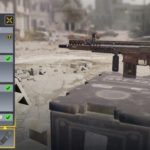 Call of Duty finally became available on mobile devices in the last quarter of 2019. The franchise entered a market that almost looked spoken for with notable battle royale games, like Fortnite and PUBG, owning two big slices of the market. The game’s iconic multiplayer mode and its robotic battle royale design helped establish its own player base, however, and CoD: Mobile quickly became a hit on all reputable app stores.

Despite being a part of the franchise, CODM has its own patch schedule and meta-game. The game features the legendary maps all CoD players know by memory, but the gun changes that hit the live servers alongside content patches can catch you off-guard. Each new season of CODM introduces gun-play updates to keep the game fresh and tests the players' ability to adapt to the always evolving world of CoD.

Talents and training will always play a massive role in how you perform out in the field, but knowing which weapons will increase your odds of winning can get you climbing the leaderboards in no time. The best weapons in CODM all have something that separates them from the rest of the armory like their damage, fire rate, or accuracy.

Although it's difficult to declare a single weapon as the best due to differences between playstyles, some shine more than others. We've gathered the current best weapons in CODM so you can start climbing the ranks faster.

Introduced in season eight, the DR-H quickly became one of the game's better assault rifles due to its high damage and accuracy. The weapon's medium fire rate slightly undermines its close-range authority against some of the SMGs, but if you land the first shot, you'll almost always be victorious in any skirmish.

The OTM attachment increases the gun's damage further from 47, and each body shot deals the same damage of a headshot. If you're struggling to land headshots, the OTM/DR-H combination can be your boost to top every lobby in kills.

Depending on your playstyle, the ASM10 can cater more to your needs than the DR-H. The ASM10 combines high damage with long-range accuracy, making it the ultimate sniper alternative for everyone with an itchy trigger finger.

The gun was nerfed heavily in season eight, but season nine reverted the fire rate nerf, and the ASM10 is back to its old self again. Its damage also makes it a tremendous short-range weapon, and it only takes three bullets to delete an enemy off the map.

The devs may be on the lookout for another way to nerf the weapon, however, since the reversal of a nerf often indicates that there could be a more subtle approach to balancing the gun. Keep an eye on the gun patch notes and gun changes since the king can get dethroned overnight.

The AK-47 is a timeless classic at this point. Though there are easier weapons to control, it's hard to beat the sheer damage output of an AK-47. You'll always know what you're getting with it, and it'll always continue to deliver the damage both in close and long range.

If you can control the AK-47's recoil, it can easily turn into the best weapon in the game since its high damage just shreds through anyone. It unlocks at level 23, meaning it will be one of the first weapons you'll get your hands on in CODM.

Light machine guns are highly situational. More often than not, there will always be a weapon that will do what they do better. Do you need an LMG for close-range fights? Pick up an SMG. Do you need it for long range? Then go for an assault rifle. But one thing LMGs do best is helping you continue your killstreak without reloading.

LMG's gigantic magazine sizes make them preferable by high skill players to dominate public matches. The M4LMG's high damage of 46 and accuracy of 61 makes it the most reliable LMG in the game. The firing rate of 63 makes back-to-back shots easier and can help you take over an objective in a blink of an eye.

Unlocking a bit later in the game at level 115, the UL736 feels like an AK-47 with a gigantic magazine size. Unlike the AK-47, the UL736 features a lower recoil which is the main drawback of the popular assault rifle. There has to be trade-offs, however, and the UL736 sacrifices mobility in exchange for its manageable recoil.

This means that you’ll need to plan your rotations better since you won’t be able to sprint to the other side of the room like you’d be able to with any lightweight weapon. Attaching a stock to increase your movement speed will be ideal to make the UL736 more versatile, and the gun especially shines in long to mid-range skirmishes.

In a game where combat is mostly mid to long-range, there's rarely any ability to get up in someone's face. This renders shotguns rather useless compared to the other weapons, but you can always style through a match with the right choice.

The KRM-262 became available with the season three update, and it combines high damage with nice accuracy. With the right attachments, you can increase the KRM's range even further, increasing your chance to kill in challenging situations. The weapon's increased range still doesn't cover long distances, but you should still one or two-shot anyone from close to medium distances.

In terms of stats, the BY-15 is quite similar to the KRM-262. It’s basically the pump version of the current best shotgun in the game and unlocks sooner at level 30. It has a slightly worse accuracy and the fact that it’s a pump-shotgun reduces its medium-range effectiveness by a good chunk.

You’ll want to rush into rooms or stay in corners and look for that one clear opportunity to land a guaranteed shot. Each blow from this shotgun is also bound to one-shot any enemy, making it a great alternative until you unlock the KRM-262.

The HG40 is one of the first submachine guns you'll have a chance to try out. Unlocking at level 13, the HG40 has recently become a force to be reckoned with overall buffs.

The gun has a non-existent recoil and is heavily effective up to 25 meters of range. You could even squeeze more out of it in long-range skirmishes if you tinker around with the attachments, but this gun should have you set for any type of close-quarter situation.

It has relatively high damage for an SMG at 40 and an accuracy of 62, which is quite hard to match.

The HG40 brings a healthy balance to the table, but it may not be enough for adrenaline addicts that want to run around with a laser beam-like gun.

The QQ9 is like a doped-up version of the HG40, but it loses its accuracy in exchange for its insanely high fire rate of 83. Controlling this weapon is difficult, but it's gratifying if you can pull it off. The kill time is extremely low once you figure out the gun, and its high mobility makes rotating around the map even easier.

Sniper rifles are another category where the competition is at its lowest. The Locus is, hands-down, the best long-range weapon in the game. It can easily one-shot any enemy from the longest distance. Its damage of 84 and 90 range make sure you take no prisoners.

Its 70 accuracy compliments the other stats nicely and makes sure you don't miss any shots. It also unlocks quite early in the game at level 28, which is always a plus. Its damage, range, and mobility can be further improved with attachments, making it the ultimate choice for almost all the maps. Remember to duck once you hear a Locus shot fly by your ears since you may not be that lucky for the second shot.

Though the Locus unlocks in the early stages of the game, you can still wreak havoc as a sniper with the second-best alternative sharpshooter rifle. The DL Q33 is available for players from the moment they install CODM and it is almost as good as the Locus.

Rocking a damage of 82, only two less from Locus, and an accuracy of 62, the DL Q33 is a great tool for getting the hang of spinning as you level up. Try combining this rifle with FMJ rounds for extra penetration against enemy armors, which increases its bullets-to-kill ratio even further.