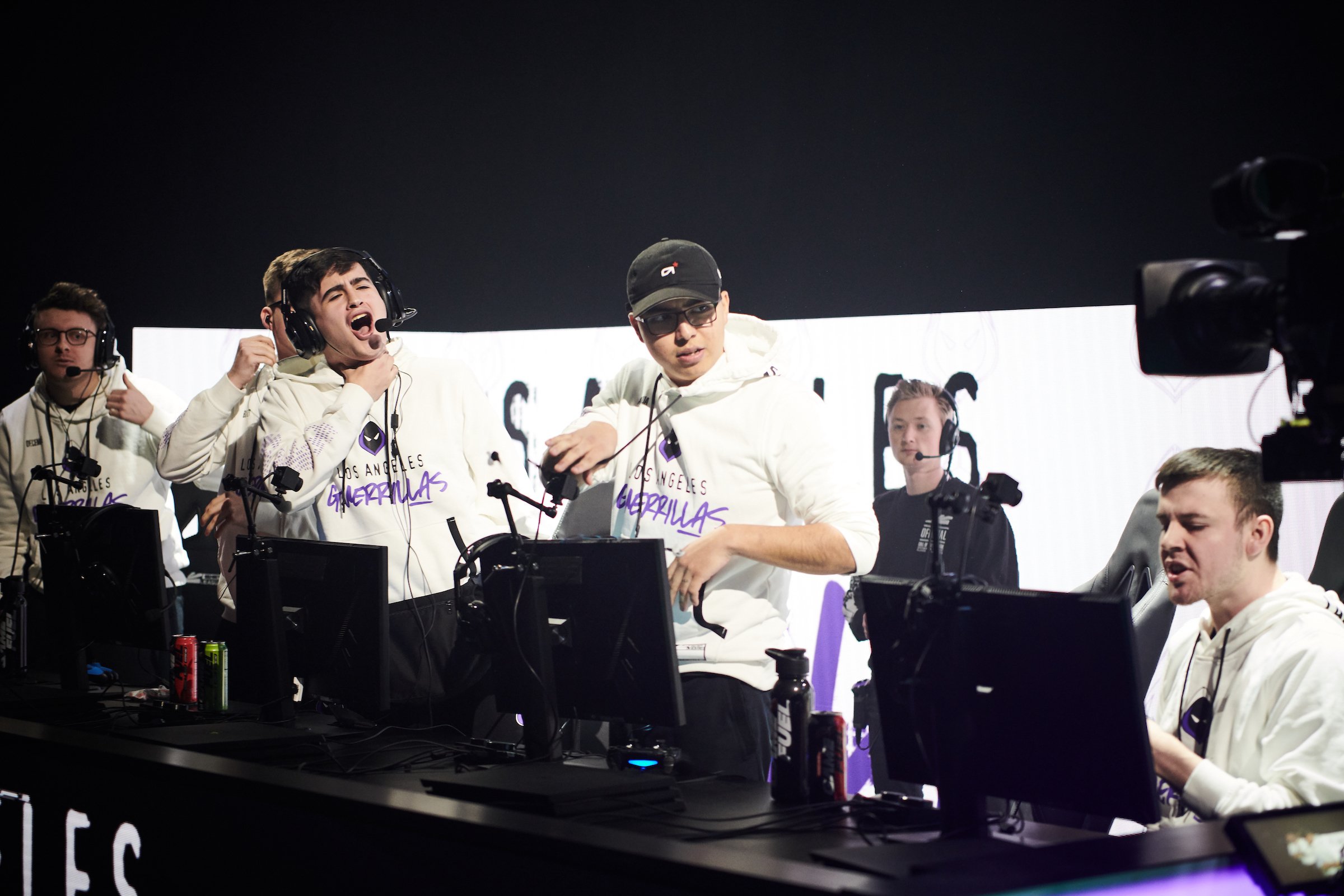 At the halfway point in the season, the Los Angeles Guerrillas are in last place in the 12-team Call of Duty League. The future doesn’t look too bad, however, according to AquA.

Despite having 20 CDL Points while the top teams in the league are nearing 200, AquA says his team, which has undergone a dramatic transformation since Launch Weekend, has shown a lot of improvement since their last event, the Chicago Home Series.

“Our practice has been going really well. Our scrims always go really well, in my opinion,” AquA said. “We either make a pro team rage quit or our scrims get chalked because other teams don’t want to play us anymore just because of how good we are doing in scrims. The progress is definitely there.”

After earning just one match victory through Launch Weekend and the London Home Series, the Guerrillas replaced three veterans—ACHES, Saints, and Lacefield—with a trio of young players. In the roster’s only offline event before the league shifted to an online format amid the COVID-19 pandemic, LAG were eliminated from their own Home Series without a win.

At the Chicago event in late April, the team’s fifth of the season, they earned CDL Points for the first time since January with a 3-1 win against OpTic Gaming Los Angeles. The Seattle Home Series will be the Guerrillas’ first event since then.

Ultimately, the goal for AquA—and seemingly every CDL player—is not to win a Home Series event. The real goal is to win the final event of the year, the $4.6 million Call of Duty League Championship. The event, which will take place in August, will feature the largest prize pool in CoD esports history.

Without a change to the event’s initial format, which only allowed the league’s top eight teams to compete, AquA and the Guerrillas might not have even gotten the chance to earn some of that money.

In the new format, all 12 teams will compete, but the bottom four teams in the final regular-season standings will be at a great disadvantage. The teams that finish between ninth and 12th will begin the tournament in the losers bracket, meaning it’ll take just one defeat to send them home.

Regardless of the obstacles he and the Guerrillas will likely have to clear, the 23-year-old who’s finished in the top four at Champs three times said he’s eyeing the $2 million grand prize. He said he even put $400,000, the amount he’d receive if his team won the event, as his phone’s wallpaper.

LAG’s journey to $2 million top prize resumes today in Group A of the Seattle Home Series, where they’ll play the London Royal Ravens at 4:30pm CT.

You can watch all CDL matches via the league’s official YouTube stream.