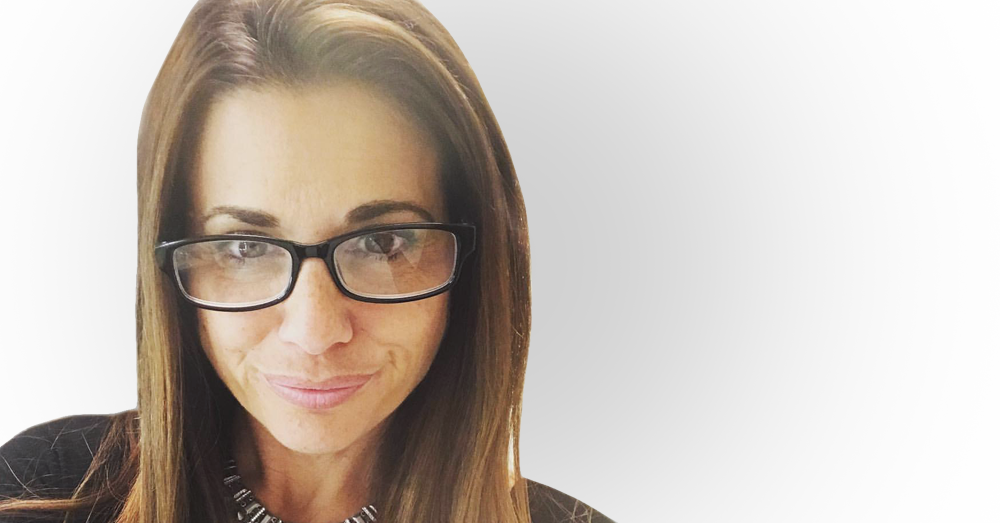 Collette Gangemi set out to disrupt an industry. A footwear industry veteran, Gangemi is leading the esports industry toward a new standard for merchandise. As New York Excelsior’s vice president of consumer products and merchandising, she’s running the Overwatch League team’s fashion branding efforts—making esports-wear cool, something fans want to wear everyday, beyond just at events. Collaborations with brands like Nike, UNDEFEATED, and Champion help, too, all of which Gangemi has helped steer.

“I wanted to disrupt a new sport as it pertains to team apparel as well as team sports apparel,” Gangemi said. “I felt that it was a very underserved community with kind of juvenile merchandise efforts that really had very little fanship.”

Gangemi is the mind behind New York Excelsior’s unique pop-up shop and LAN experience, which is running in Brooklyn, New York until Dec. 23. It’s more than just a store—New York Excelsior fans can play video games, like Overwatch and Super Smash Bros., between browsing the team’s exclusive merchandise drops. NYXL is a lifestyle, a community hub, with a very real connection to the Overwatch League team’s home city—which is not something all teams in the league have been able to establish.

Can you describe a bit about your job with New York Excelsior?

Gangemi: I’m the vice president of merchandising and consumer products for the New York Excelsior. What that means is that I’m in charge of all merchandising efforts for the team, all athlete clothing, as well as any pop-up retail and experimental shopping marketing efforts that we do as a team.

Would you say that’s a unique job in esports at this point?

Absolutely. I think it’s been premature for a lot of teams to hire someone at my level to oversee all merchandising. There’s currently about three teams that have a merchandising arm as part of their staffing. It’s definitely a unique job. I foresee that it’s going to grow as the esports industry explodes and create more consumer awareness for teams. I foresee them hiring a lot more merchandise people moving forward.

What was your background before getting involved with New York Excelsior?

I started out the early part of my career in athletic footwear. So I worked doing products for Converse, Adidas, and then as the head of product globally for DC Shoes and Skateboarding in the mid 2000s. And then I transitioned in 2011 to being the head of consumer products for Red Bull. Red Bull was definitely on the forefront of sponsoring esports teams and athletes and I got a great education for about seven and a half years on esports business. When I was looking for my next opportunity, I met with the New York Excelsior leadership team. I felt it was a really great fit for me moving forward, where I could completely disrupt an entire industry that has been underserved to the community.

What’s a typical day like at New York Excelsior? I’ve heard from others in esports that you can’t really call any day typical, though.

No, absolutely not. In the last few months, we’ve been concentrating on building this very experimental shop and LAN, which has never existed in esports, in Brooklyn. Our days are really packed with designing products, working with our collaborative partners on designing products, having the product manufactured in sixty days, which is super, super tight and rare, and then obviously receiving the product in the store and then setting up. We actually, in the last few months, have compacted what is normally an eight-month plan into about 60 days. We were working about 18-hour days to get this done.

It’s a labor of love, like I said. Ben [Nichol, NYXL’s head of business development] and myself and our small team worked about 18-hour days to really give the consumers something new and original, a safe place to come to. It’s extremely cold in New York right now. They can come and play games, shop, and eat. And in a lot of cases, our consumers come every weekend and they spend eight hours there. They shop then they go play a few games, and they go back and shop, so we have a lot of repeat fans that have come, all since we’ve been open for the last four weeks.

What’s your design philosophy like when it comes to New York Excelsior? Does it differ at all from any of your other design work?

I wanted to disrupt a new sport as it pertains to team apparel as well as team sports apparel. In general, as you’ve interviewed me in the past, I felt that it was a very underserved community with kind of juvenile merchandise efforts that really had very little fanship. Our design philosophy is to partner and collaborate with brands that are leaders in streetwear and fashion and then basically bring team apparel to our consumers that they would want to wear on an everyday basis and not when they’re just at a match or, again, at a LAN center. It’s been extremely successful. The partners that we have we love and we will continue to work with. Moving forward, we’ll even expand those efforts into different categories for the New York Excelsior.

What makes a good partnership for NYXL?

We look for premium brands that create products for both men and women that are well known, have a lot of history, and have a lot of history in New York City. The reason why we collaborated with the brands that we presently collaborate with, which are Undefeated, Champion, Nike, and Melody Ehsani, is because they all have a very large presence and fan base in New York City. We very closely choose the brands that we work with. They also have to have a premium design sensibility, a little more of a clean aesthetic, not juvenile. The brands that we presently collaborated with all have a very similar aesthetic and really really core brand value.

All teams need basically tangible assets that integrate into their everyday life. We want to give fans something that they will wear every day and be proud of. And I don’t believe that the market presently has had that very much for a lot of the teams. I really believe moving forward you’re going to see a lot of teams hire merchandising leadership to give fans more accessibility to a team. When you create a physical product for any team, you’re giving them products that their athletes wear, and then they feel more like it’s an acceptable asset. It’s really an important puzzle piece in creating any kind of esports team, or any sports franchise.

Do you think it’s important for women to be involved in all aspects of esports?

You know, we need to empower women to be parts of all industries. Forty percent of women are actively gaming worldwide, if not 50/50. I’d love to see more women as part of the esports industry. I think you’re really going to see an explosion moving forward of females being part of the industry in different facets. There’s other teams that have management that are women, CEOs that are women. At the New York Excelsior we pride ourselves that 50 percent of our entire leadership staff is women. Our head of partnerships, she’s new and her name is Kai, she’s obviously female. My entire team is female. Our events team has female leads, so we pride ourselves that 50 percent of our staff is female.

There’s a saying in sports for a lot of teams, “shrink it and pink it,” which is one of the most awful things that has happened in team merchandise in any of the sports industries. Here at Excelsior, we want to do the complete opposite, so we have very specific women’s fashionable items and not just a shrunken version of a men’s item.

It’s been wildly successful. In our LAN and shop, about 40 percent of the people that have walked through the door and purchased from our store have been female. That ratio we love to see. It’s just excitement for the future, and the future of our fan base, so we are really positive about the future moving forward.