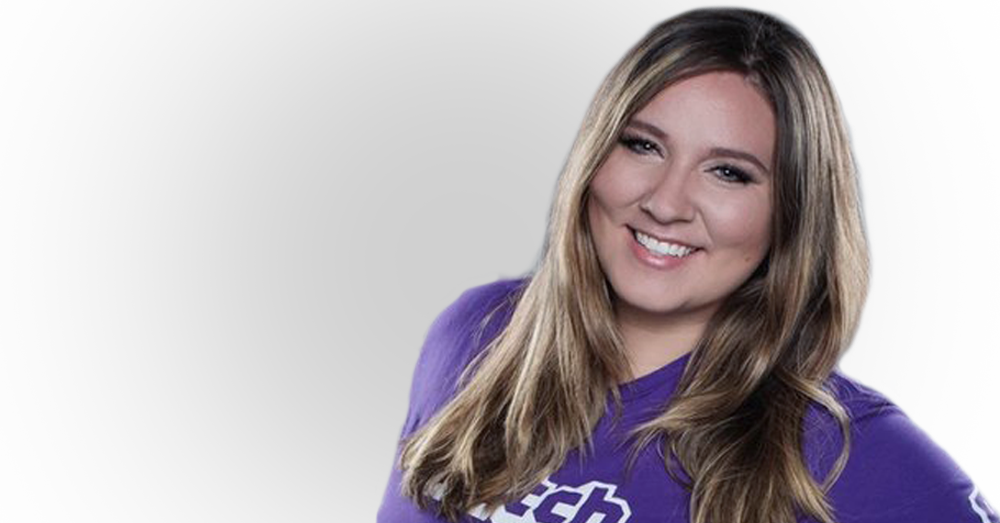 North American esports organization Dignitas works like many other companies: a passionate staff connects throughout the day on a wide-ranging number of topics, from social media to content creation. But halfway through the day, it does something different, VP of marketing Heather Garozzo told us. Dignitas has a half-day break to play games.

“We always make sure to have some time for games,” Garozzo said. “A lot of our staff are former pro gamers themselves or just true gaming enthusiasts, so we like to unwind a bit during the day and play some games.”

For many other companies, a mid-day gaming break might just be a perk of the job—a way to have some downtime and bond with co-workers. But for Garozzo and Dignitas, it’s an essential way to stay connected to the community it serves—pro gamers and esports fans. As a former professional player herself (she’s competed as part of a number of different Counter-Strike teams) Garozzo brings a unique perspective to her job. She knows what it’s like to compete on an elite level, and has the experience needed to bring that perspective to her managerial role.

For Dot Esports’ Women of Esports series, we spoke to Garozzo about her past 20 years in the industry.

What’s your role at Dignitas?

I’m the vice president of marketing for Dignitas. I was promoted a couple weeks ago. Previously I was the director of fan engagement. My role is social media, our website, PR, and live streaming. It’s really about how we use all of those tools to better market our teams, better market our players. Improve our fan engagement and then of course working with our sponsors. How do we create authentic brand activations between our sponsors and our players? Activations that are interesting for our fans. In return, all those great things result in us acquired more sponsors in the future.

What’s changed about your role?

It’s essentially a lot of the same pieces but overseeing more of the strategy than the actual hands-on of posting and doing stream schedules. I’m looking at the bigger strategy. How do we make a great business out of this?

Can you talk about starting in esports as a pro?

I’ve been competing in Counter-Strike since the early 2000s. I played, I guess you can call it professionally, with a number of organizations over the years. One of the bigger ones being Evil Geniuses and I played both the mixed events and then eventually players on a few women’s teams in 2012 when I played with UBINITED and I won the women’s world championship.

What are the benefits of that pro experience moving into an executive role?

I think it gives me an incredible advantage because I understand our players. I understand how it is to compete. When’s the best times to work with them? How do they want to work with brands, while also not necessarily negatively impacting their performance as a team. I’m also a fan myself. I’ve been doing this for two decades now. It helps that I genuinely understand the space. Esports fans, including myself, can be the toughest critics. When we market to them and we promote our brands and our players, we want to make sure it’s an audience that our audience is comfortable with and they respect.

I also did work in the traditional marketing world at a Fortune 500 company so I have a nice little mix of both the hands-on esports experience and then your traditional corporate world, which brings the best of both.

Walk me through what a day looks like for you. One of the consistents with these interviews has been that there’s no typical day in esports.

That’s certainly true. There’s no typical day in esports and that’s what I love about it. It’s always changing. There’s always something going on. I do get up pretty early in the mornings because we are an international team. Half of our teams and half of our audience is in Europe. The morning is figuring out where our players are today, what events are they competing in, what should we be talking about on social? Are we doing any special events that are streaming? It’s getting the lay of the land for the day. We do your typical meetings, check-ups with management and staff, talk about what projects we’re working on. We did a fun one last week, a charity drive. We usually have some sort of announcement, like a roster announcement or a new sponsor to check up on. In between the work day, we always make sure to have some time for games. A lot of our staff are former pro gamers themselves or just true gaming enthusiasts, so we like to unwind a bit during the day and play some games. Later in the afternoon we focus on our North American audience and players. What are they up to tonight? What great content is being made on streams? Who’s traveling where? It definitely changes every day. What I love about it is that we do make time for games and making sure that this is a career and we’re having fun, too.

It’s not only a great way to keep employees happy but to really know what’s going on in gaming.

We make a point to know and understand all the games that we compete in. We’ll rotate through those different games. We obviously have our usual biases based on the community’s we came from, but it’s really important to use that we can speak the language of our players and fans. All of management has dabbled in the different games we compete in, as well as the games we’re looking to get into.

I want to share what is so special about esports to the broader world. The non-endemic space. I have been doing this for 20 years now. Years ago, before it was as popular as it is now, I was so gung-ho about telling people why this is so special and no one really believed me then because it wasn’t being live streamed, it wasn’t on television. It wasn’t in the media. And now those doors are finally starting to open. It’s becoming more part of mainstream media. It’s on par with traditional sports. I am so passionate about sharing what makes esports and what makes our team so special. They work incredibly hard. Because we work with the Philadelphia 76ers, a lot of our athletes train very similar to these NBA players. I think that’s something that’s truly fascinating. I believe the broader world needs to know that and respect that, that they work just as hard as traditional athletes. To me, that’s one of the biggest parts of my job, just sharing what makes this so special.

There’s also the women’s component. I used to be the only woman in the room. A lot of my female friends didn’t understand why I was so interested in gaming. I had no female role models to look up to then. I truly care about helping our women’s Counter-Strike team. As a woman in a management position as well as our women on staff, I want to serve as role models for young, aspiring women gamers.

How has the industry changed in the past 20 years?

Certainly there are far more opportunities both in a career-space and the competition space. It used to be difficult to find out how you can get started in gaming. Now there’s youth esports and colleges supporting it. I could have never imagined it, back when I was in college I think we had a Counter-Strike tournament in the library and you got a $25 gift card. Now you’re getting scholarships. Our women are doing summer camps with the University of California system. That’s something that’s changed. I’m also not the only woman in the room anymore. Fifty percent of our staff are women. I was just at DreamHack Atlanta and it’s not just women, but families. Little kids. I would have never expected that years ago. We actually hosted a party for our Rocket League team at Buffalo Wild Wings. There were so many families! Moms, dads, brothers, sisters… all showed up to meet our players and get autographs. And they traveled across the country to go to this.

That’s not something that necessarily happened years ago. I just love that it’s being more accepted at all levels. There’s just so many more opportunities. A lot of people ask me how to get into esports or how to work in esports. And my answer back to them is that almost any career that you can imagine going down a traditional path, including the sciences, you can do that in esports now. We have sports psychologists and team doctors. We have software engineers, graphic designers, anything you can imagine. It’s applicable to esports. I think that’s fantastic.

That’s a great point. And it kind of helps more parents be accepting of esports.

Yeah. It definitely is. You can find those traditional careers, but focused on the industry that you love.

I also love that you brought up parents. I brought my mom to an esports event 10 years ago, when I was 20, and she felt so awkward being the only parent there.

I do Counter-Strike observing on the side. It’s my hobby. My mom’s come with me to a few events now. She came to ESL One Cologne, which just blew her mind. She went to the PGL Krakow Major. She doesn’t stay and watch every game, but she was impressed by how into it the crowd was.

Going back to being a woman in esports, why is it important for women to be involved in all areas of the industry?

As far as the pros go, to me it’s always a numbers game. There’s not a lot of female professional [gamers], but in general, there’s not a lot of pro gamers, compared to how many gamers there are. It’s really difficult to become a pro. If you take one percent of gamers that are pros—I’m just making up this number—and those are men. One percent of female gamers is a really tiny number. We already have a small pool. For me, it’s important to just get more women interested in competing and then we’ll see some of those pros rising to the top. As far as managerial and the business-end, definitely important. Diversity is a great initiative. I think it’s important for young women to see that there are career paths for them with people that they can relate to. That’s certainly something I didn’t have years ago.

Do you have any advice for anyone looking to do a role similar to yours?

A lot of it is about networking. Try to meet people at events. Try to join communities. I got started a lot of times just joining simple women’s communities. I got to meet other women in the space. A lot of those women that I met 15 years ago now work at places like Twitch, for example. Networking is incredibly important. Don’t be scared to start with something on the smaller, part-time end. I actually started with Dignitas as a team manager, and now I’m the VP of marketing. There’s a lot of opportunities out there for teams that are quickly expanding. Maybe you won’t start at a VP level. There’s a shortage of people who both love esports have business experience. There’s a lot of opportunities out there.