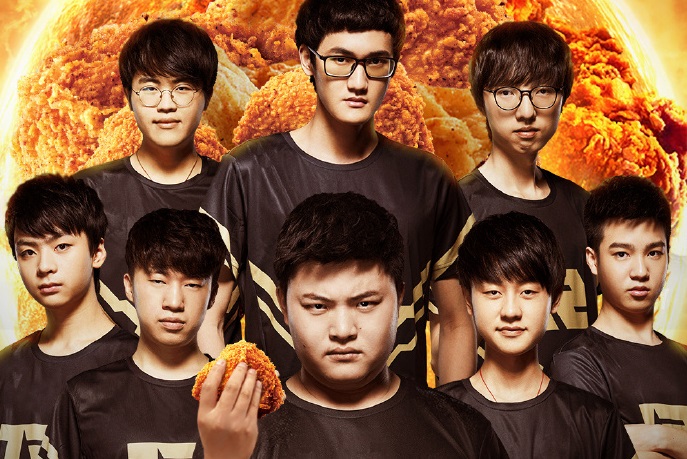 Photo via Royal Never GIve Up

RNG posted the announcement on Chinese media site Weibo this week alongside an absolutely epic promotional graphic. Imagine it: a glowing sun back-lights eight League of Legends players, only the sun is a glimmering, golden piece of fried chicken. The Esports Observer reported today that the partnership is a one-year deal. Terms of the deal have not been disclosed.

RNG is also sponsored by Mercedes-Benz, Lynx, and Logitech G. KFC is another big name for the Chinese League team; market research firm Millward Brown declared KFC the “most powerful foreign brand” in China as of 2013. The restaurant has continued to be popular in the country, with a reported market share of 11.6 percent as of 2016, according to Euromonitor International. (McDonald’s has a 5.6 percent market share, Business Insider reported.) KFC has more than 5,000 restaurants in China.