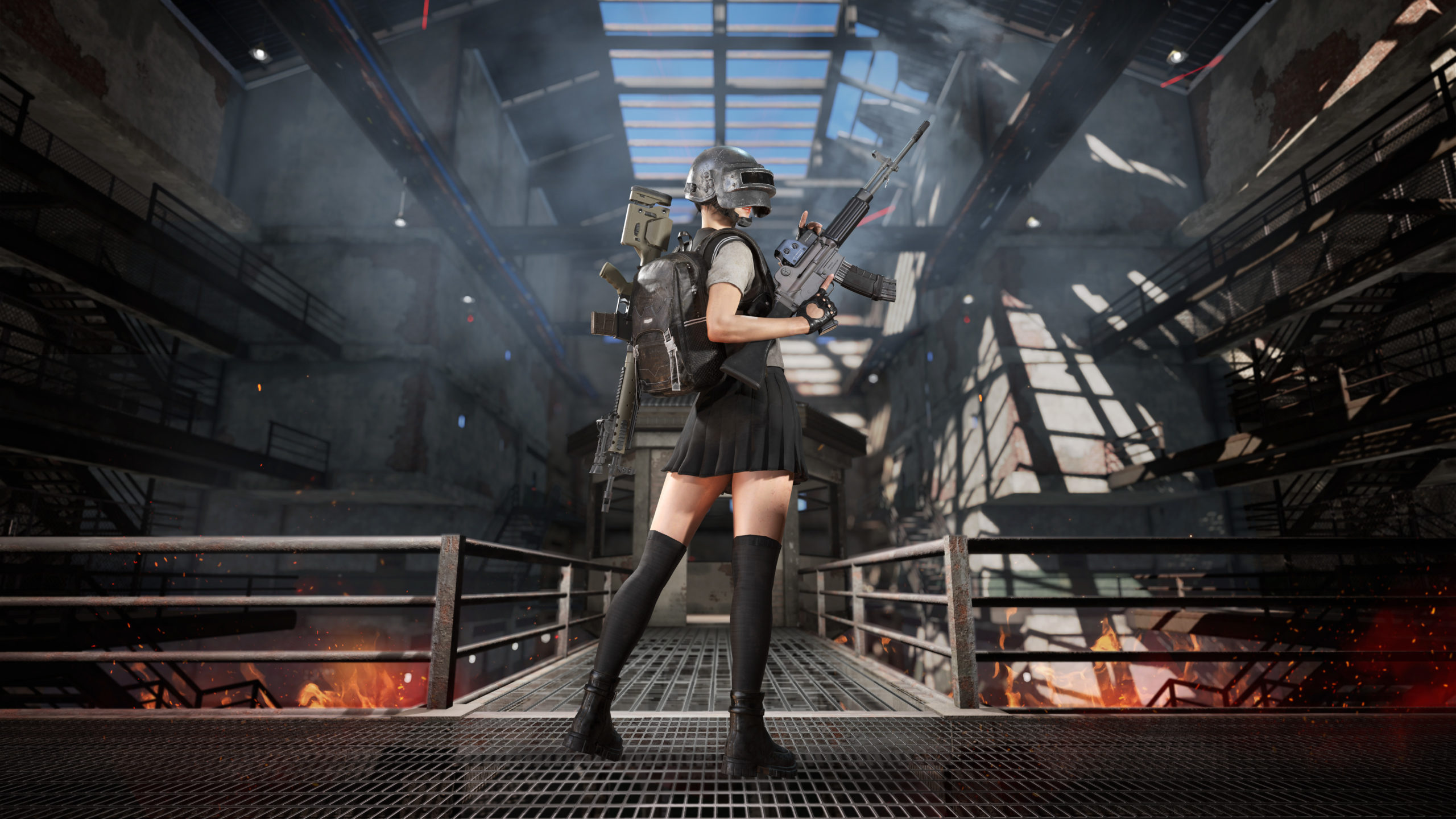 There was a time when finding a quality free-to-play FPS was tricky. Now, many AAA game developers are pursuing the free-to-play model—which varies from game to game.

Nowadays, revenue pulled from purchasable in-game content, like weapon skins, is more popular than ever—capitalizing on virtual goods you can’t touch. For instance, when it comes to the Steam Community Market, Valve earns on each transaction, pulling a small fee for every skin bought and sold. This translates into large amounts of passively generated income for relevant parties.

Developers and publishers are not as reliant on the initial price tag of a game. Purchasable in-game content is massive: DLC, seasons, skins, and the like each rake in the dough. The trick is getting gamers through the door and then introducing paid content. It’s no wonder so many big-name multiplayer games are going the free-to-play route.

The competition is fierce for the best free-to-play FPS games. Here are the top contenders, ready to be installed and played at a moment’s notice.

Launched in 2017, PUBG is defined as the Battle Royale that started it all. Despite being over five years old, PUBG only recently went free-to-play in Jan. 2022. Now, everyone and anyone can parachute into the battlegrounds, land in strategic locations, loot guns, ammo, and supplies—all in an effort to earn that elusive Chicken Dinner.

PUBG pits one hundred players against each other in an unforgiving firefight until only the last player or team comes out on top. PUBG isn’t the type of game where you jump in for the first time and start dominating⁠—it takes time to grasp the mechanics, controls, and pacing. This isn’t a run-and-gun style of game like Fortnite; the slew of weapons at your disposal feature significant recoil, forcing players to take shots carefully. The ‘gun feel’ is nothing like Call of Duty or Apex Legends. Players learn quickly that aiming down sights is mandatory—there’s no reward for shooting from the hip in PUBG. This is the PUBG allure: fights are tense and tactical in their own unique way.

Although other popular shooters have put their own spin on the battle royale genre in recent times, PUBG remains a classic that many keep coming back to.

Halo is no stranger to the shooter genre. Developed by 343 Studios and published by Xbox Game Studios, Halo Infinite has arrived, free-to-play for Xbox and PC for the multiplayer (full price for the campaign portion). While many argue that the Nov. 2021 launch left much to be desired, content has slowly but surely been added as post-launch continues amidst the 2022 developer roadmap.

Despite Infinite lacking content at the initial release, the team at 343 has been working on adding new maps, modes, performance fixes, and improving the battle pass to keep players incentivized to keep playing. Infinite is a refreshing iteration of the long-standing series. The gameplay still feels like Halo, considering new weapons and abilities being introduced with mostly positive reception. The Skewer feels extremely satisfying landing on unsuspecting enemies, while the Grappleshot makes traversing hallways and corridors an exciting new way to get around. Classics like the Energy Sword and Rocket Launcher haven’t skipped a beat. The balance between new and old hits the mark in Halo Infinite, which is a welcome sight to all generations of Halo fans coming together.

Released back in 1999 and originally a mod for Half-Life, Counter-Strike pioneered a generation of competitive shooters for decades to come. Now, 2012’s Counter-Strike: Global Offensive still uses the same tried and true formula from the original, just available on a newer engine.

Despite showing some age, CS:GO remains the number one first-person shooter amongst the esports scene. In 2021, the estimated prize money for CS:GO tournaments stood at 21.17 million U.S. dollars, making it the online game with the highest cumulative prize pool in that year. The money is out there for players dedicated enough to go all-in on Counter-Strike.

Just keep in mind, the competition here is fierce.

Those who play the game religiously are insanely good, constantly pushing the skill ceiling that competitor shooters lack. Movement and weapon mechanics (recoil and spray) set Counter-Strike apart from others. Aside from scoped sniper rifles, Counter-Strike’s aim mechanics utilize a simple crosshair at the center of the screen to gun down enemies. No aim assist, iron sights, or anything fancy. Just aim and shoot.

For newcomers, jumping into CS:GO requires practice, patience, and a desire to be great. If you find yourself playing alongside a group of dedicated players, the rewards are out there for anyone with the dedication to get good.

Currently, there are 18 playable Legends in Apex, with each bringing something different to the table. Each Legend and their own strengths, abilities, and playstyle. It’s rewarding figuring out which Legends pair up better with one another. For instance, Valkyrie, Gibraltar, and Ash combine for superior movement, survivability, and damage output. Despite each character providing unique skillsets, Apex does a solid job of rewarding personal skills over Legends’ abilities.

VALORANT takes inspiration from Counter-Strike’s playbook, rivaling the classic shooter with an excellent take on the competitive 5v5 blueprint.

Instead of Terrorists and Counter-Terrorists, Agents with unique talents make up the cast of playable characters. The main game mode, Search and Destroy, is similar to CS:GO’s bomb defusal bread and butter formula, but with a twist. In addition to buying weapons, you’ll choose an Agent at the beginning of each match. Each Agent has an ability, ranging from healing allies to making walls appear out of nowhere. For instance, Reyna’s Devour allows her to consume soul orbs and heal herself, allowing her to play independently without relying on others. Or, Raze’s Paint Shell allows him to throw grenades that explode twice, causing huge damage to enemies. The ability recharges after every two kills, influencing an aggressive playstyle.

The parallels between CS:GO and VALORANT don’t stop at gameplay. Various pro CS:GO players have migrated to VALORANT over the years, seeking new challenges, greener pastures, and opportunities. There’s no shortage of big names who’ve made the switch, which speaks volumes to how well-received VALORANT has been.

The COD franchise’s latest attempt comes in the form of a free-to-play battle royale. Call of Duty: Warzone does a lot of things differently compared to previous COD installments, as well as spruce up the BR monotony that’s been seen in other titles.

The map is enormous; up to 150 players can jump into the action on one server and engage in intense firefights. Buildings are individually custom-designed, improving upon the cookie-cutter templates of competitor shooters like PUBG. Limited loot randomness and a more simplified inventory is a welcome sight. You’re rewarded for clever gameplay, positioning, and skill—not just the top-tier loot you happen to stumble across.

Battle Royale isn’t the only mode available with the free-to-play Warzone. Plunder, the other game mode, takes place on the same map but allows unlimited respawns. The goal is to collect cash from boxes, missions, fellow players, airdrops, and downed choppers. It’s like battle royale and deathmatch come together with a twist.

Destiny 2 is currently Bungie’s flagship title. Although the days of Halo: Combat Evolved, Halo 2, and Halo 3 are long behind us, Destiny 2 inherits pieces of the winning formula that made the first three Halo games special.

Destiny 2 shines when you have a clan to play with; sharing the experiences with friends is what sets Bungie’s long-standing franchise apart from similar shooters.

There’s a deep story found within Destiny 2 that features expansive histories and deep lore. In the past few years, the game has gone through significant storytelling shifts, with emphasis put on characters and the world around you. Although these stories involve expansions that are going to cost you, the core game remains free to play.