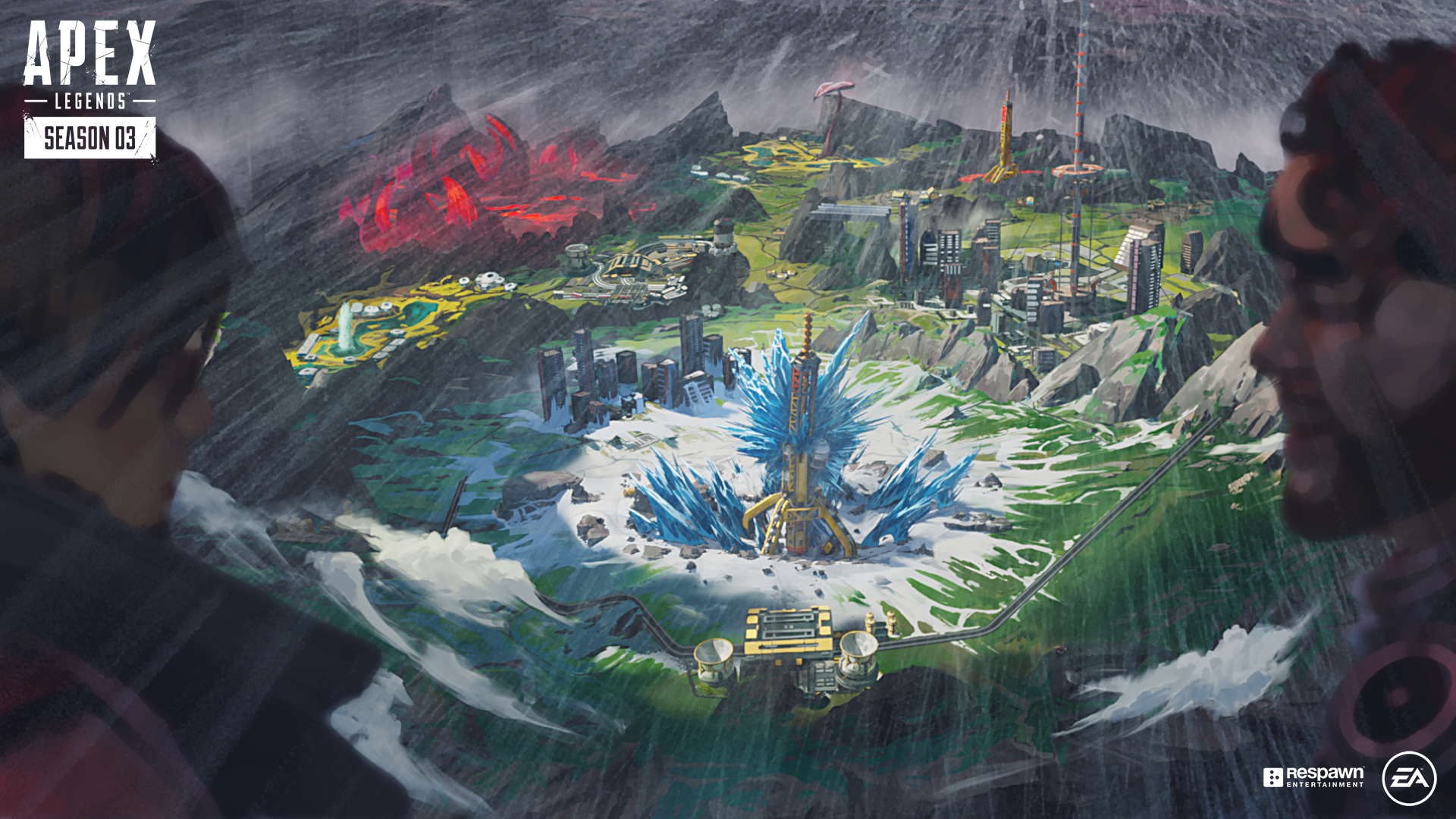 After teasing season three last week, Respawn Entertainment has finally given Apex Legends fans an overview of the battle royale’s newest map, World’s Edge, and all of its drop locations.

Like Kings Canyon, World’s Edge is on an island. And as previews of the season revealed last week, the bottom portion of the island is engulfed in lava. There are a few drop locations in the lava, including an area called Thermal Station and one aptly-named Lava City. On the other side of the map, a large chunk of the island is frozen with a location called the Epicenter serving as the center of the chill.

There are other areas scattered across World’s Edge that are densely populated by buildings and may serve as popular drop locations when the map launches on the live servers. There’s an area called Skyhook and one named Capitol City, both of which seem to be towns full of buildings.

World’s Edge boasts one of the most highly-anticipated features of the new map: a moving train. The train tracks run along the edge of the island with a detour toward the middle of the map. There are a few split roads and a dead end along the route. It’s unclear how the train will function when it approaches these diverged paths or if it’ll stop moving after reaching the end of the track.

Fans will be able to explore World’s Edge when the season launches tomorrow.