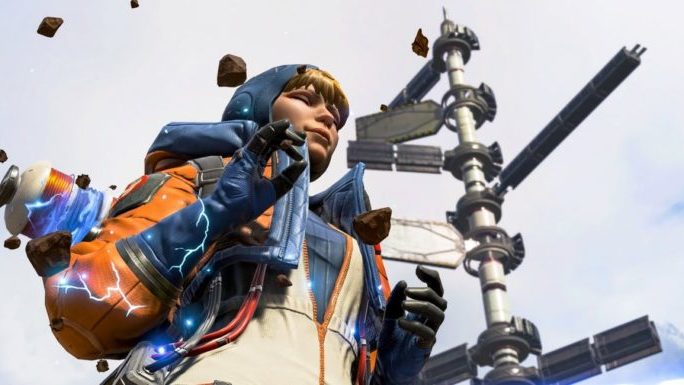 When season two of Apex Legends was introduced, it shook up the meta with new attachments, a new legend, and Ranked Leagues. But some changes have fans begging for nerfs.

Most fans would agree that the state of Apex is more balanced than it ever was. All weapons are viable in competitive play, the ranked system (mostly) pits people of equal skill against each other, and every legend has an opportunity to pull out a victory.

Disruptor rounds, the bane of everyone’s existence, were introduced in the first patch of season two. And they definitely are causing an uproar.

The hop-up, which can be attached to the RE-45 pistol or the Alternator submachine gun, uses rounds that shred through enemy shields faster than normal bullets do.

The Alternator is a gun that can be found everywhere, giving players easy access to set up the overpowered weapon. The season two patch also buffed the Alternator’s damage, from 13 to 15 per round, creating a huge spike in usage.

The disruptor rounds are especially dangerous to Wraith, Lifeline, and Pathfinder, who suffer from the “Low Profile” debuff, which increases the damage they take by five percent. An Alternator can mow these legends down before they even realize what hit them.

Respawn’s development team did attempt to balance out disruptor rounds, nerfing the shield damage multiplier from 2.26 to 1.7, but it did little good. The Alternator continues to be one of the most used weapons, and, in order to further balance the game, disruptor rounds must be nerfed.

Though Wattson, Apex’s newest legend, isn’t necessarily an overpowered character, her effect on the meta is undeniable.

Apex fans are complaining of a “camping” meta, in which teams use defensive characters to set up in a house and wait out the ring. And Wattson is the reason for that.

Her defensive abilities, Perimeter Security and Interception Pylon, allow her to set up an impenetrable fort. Electric gates permit players from rushing in, and the pylon shoots down any projectiles thrown inside.

This strategy has widely changed what Apex matches look like, especially in ranked mode where teams are greatly rewarded for surviving longer. Though Wattson’s abilities are unique and interesting, Respawn needs to do some reworking to quell players’ frustration.

One suggestion for fixing this might be giving Wattson the same “Low Profile” debuff that other legends suffer from, since her hitbox is fairly small compared to other champions. Making the electric nodes and pylons easier to destroy would also help teams break into buildings easier. And releasing a new legend that specifically counters her would balance out the meta, and lead to more dynamic gameplay.

Season two’s patch also increased the damage players take when outside of the ring. Admittedly, this did help matches progress quicker, and force players to fight earlier in the game. But, that ring hurts.

The ring damage was changed to the following:

At round four, players can’t last more than eight seconds in the ring without dying, with each tick hitting you every second-and-a-half.

The effect this has on the meta is, overall, a good thing. But the camping strategy makes the ring even more dangerous. Players can camp at ideal locations, set up inside a building, and shoot unsuspecting players trying to enter the ring. Couple bullets with huge ring damage, and players don’t have a chance.

It is now more important than ever to be cautious of where you are on the map, how long you loot, and whether or not you engage in a firefight when the ring is closing. Again, these are good habits to pick up in any battle royale. However, the damage per tick can be decreased a bit until the camping meta dissipates.