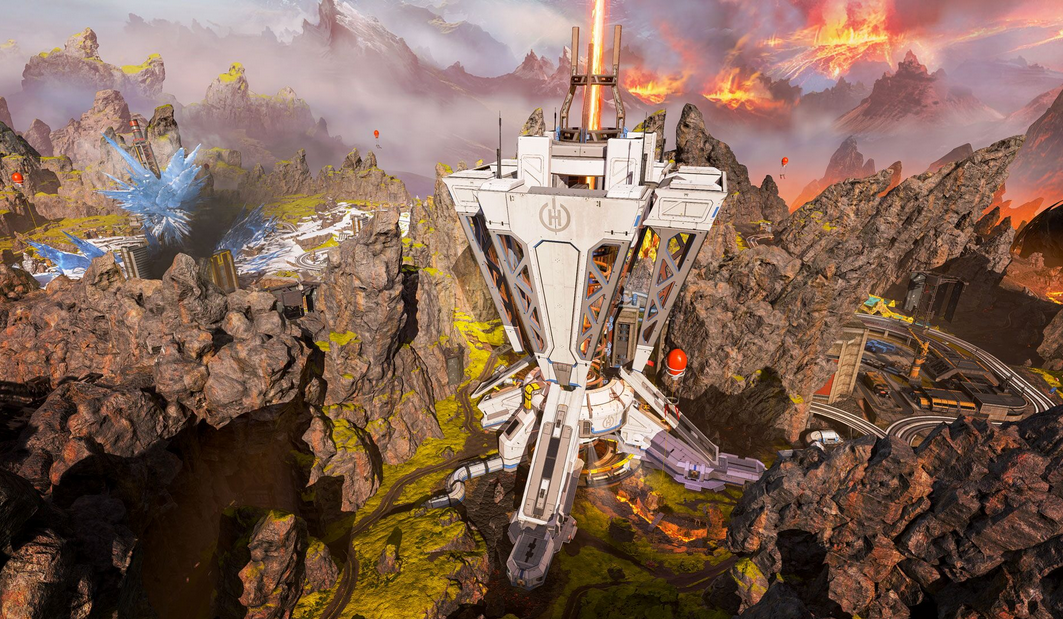 Players who thought Revenant would be the most lethal addition to season four may need to think again. Apex Legends introduced a Planet Harvester to the map yesterday and it can kill players who cross its path.

The colossal machinery has a beam that shoots up into the atmosphere. If the dropship passes through it, players still inside it will instantly die.

The Harvester sits in the middle of the map and shoots up a beam that can serve as a compass of sorts to players. The dropship can go directly into the ray at the start of the match because its trajectory is randomized. Players still in the ship when it goes over the beam will die, however.

The issue is likely a bug and has been added to Apex’s developer tracker, where players can follow what subjects the development team is working on. It’s possible that the Harvester beam is supposed to kill players, but that the dropship’s trajectory isn’t meant to cross paths with it.

The Planet Harvester was placed on World’s Edge by fictional company Hammond Robotics and is an actual point of interest during season four. Its approximate location was revealed by a previous map teaser, which placed a gigantic Hammond Robotics hologram close to the area that houses the structure during the season.

The Harvester is also responsible for several map changes to World’s Edge. Its extractive activities pushed the scenery to its limits and caused lava-filled ruptures in some points of the map, including Capitol City. The location is now split into two different points of interest.