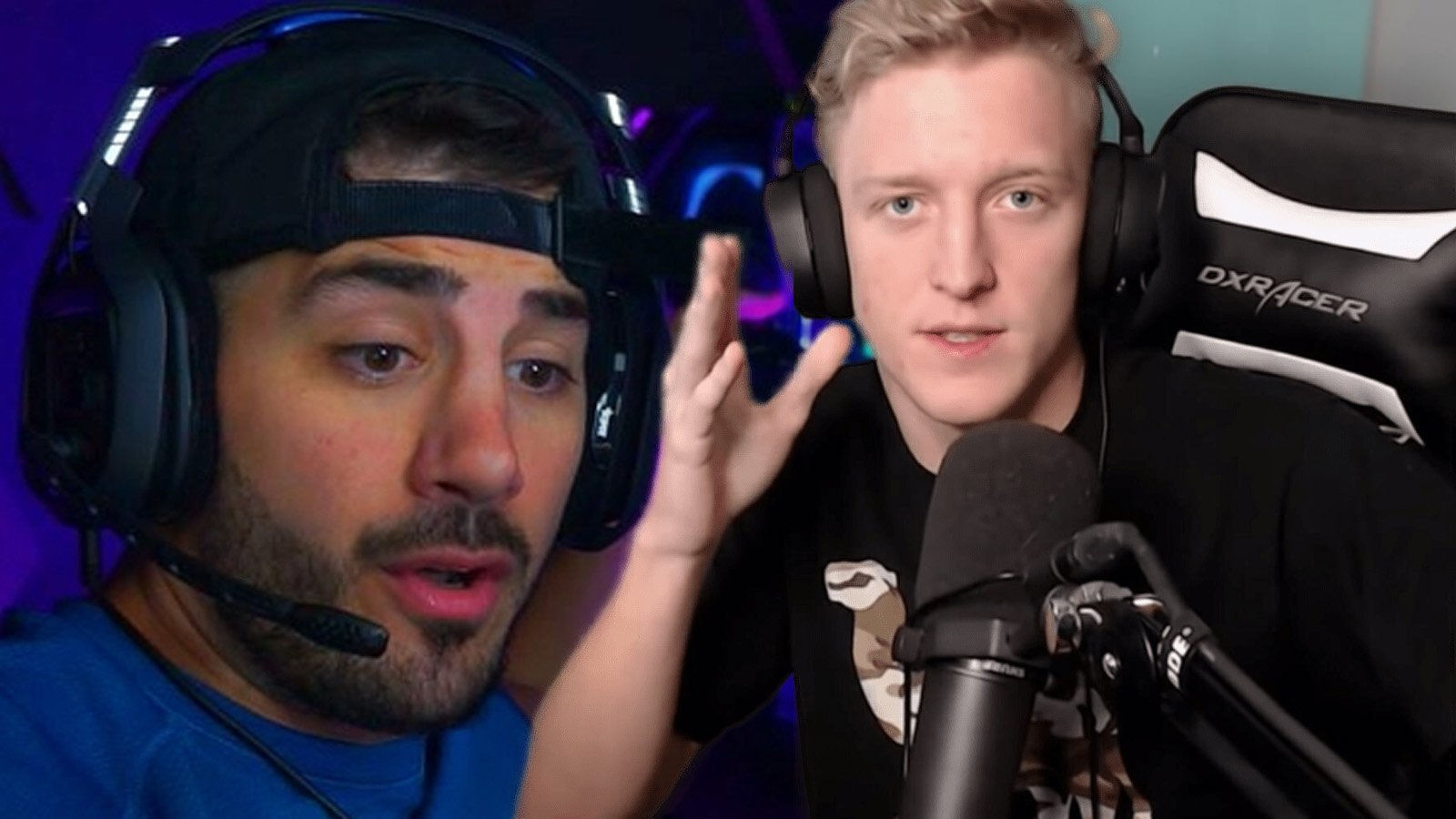 Screengrab via NICKMERCS and Tfue on Twitch

In response to the backlash from pro Apex Legends players over Nicholas “NICKMERCS” Kolcheff and his team, Tripods, being invited to the ALGS Pro League, long-time battle royale star Turner “Tfue” Tenney has urged the organizers to invite more, not wind back the invites.

NICKMERCS team finished 10th in the ALGS Last Chance Qualifier 2, which meant they qualified for the next Pro League season over teams already in the league.

The backlash wasn’t directed at his team specifically, but more so at the qualification process. For example, Apex pro Charles “Clane” Lane claimed the one event “undermined” an entire year of performances in the Pro League.

However, Tfue, a former Fortnite pro himself who has since turned away from the competitive tour to stream full-time, doesn’t think it’s a big deal. The Twitch star claimed battle royales are less competitive, and more of a spectacle than other esports titles. In that vein, added star power can only help the scene.

“At the end of the day right, you’re playing a competitive battle royale,” he said. “If I owned Fortnite or if I owned Apex, I’d be inviting every big streamer to fucking play in my events, no matter how much money is on the line.”

Tfue said the people who are still bitter about it should just go and play “real competitive games” instead, like VALORANT, Counter-Strike, Rocket League, and League of Legends, all of which are much harder for eager streamers to break into.

The one exception is Michael “Shroud” Grzesiek, who joined Sentinels VALORANT roster on July 8, and has been popping off even more ever since, much to the delight of his new roster teammates.

Of course, he was a former CS:GO pro, so that’s made the swap easier.

NICKMERCS has experience as a competitive Gears of War player too, winning three major events across his career between 2010 and 2014, so he can certainly hold his own in the furnace of competitive gaming.

Not only does this mean he has the skills to play Apex at the highest level, he also has the star power to drive up viewership, as evidenced by his 6.5 million followers.