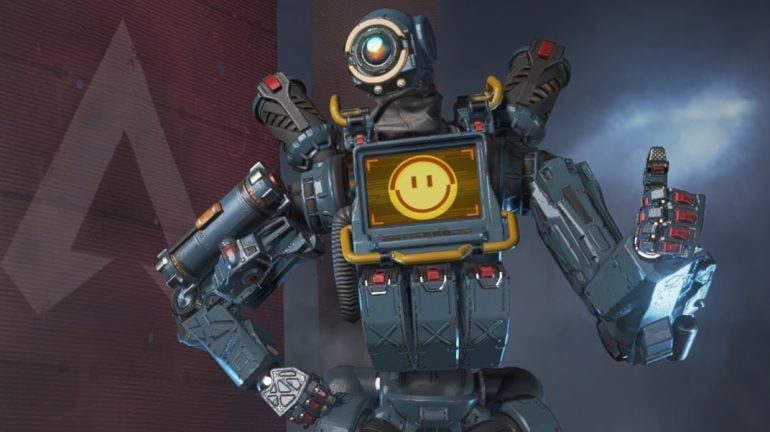 Apex Legends’ most-lovable robot has a new way to flex his Spider-Man muscles.

One Apex fan posted a video on Reddit yesterday that shows a hilarious interaction between Pathfinder and Crypto’s surveillance drone.

Although the aerial drone has a tiny hitbox, Pathfinder’s Grappling Hook (Q) can still attach to it and give the robot some serious hang time. By flying the drone skyward as soon as the hook attaches, Pathfinder can travel a great distance.

Related: You can use Pathfinder’s Grappling Hook on the train to get a speed boost on Apex Legends’ new map

Aside from being a fun way to fill time while waiting for the ring to close, the interaction doesn’t seem like it can provide much of a competitive advantage. As players get more familiar with Crypto’s drone, however, this can potentially lead to some great flanks or escapes.

This isn’t the first time that Pathfinder’s Grappling Hook has been used to interact with the environment, however.

After Leviathans entered Kings Canyon due to the destruction of the Repulsor, players found that grappling onto their leg as it lifted could skyrocket them upwards—and in some cases, save their life.

Pathfinder can also hook enemies, stopping their movement and bringing them in melee range for a quick uppercut.

So the next time you see a surveillance drone eavesdropping on your location, hook onto it and give the enemy Crypto a show they’d love to watch.