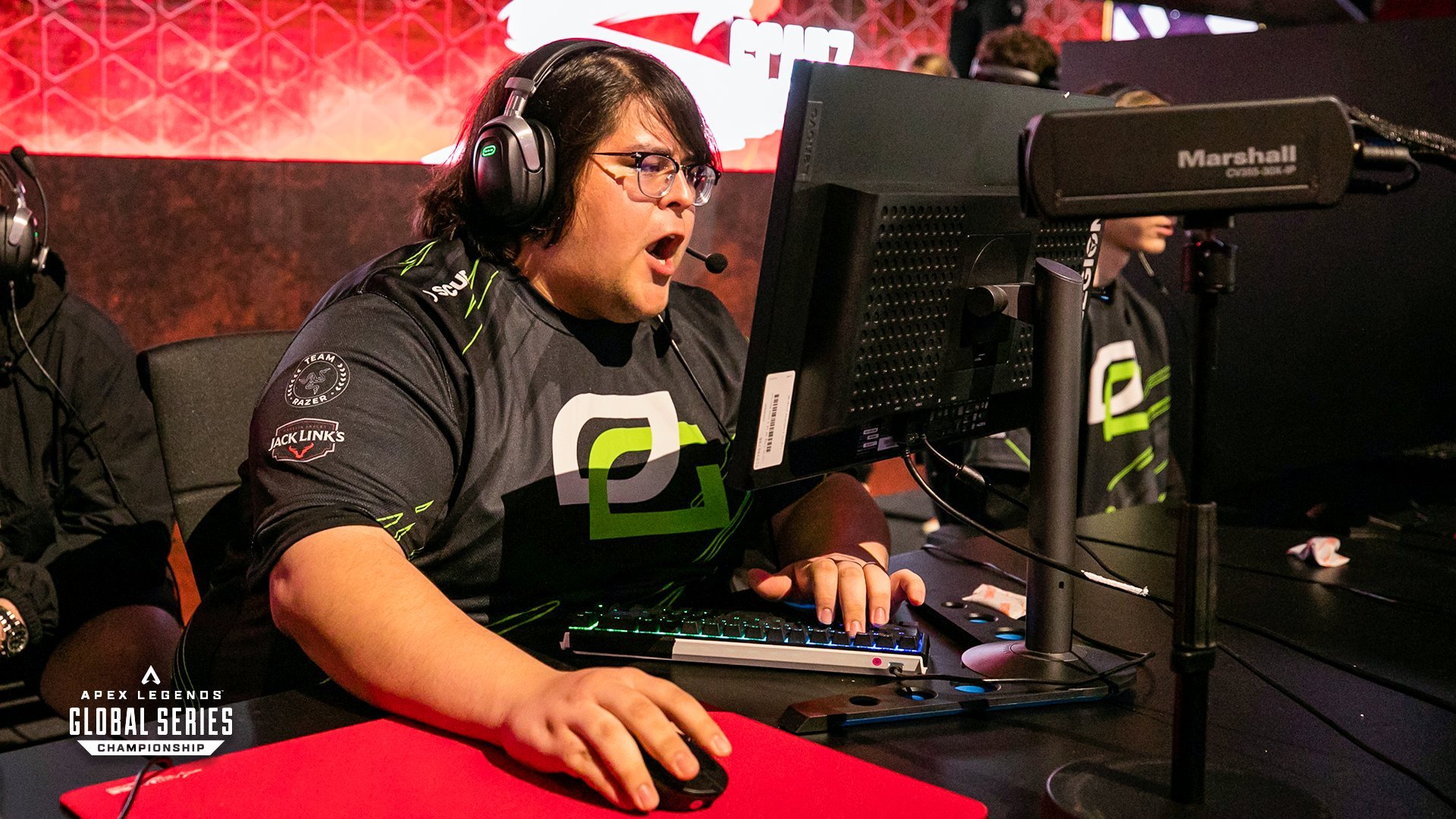 OpTic Gaming leads the way after the first day of the Apex Legends Global Series Championship. The North American heavyweights rode consistent play, including a stunning three-game winning streak, to the group stage lead over some surprising competition immediately behind them.

While many expected the North American teams to show well at the Raleigh LAN, not many could have predicted the immediate challengers to OpTic: APAC South sides EXO Clan and DreamFire both finished the day in the top five overall, flipping the script on the Aussie squads that showed so well in Stockholm as the Thai and Chinese/Taiwanese teams proved incredibly strong throughout the day.

Also in the top five, Furia proved their victory in North America’s Last Chance Qualifier wasn’t a fluke, and Team Singularity proved South America shouldn’t be taken lightly with consistent placements in both of their lobbies.

The most impressive team on the day, however, remained OpTic. Their first action of the day saw them square off with crowd-favorites TSM. Both teams lost a player and backed off, setting a cautious tone for the high-stakes tournament.

Though OpTic couldn’t get it together in game one, they quickly gathered momentum. OpTic, one of the strongest teams in pro Apex, came into the tournament with high expectations after a great performance at the recent Stockholm LAN, and they delivered by posting three wins in a row in the first round of the group stage. They won the lobby, but the Thai squad of EXO Clan wasn’t far behind. They took second place and got off to a strong start for the weekend as well, with two wins of their own.

Both OpTic and EXO didn’t quite reach the same heights in their second set of games, but they showed well enough to hold down the top two spots after the first day of play.

Battling a slow start to the day, a listless stint playing the unorthodox Maggie-Seer combo, TSM returned to more comfortable territory with Gibraltar, Caustic, and Valkyrie in their second set of games. Familiar legends brought them much better results. The fan favorites took second place in game two of the second round before winning the final match on Storm Point with a confident finish by the large monster carcass parked on the map’s shore. Their strong second half of games took them into the top 10 at the end of the day.

They weren’t the only North American team to rebound, either.

Cloud9, who had also struggled through the first round of the group stage, hit their stride during the second lobby of the day. They showed renewed confidence on both Storm Point and World’s Edge, winning a game there apiece.

While it wasn’t a great day for many EMEA team, two specifically stood out for the way they seemed to have recovered from disappointments in Stockholm: SCARZ, the 2021 European champs, and FA Kitties, the ex-Gambit squad. Both find themselves in the top 20, and SCARZ in particular look to have fully recovered their edge after a shocking last place exit in Stockholm.

Several teams will need to help themselves out with strong showings in the last group stage lobbies tomorrow if they want to end up in the winner’s bracket, however. Alliance, in particular, find themselves in unfamiliar waters outside of the top 20. The team cruised through the group stage in Stockholm, but they face stronger competition this time around. Other teams in similar boats, like Luminosity and Sutoraiku, look similar. The good news for most teams currently sitting in the bottom 20? No one is running away with things just yet. 17th through 28th place is only separated by 20 points, leaving plenty of room for teams to rise and fall over the course of six more games.

Tomorrow, the Group Stage will conclude after one more round of play. The top 20 teams will go into the winner’s bracket, while the bottom twenty will be relegated to the loser’s bracket and will have to fight to keep their tournament hopes alive.

The ALGS Championship action will continue tomorrow with the final Apex Legends lobbies of the Group Stage, beginning at 12:30pm CT on Friday.