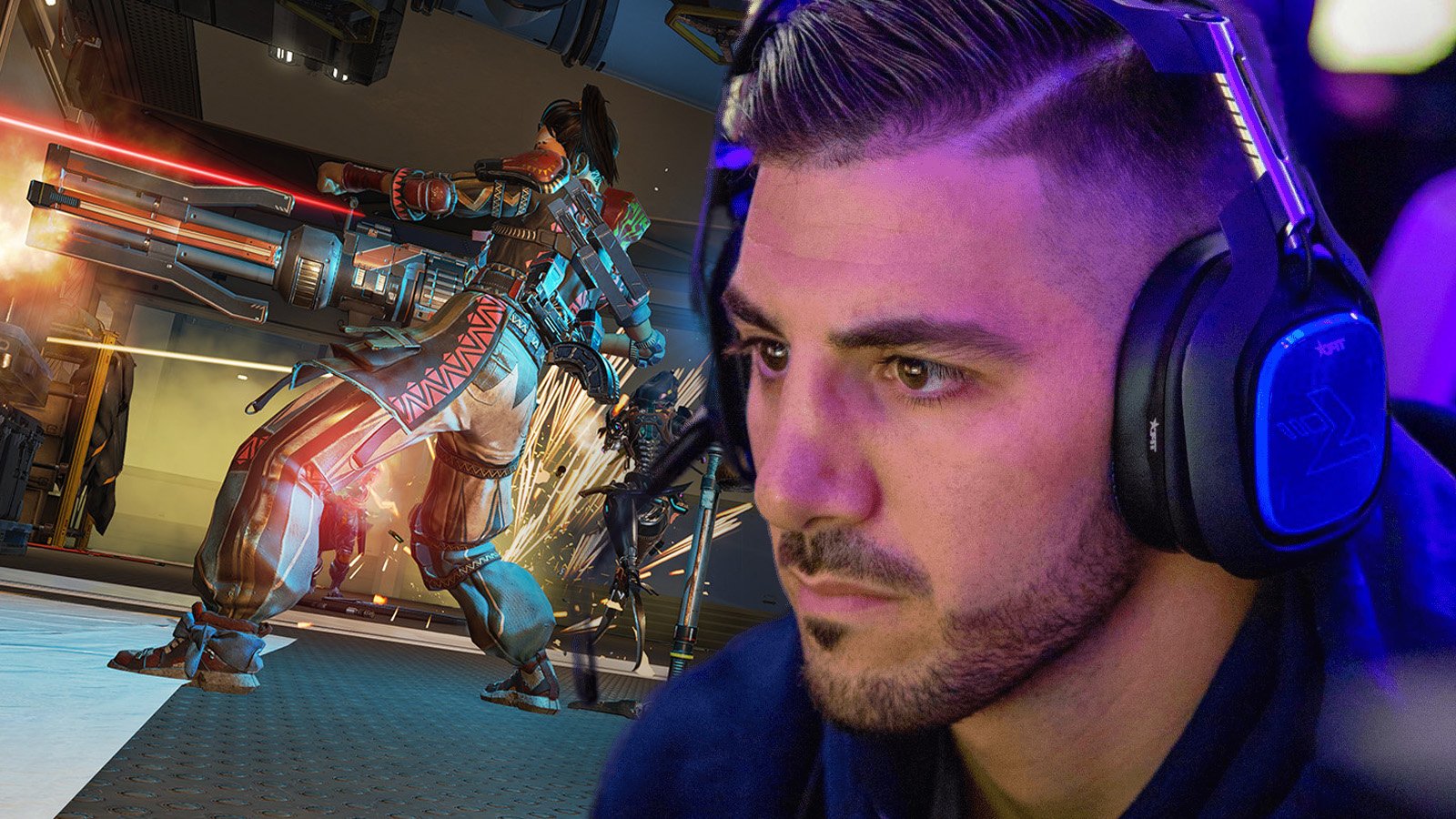 Twitch star Nicholas “NICKMERCS Kolcheff has been crazy about Apex Legends ever since he started playing it over Warzone. However, that doesn’t mean he thinks it isn’t flawed. Since the swap, the battle royale king has climbed the ranks, both in-game and on Twitch, to the point where he was invited to play in the ALGS.

But, he thinks top players like himself need more of an incentive to play ranked.

“You have a variety of players in these ranked lobbies,” he said during his stream on Sep. 3. “You have players that are on top of the game. The best in the game. But then you also have the rest of the community.”

This has created a problem, he explained. Top players no longer care about the grind. Instead, they aim to ‘farm’ lobbies, which means they’re not playing correctly.

However, the Twitch star has a solution in mind.

“The only way you’re going to change that is by incentivizing it,” he said. He listed some simple examples, such as adding skins and heirlooms as seasonal rewards for placing highly.

But after thinking about it more, he came up with an idea he believes would be even more effective. “You could throw a little cash at it. Maybe a little prize pool. It wouldn’t be ALGS, but it would be a sweat session,” he said.

What NICKMERCS is talking about sounds like League of Legends Champions Queue, which Riot Games recently added into their own long-running franchise to incentivize top players in North America to take the game more seriously.

Or, he continued, there could be a split-ending streamed tourney.

“You could have a tournament at the end of every split with top players. If you did that, a lot of pros would definitely care and grind it out. There’s so many options.”

NICKMERCS believes the ranked experience in Apex is much harder than other battle royales like Fortnite and Warzone because the skill level of the average player is much higher in the character-based title.

However, it’s still gotten to the point where he feels it’s a little lackluster for Apex players who are at the pinnacle of the Respawn battle royale.

Spicing things up with skins, Heirlooms, money, or a tourney could change that.