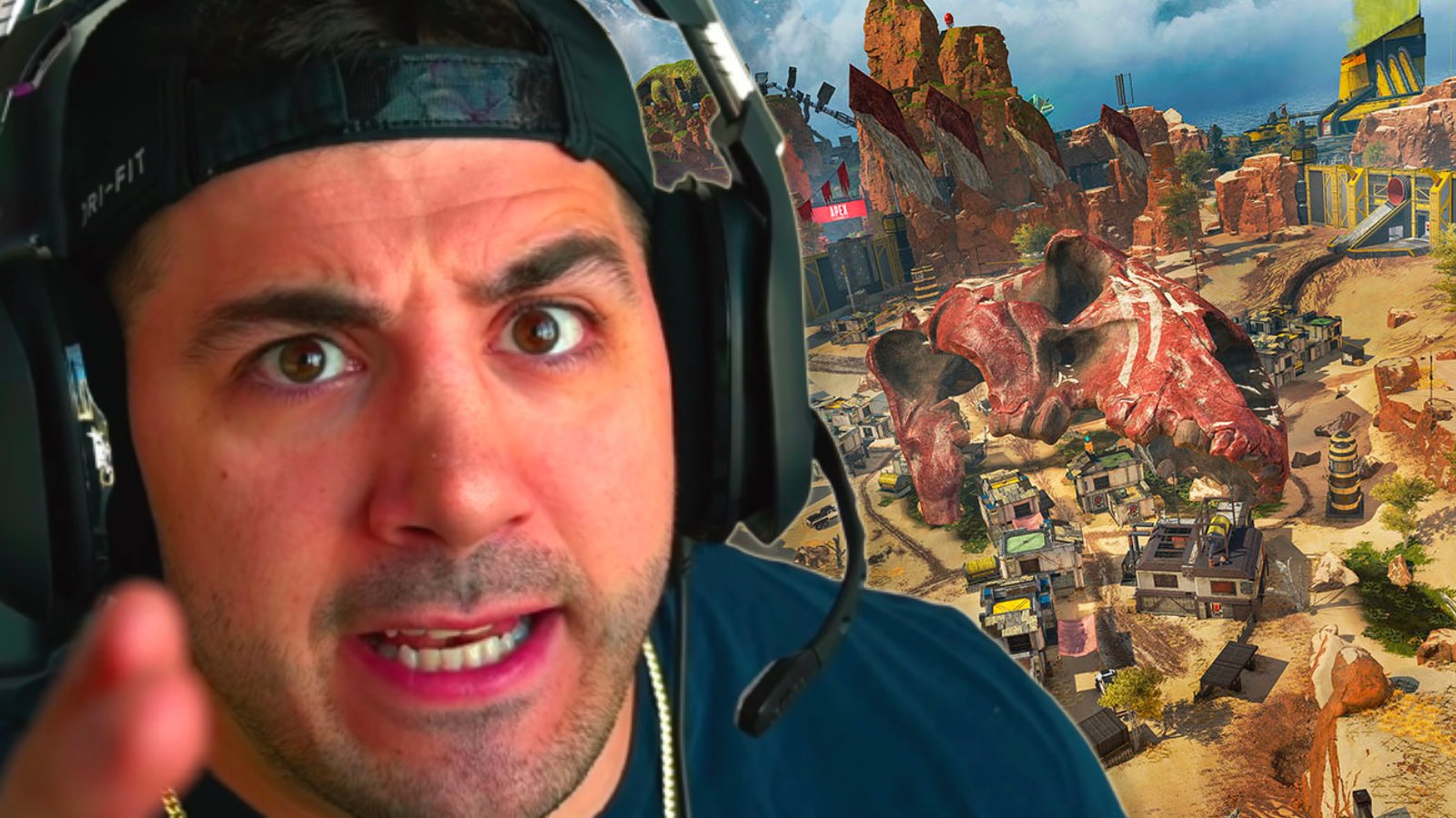 Screengrab via NICKMERCS on YouTube and Image via Respawn

Nicholas “NICKMERCS” Kolcheff fondness of Apex Legends is well-known at this point. The battle royale king has become a staple part of the community, and has even qualified for the ALGS Pro League.

However, that doesn’t mean he thinks it’s beyond criticism—particularly in terms of how it’s managed.

The 31-year-old Twitch star thinks the area the developers need to improve on the most is cracking down on cheaters, and he urged Respawn and EA to hire more personnel to make it happen.

“EA is a billion dollar company, and this billion dollar company has one guy in all of North America that bans cheaters,” he said during his stream on Nov. 2. The person he was referring to, Respawn security team member Conor “Hideouts” Ford, has long been seen by the Apex community as one of the only people holding back a wave of cheaters.

“How do they not have a team on payroll around the clock just working to try to combat that?” he added. “There should be a whole wing of the company for anti-cheat. It’s just they don’t care enough!”

It’s a complaint he sees cropping up all the time, and one that he wholeheartedly agrees with. “When people complain about shit like that, you’ve got to understand the complaints, man. You got to feel that.”

It’s not all doom and gloom in his view, though. NICKMERCS praised the developers for “definitely trying” to improve the game in other areas.

“On the other hand, [players] are getting new maps and they’re getting all this new stuff. A lot of these things they haven’t asked for, but they’re still getting new shit. So, you can see that EA is trying. They’re definitely trying,” he said.

“They’re doing a lot of competitive stuff too, man. So, it’s like give and take, you know what I mean? …I do think a lot of the creative devs are working hard, man. Like, all this stuff that you see right here. The maps, the skins, the characters. I think they’re working hard.”

Still, if they can ramp up their anti-cheat efforts, even just slightly, he’ll be a happy man.