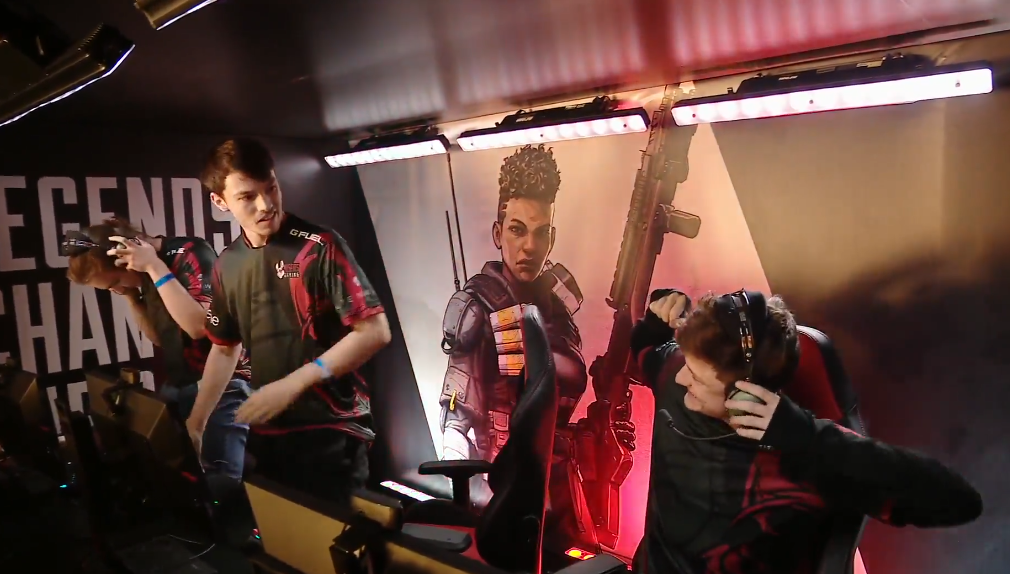 In a remarkable display of high-level gameplay, Misfits produced a whopping 20 kills to earn a victory in the Apex Legends Preseason Invitational today.

In the first match of the group stage, Misfits were able to get a win amidst the chaos of four squads fighting in a small circle with only one shack to hide behind.

As the last enemy team manned the roof of the shack with a Wattson pylon to provide support, Misfits maintained their composure to secure the victory. After moose, playing as Pathfinder, went down, Losido used his Peacekeeper shotgun to finish off the two remaining opponents.

Help, who played Wraith during the game, eliminated nine enemies, while moose had six kills and Losido’s Wattson grabbed five. The three players were responsible for eliminating one-third of the enemies in the match.

And aside from Haydin “ZerG” Gordon creeping up to second place, all three Misfits players topped the damage charts with over 1,500 apiece. Although moose’s performance was insane, it’s clear that everyone on the team carried their own weight and contributed to the victory.

If Misfits continue this level of gameplay, the $105,000 first-place prize could be theirs for the taking.