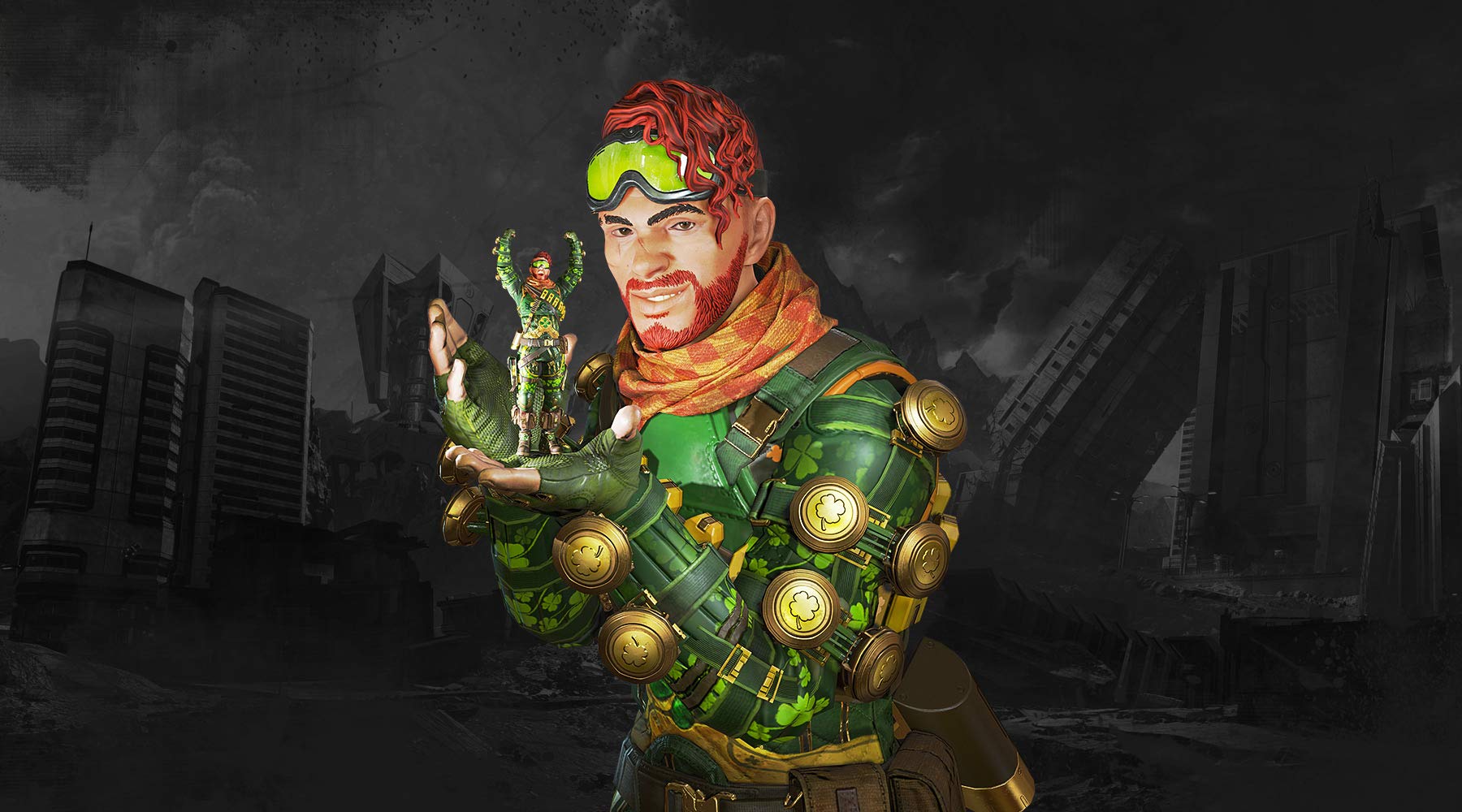 If you’re finding too many Mozambiques and not enough R-99s, Mirage’s latest skin might just tip the odds in your favor.

Respawn revealed its own take on St. Patrick’s Day celebrations: the Lucky Charmer skin, filled with four-leaf clovers and all manner of lucky symbols.

The skin dyes Mirage’s battle suit in shades of green and orange, two of Ireland’s national colors. The visual presents several four-leaf clovers as symbols of good luck, and Mirage’s hair and beard take a bright shade of red. Some of the inlays on the skin are also painted gold and yellow and also display four-leaf clovers.

Twitch Prime rewards are free items awarded with a Twitch Prime subscription. To redeem their cosmetics, players must link their Amazon Prime account to Twitch, and then connect it to their EA account on the corresponding platform.

Although this is the first official look on the Lucky Charmer skin, parts of the Apex community already knew it was coming. Data miner iLootGames revealed the cosmetic earlier this month, almost two weeks before its release.