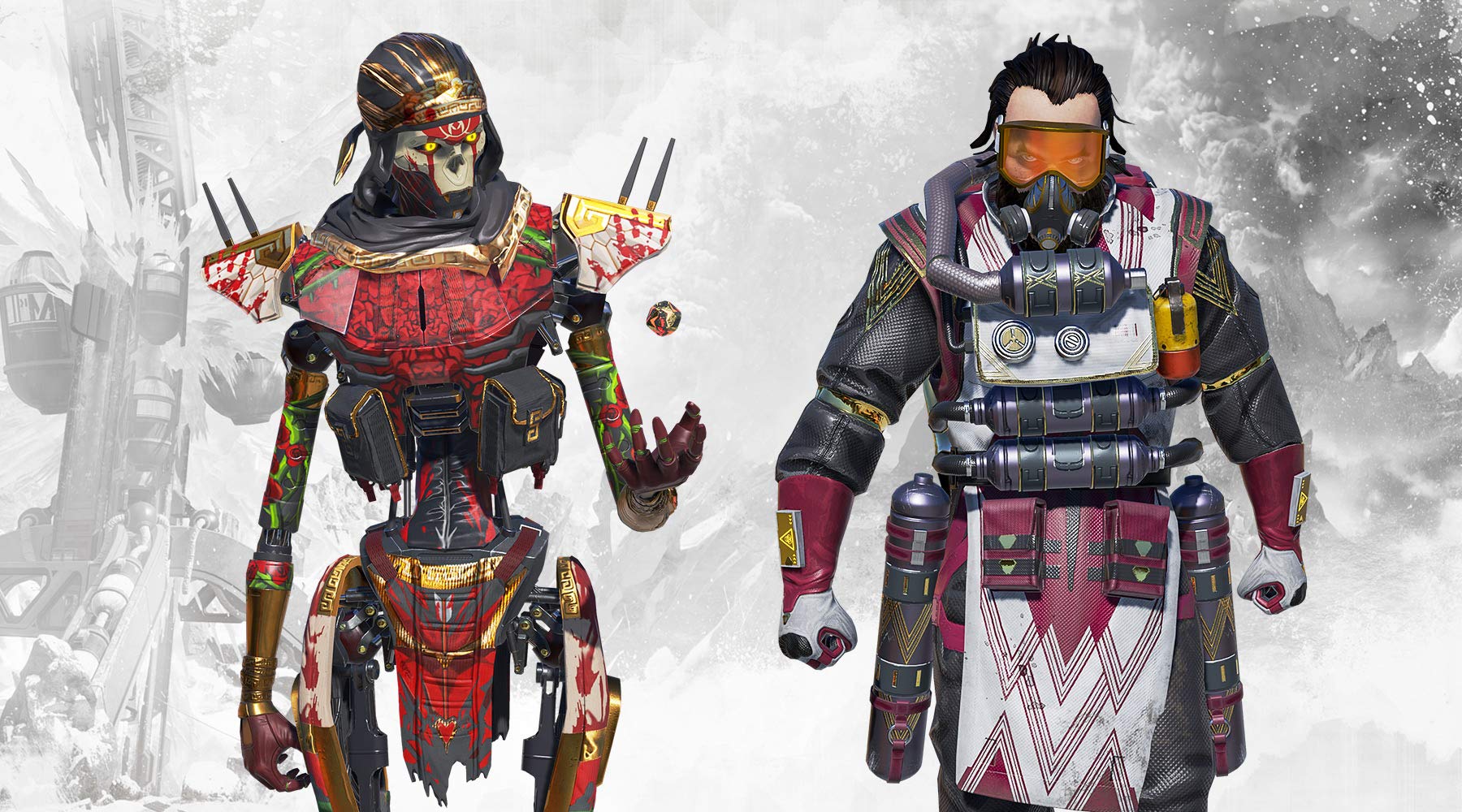 Apex Legends’ Revenant is getting a new visual. The Synthetic Nightmare is the next legend to receive a Twitch Prime skin and it’ll be available today. The visual is part of a partnership between Apex and Twitch, which aims to release a new skin every month.

The Gilded Rose skin dresses Revenant in an unusual, yet alluring color scheme. In a reference to the name of the visual, the simulacrum’s chest is painted with a red pattern with roses on it and the rest of his body takes on a shade of black with red details. His arms are also painted to include roses and flower stems in green. The skin features shades of white and gold, too.

The Gilded Rose visual can be obtained for free by Twitch Prime subscribers who link their Amazon Prime account to their Twitch and then link it to the corresponding platform. Players should be able to snag Caustic’s Geometric Anomaly skin as well since EA’s website lists that it will be available until Feb. 17.

Related: How to play Revenant in Apex Legends

Revenant was introduced as part of Apex season four, titled Assimilation. The character was an integral part of the storyline after assassinating top contender Jimmie “Forge” McCormick and taking his place in the Apex Games.

Revenant can “silence” opponents to stop them from using skills and create a totem that can negate deaths. The legend quickly rose in popularity, so Respawn is capitalizing on that by offering a new Twitch Prime skin shortly after his release.