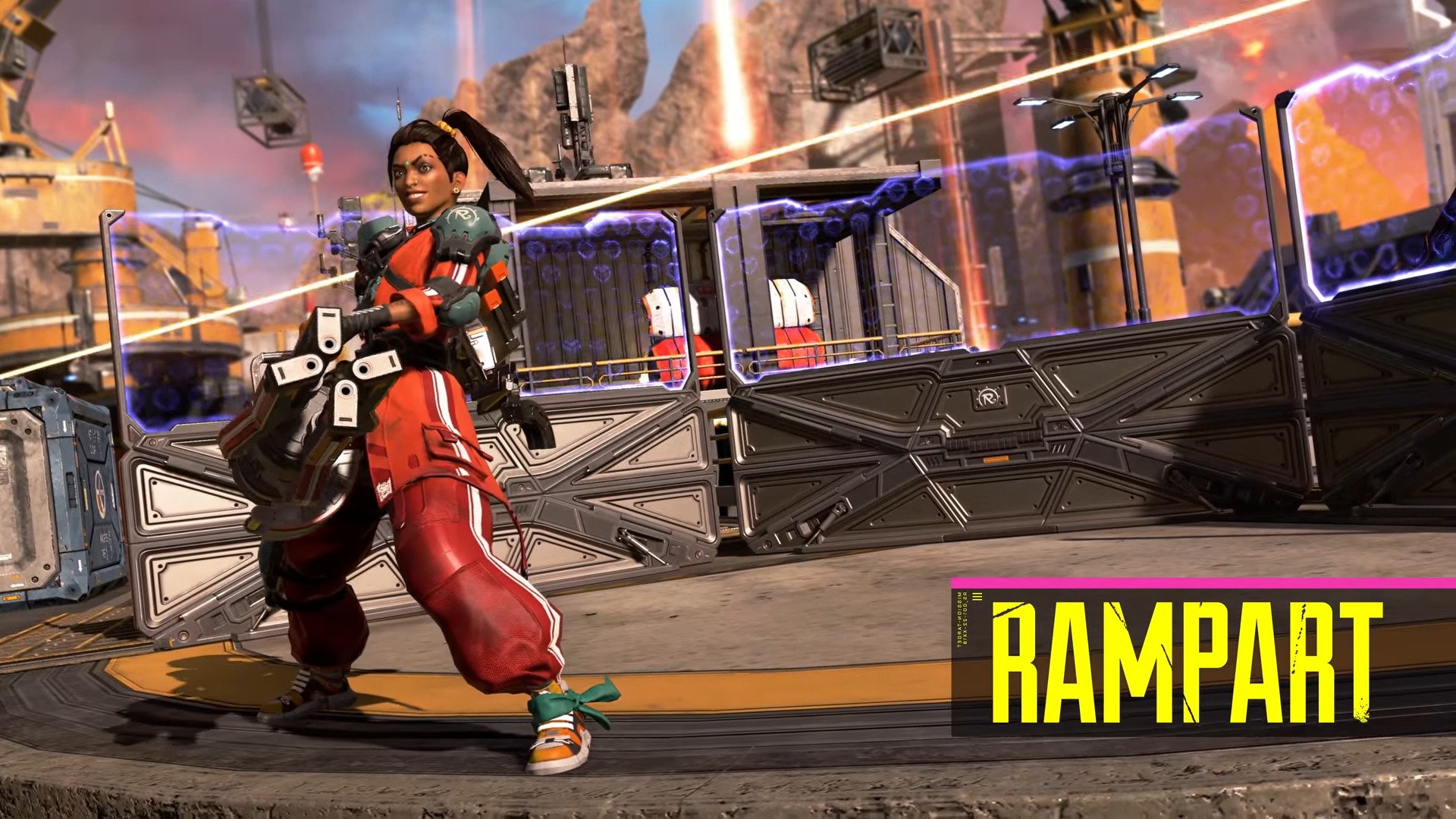 Everybody’s favorite mechanic Rampart was added to Apex Legends in season six. The light machine gun specialist has undergone some changes over her two years in the game, turning her from a true defensive character into a more flexible character, useful both defensively and in more proactive situations.

With all the changes that have come to Rampart, it’s important for players to recognize when to bunker down and utilize her array of fortifications, and when to push forward into the attack.

Here’s everything you need to know to get started fortifying the battlefield with Rampart.

Although Rampart can obviously use any weapons she wants, she has a particular proficiency with LMGs. Her passive ability, Modded Loader, increases the magazine capacity of all LMGs and miniguns by 15 percent and decreases the reload time of those weapons by 25 percent. This makes her the perfect option for players who prefer to use heavier weapons since she comes with a natural buff that no other legend possesses.

This also makes Rampart a good choice for the game’s current weapon meta. The Spitfire and the Rampage are two of the strongest weapons in the game, capable of excelling at medium and even long range in the right hands, while more than capable of holding their own in a pinch at close range.

Amped Cover allows Rampart to construct walls that provide crouch cover. The walls take a little under four seconds to deploy. After this time, the walls deploy a force field that blocks enemy fire and amplifies friendly fire. The force field takes a second to appear after the construction of the barrier, and can only take a limited amount of damage before breaking. But while active, the amplification field can turn poke damage from afar into a serious threat, and the extra punch can be absolutely deadly at close range. Rampart can deploy as many as five of these walls at a time, and the barriers can be picked up and moved around at will.

Rampart’s walls can be a game-changer when used correctly. They can provide cover while you’re reviving a teammate, crossing an open area, or holding an exposed position. Since she can deploy multiple walls at once, Rampart is even capable of providing cover from multiple angles. Just avoid trying to build walls in the middle of a fight, as they have significantly less health when they’re deploying and are much easier to destroy.

The walls can block doors from opening, much like Caustic’s gas traps. This makes Rampart a great option for late-game fights, where your team is trying to entrench themselves inside a building. If your team is looking to secure a room, Rampart has more than enough walls to lock every single door and provide extra cover in a corner. If your squad wants to aggressively push another team instead, Rampart can use her barriers to trap their escape doors, blocking them from coming out and offering your team space to grenade the room. Of course, enemies can still kick down those blocked doors. But if they do, they’ll be met with the amplification field and probably Rampart’s ultimate ability, Sheila the Emplaced Minigun.

Rampart’s ultimate ability used to be an exclusively Emplaced Minigun named Sheila. Now, however, Sheila can be used either in one place, or on the move.

In its emplaced form, any legend can use Sheila, and the gun comes with infinite reserve ammo (150 ammo to a clip). The emplaced form of Sheila has a limited range of motion and can be destroyed. Only Rampart can use the mobile version of Sheila, which comes with a single magazine of ammo (173 ammo due to Rampart’s passive).

With the change that allowed Rampart to use Sheila while on the move, the ultimate became much more useful in a variety of situations. Effectively, Rampart is currently the only character that can carry three weapons at a time. Some players may build their weapon loadouts around having such a deadly weapon that’s effective at medium and close range instantly at their disposal, making a sniper/marksman and shotgun combination much more appealing.

One nice feature about Sheila is that she can instantly fire through doors. Oftentimes when players look to heal in Apex, they’ll go through a door and stand just on the other side, preventing players from easily shooting them through the door. This healing tactic won’t work against Rampart’s minigun, which can simply shred through those doors and kill whatever enemy was healing behind it.

Sheila’s major downside is the wind-up time the weapon has. It takes a while to actually start shooting, and the wind-up itself is quite loud, alerting close-by enemies to its presence. Players can begin the wind-up early by aiming down its sights, or start the wind up behind cover and then peek out to fire on an enemy.