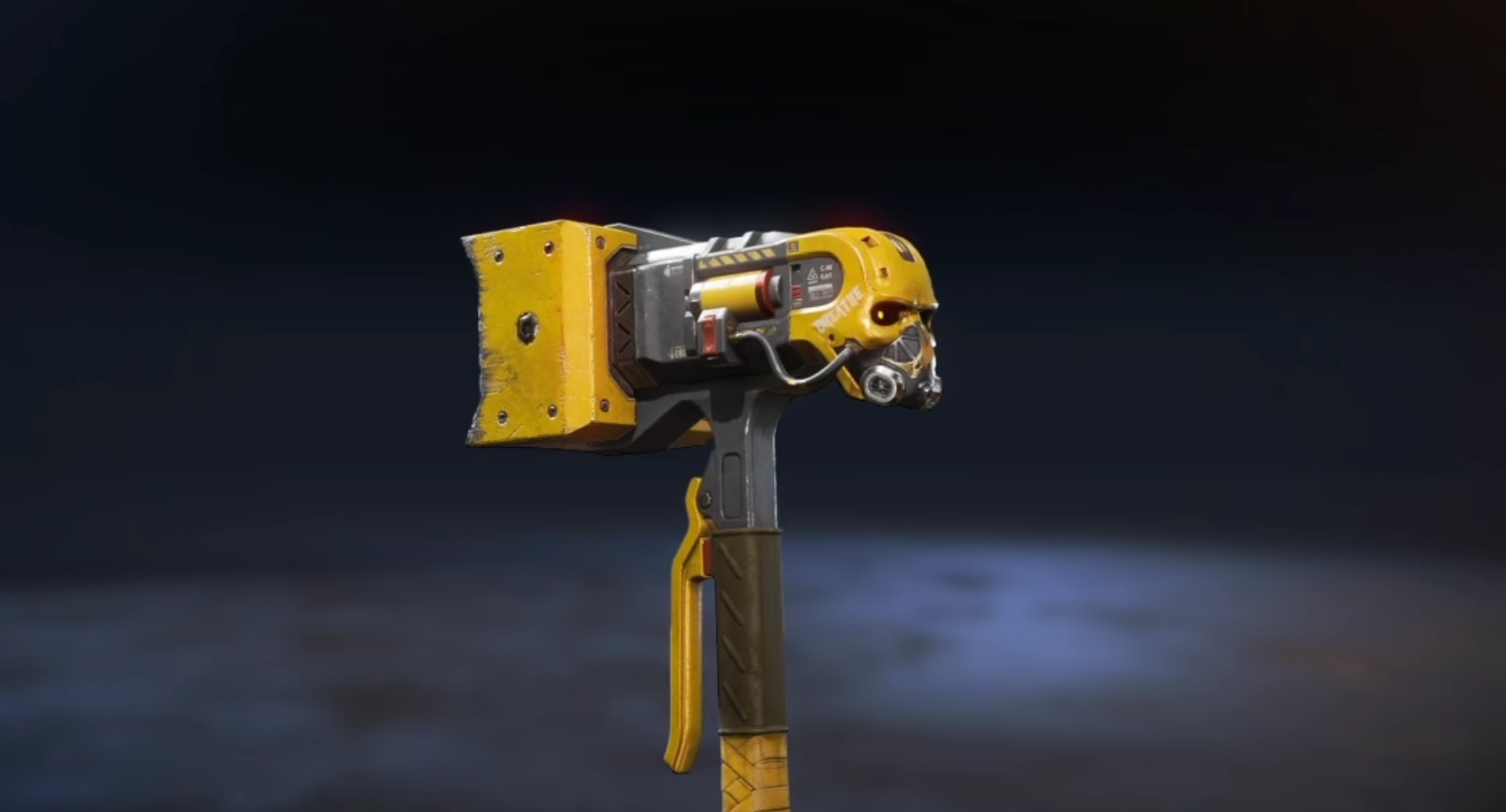 The Aftermarket event is on its way to Apex Legends with dozens of new cosmetics and another heirloom—this time for Caustic, Gaea’s deadliest scientist. Players can get their hands on the death hammer starting on Oct. 6.

Like other heirlooms, the sledgehammer is tailor-made for Dr. Nox. The weapon has a skull on its back as a possible nod to his visual from the System Override event and takes on a yellow-orange hue similar to Caustic’s default color palette.

But that’s not the only similarity. The sledgehammer is retrofitted with a special slot to fit a gas canister, likely the one Caustic uses in his ultimate. Dr. Nox appears to “reload” the hammer, which lets the weapon release gas after it’s done. It’s unlikely that the gas will be more than a cosmetic, however, since none of the previous Apex heirlooms provide extra damage in combat.

How to get Caustic’s heirloom

If you’re looking to beat up your enemies with a gas-fueled sledgehammer, there are only two ways to obtain Caustic’s heirloom. When the Aftermarket event drops on Oct. 6, players who complete the entire Aftermarket collection by getting 24 exclusive cosmetics will receive Caustic’s heirloom as an added prize. Event cosmetics are only available through direct purchase or event-exclusive Apex Packs.

Acquiring the entire collection can be expensive, however. There’s one free way to get your hands on Caustic’s sledgehammer, though—if you’re extremely lucky, that is. After the event ends, the death hammer will move into the regular heirloom pool and can be unlocked with heirloom shards.

Heirlooms are the rarest items in Apex. Players are guaranteed to get one every 500 loot boxes, but their drop rates are extremely low. Getting one is like hitting the Apex jackpot. After finding heirloom shards in an Apex Pack, players can redeem those for an heirloom of their choice.