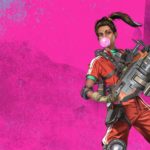 Apex Legends‘ newest competitor is bringing some heavy-duty backup to the Apex Games. The season six launch trailer introduced fans to Rampart, an expert gunsmith with a heavy-caliber mounted machine gun that will rain lead in the Games.

Rampart’s kit is a powerful addition to any defensive team. Her skillset lets her set down protective walls that boost outgoing damage, which are particularly lethal when using her mounted machine gun, Sheila.

The gunsmith is the youngest legend in the Apex Games yet, but that doesn’t mean she doesn’t have a place in the competition. She “made her name in underground fighting rings,” according to the EA website, and was hand-picked by Apex Games commissioner Kuben Blisk, likely due to her incendiary personality, quick wit, and sheer skill.

Here’s everything we know about her.

Ramya “Rampart” Parekh is a talented gunsmith and small business owner. To see her handiwork, players just need to look at the reactive skins from the battle pass: since season four, the cosmetics bear her signature R, clear evidence that she was behind the customizations.

But her customized weapons aren’t her only talent. She made her name in the underground fighting circuit with the help of her sheer skill—and, of course, having a deadly machine gun didn’t hurt her odds.

Rampart’s shop in Gaea attracted a broad clientele—including “smugglers, Syndicate members, and everyone in between,” according to her official bio. She has a long line of customers, both known and unknown, and her teasers briefly introduced a handful of new characters to the Apex universe: Dion Bakar and Grimes, for instance, procured Rampart to get their hands on her signature weapons and could return to the story in the future.

Rampart’s products are true masterpieces, but not everyone is happy with her. A few assailants burned her shop down after threatening her into throwing a match in the gauntlet. Apex Games commissioner Kuben Blisk found Rampart in the rubble and gave her a golden ticket into the competition as a way to show her that even though her shop is gone, she still has the determination and capacity that helped her build it in the first place.

Rampart is a famous figure in the Outlands due to her modifications. She’s friends with Bangalore and Gibraltar, as seen in the “The Endorsement” animated short, and has a quick wit and a sharp edge. With quotes such as “either a Care Package is coming or the sky’s just happy to see me” and her banter with Mirage, she can provide a few unexpected laughs in a match. But that’s hardly her only strength.

Rampart is a strong defensive legend. Her kit makes fortifying a position an easy task, with the help of her Amped Cover and, of course, her sidekick Sheila: a heavy-caliber, mounted machine gun that the team can use.

Rampart’s tactical is the Amped Cover, a deployable, fortified wall divided in two parts. The bottom half soaks up incoming damage, but the top half boosts the damage of outgoing projectiles. Her tactical has five charges: three from the start and another two that replenish over time, similar to Caustic’s gas traps. Deploying the Amped Cover isn’t instant. When setting it down, the top half takes a few seconds to fully arm, but players can still crouch behind the wall to avoid incoming damage.

Rampart’s passive, the Modded Loader, increases magazine size and reload speed for LMGs—including the Spitfire, L-Star, and the Devotion. The ability lets her put out more rounds and suppress positions, or just mow down anyone who charges head-first.

Her ultimate is the cherry on top of her kit. Her emplaced minigun, Sheila, combines with amped walls to create the ultimate kill zone. Rampart can melt anyone in her sights and taking her out from behind the Amped Cover takes a true team effort.

Rampart is a defensive, directional legend that thrives with some preparation and strategic thinking. She’s more proactive than reactive, which means that players get more use out of her if they plan ahead and set up defenses in advance. She can use her amped cover in a pinch, but due to the delay before it fully deploys, players likely won’t have the same result.

Rampart pairs well with other defensive legends, such as Wattson. Her Interception Pylons will block incoming ordnances and her fences make a deterrent to any squad that’s thinking about getting up close and personal. Caustic’s traps can also affect any enemies that enter the perimeter, but has more potential to backfire due to their vision-impairing effect. Having a Lifeline with a D.O.C. behind an amped wall can also help keep the squad topped off without the need to expend healing items.

Rampart excels at fortifying positions, but it doesn’t mean that her squad is invincible. There are a few tricks to countering her that range from gear to legend selection.

Grenades are her most immediate nightmare. One or two well-placed ordnances can take down the bottom half of the wall and leave her unprotected, which is part of the reason why she pairs so well with Wattson’s Interception Pylons.

As for legend counters, players can find a reliable alternative in Crypto. His drone’s EMP can wreak havoc on a lineup, especially in a Wattson-Rampart combo—provided that the drone doesn’t get shot down in mid-air. Crypto can temporarily disable Sheila and destroy Wattson’s fences.

Bangalore can also deny Rampart’s line-of-sight. Respawn defined the modder as a “directional legend” and her sightlines become more restricted when using Sheila. Bangalore’s smokes can blind Rampart and the rest of the squad.

Wraith could be another way to avoid Rampart’s sights. The Interdimensional Skirmisher can use her portals to move the squad into a safer position, but the strategy has the potential to backfire if the Wraith gets caught in Rampart’s crosshairs.

More options open up if Rampart isn’t accompanied by a Wattson. Gibraltar and Bangalore’s ultimates can deal damage to the fortified area, while a well-placed Caustic ultimate will slowly whittle down the health of everyone in the area and cut down their line of sight due to the Nox Gas’ blinding effect.

Squaring off against Rampart is usually a matter of strategy. Charging head-first will likely result in a squad wipe due to the amped cover’s significant damage boost. Players will have to calculate the best course of action and likely break a few walls before being able to take Rampart out—and grenades can be more valuable than ever.