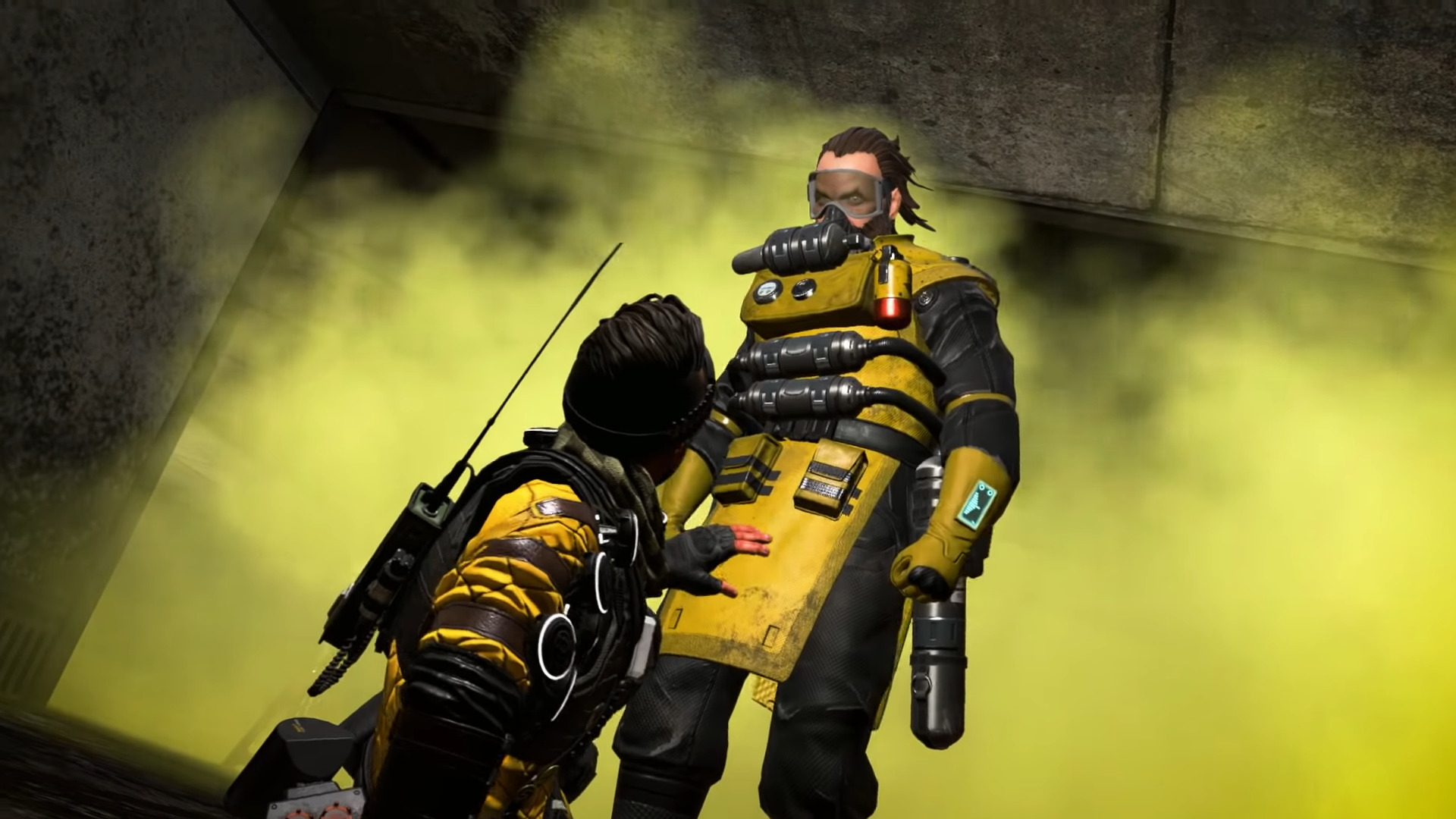 Caustic’s birthday is on Feb. 25 and he’s celebrating in the most noxious way possible: hunting down test subjects for his “greater purpose,” according to a new voice memo from the Toxic Trapper. The recording says he’s looking for guinea pigs and connects to another message from him released yesterday.

“The best way to test this would be human subjects,” Caustic says. “Luckily, there’s an ample supply of lab rats right here.” The message is a direct continuation of a previous teaser that revealed the existence of “a gargantuan supply of toxin” in Kings Canyon.

The substance is a product of gas pockets below the arena and the flaming fuel after the crash. “If there’s a way to refine it, I could mold it into something spectacular,” he says.

The second audio log is located in a small ECHO hut south of Containment, while the first message is near a biohazardous container on the east side of Crash Site.

The combination of the two logs shows that Caustic may want to experiment on his fellow legends, which doesn’t bode well for the rest of the cast. The latest message is the second in what appears to be a series of teasers and fans can expect to see more in the coming weeks.

The outcome of Caustic’s experiments could also affect the season eight quest, Armageddon, which is in hiatus until March 30. The discovery (and possible deployment) of the new toxin may ripple into the developing storyline over the course of the season instead of happening through short audio memos.

It’s also possible that fans could see more lore on Caustic in traditional forms like trailers or videos, in addition to the quest. Respawn could experiment with other formats, such as when Loba dropped Revenant’s source code through the Phase Runner.