Once upon a time, Apex Legends’ duos mode was simply a limited-time mode. The game launched with only trios, which allowed three players to team up and take on the Apex Games together. After duos arrived, it was popular and beneficial enough to the game’s matchmaking that developer Respawn decided to make it a permanent mode during season four.

Over time, duos has remained just as popular as trios. Rather than having to deal with two random teammates, playing with randoms in duos means only having to carry—or be carried by—one ally. Duos has also shortened matchmaking times across the board and is considered the “sweaty” option for those who want to fight their way to the top. If you want to win it all in duos, you’ll need a cracked squad of two characters who synergize well.

Here are the best legend combinations for duos in Apex Legends. 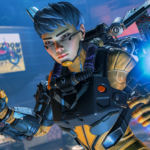 Valkyrie and Seer were both popular characters in this year’s iteration of the ALGS Championship. At first glance, it might not seem like they work very well together: both are recon legends, which means they could have ability overlap or a lack of offensive power. Valkyrie has a lot of mobility, while Seer is much more slow and deliberate. This mismatch could prove fatal if both players aren’t on the same page about movement.

It’s this very mismatch that’s actually this pair’s strength, though. Valkyrie can help Seer reposition quickly with her ultimate. She can also take to the skies to gauge nearby enemy positions, which she can then relay to Seer to make sure he isn’t hiding in harm’s way. Seer can help Valkyrie by revealing enemy hiding spots, which she can then cover with her damage-dealing tactical. Both legends can scan recon beacons, revealing future ring locations. This odd legend pairing works surprisingly well in practice. 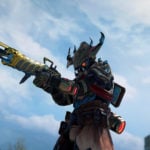 While the Valkyrie-Seer combination is a little more defense-oriented, this pair is ready to blitz over everything in their path. Bloodhound and Octane are both very aggressive characters in different ways. Both are also consistently among the most-played characters in Apex, so even if you’re playing duos with randoms, chances are you’ll come across someone choosing one of these legends.

Octane’s MO is obvious: run and gun. He can get into fights quickly, and he excels as a third-party instigator with his jump pad. Bloodhound is also an aggressive fighter. Their scan can highlight enemies ahead so Octane isn’t running in blind. Bloodhound is more than capable of keeping up with the Outlands’ fastest foe and can help him play a little more tactically. Their ultimate is all about running in and blasting enemies, which pairs well with Octane’s speed-enhancing abilities. These two are an obvious pair that’s great for players who like to charge into battle with their guns blazing. 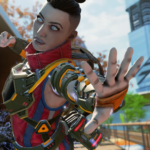 Mirage has been in a tough spot for the last several seasons. He hasn’t received any buffs recently and he’s falling behind the power curve, especially when it comes to the game’s most powerful legends. Wraith, on the other hand, has remained consistently popular thanks to her high mobility, small hitbox, and versatile abilities. Wraith and Mirage do well together not only because of their abilities, but because she’s able to buoy him and maximize his potential.

Wraith’s part of the bargain is giving Mirage the mobility he lacks. Her ultimate can help him get to locations he normally wouldn’t be able to reach, potentially getting him out of sticky situations. Mirage is equally good at escaping: activating his ultimate at the same time as when Wraith places her portal can confuse the enemy while this dynamic duo gets away. The same can also work if Mirage and Wraith both activate their tacticals at the same time. If done correctly, there won’t be anything for the enemy to hit. 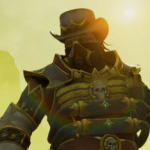 Want the ultimate defensive team? This duo was made for you. Caustic and Rampart are two of the game’s defensive legends, which means they’re great at barricading themselves into buildings and defending their own turf. Like with Valkyrie and Seer, it might seem like having two characters from the same category on the same team would be a detriment, but if you want to maximize this particular playstyle, it’s one of the best combinations you can choose.

Caustic and Rampart’s tacticals both do double duty. While the Nox gas canisters damage enemies and amped cover blocks enemy shots, their most important characteristic in this combination is the physical space they take up. If Caustic and Rampart stake out in a building and cover all the entrances with walls and gas canisters, no one will be able to see them, much less shoot at them. If an enemy does break inside, they’ll likely get stuck on all the walls and canisters, making it easier to trap and shoot them. These two are the perfect final ring combo. 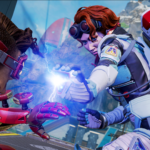 Horizon and Fuse were released one after the other, and they’ve remained a good pair ever since. While both are offensive legends, they specialize in different areas: Fuse is excellent with grenades, and Horizon has superior mobility. Both are excellent at area denial, which is especially important on maps with cramped spaces like Storm Point and Olympus. If they work together, they can chain their abilities to quickly and efficiently take out multiple enemy squads.

A common technique with Horizon’s ultimate is to throw tons of grenades at N.E.W.T. as soon as he deploys. Fuse, being the grenade master, can do this very effectively. He also has knuckle clusters at his disposal, which are essentially two more long-range grenades. After Horizon throws her ultimate, Fuse can quickly throw all of his grenades to rain damage on an opposing squad. For even more protection, Fuse can launch his ultimate around N.E.W.T.’s radius, locking enemies in and granting vision even after Horizon’s ultimate ends.

While most legends can perform effectively with most others in a duos squad, there are pairings that work better than others. If you’re lucky enough to be able to play with a friend or someone you know, use your opportunity to pick two legends who work well together. Doing so dramatically increases your chances of success and of grabbing that coveted top spot.