TimTheTatman discovered it on stream while playing with Ninja and DrLupo. 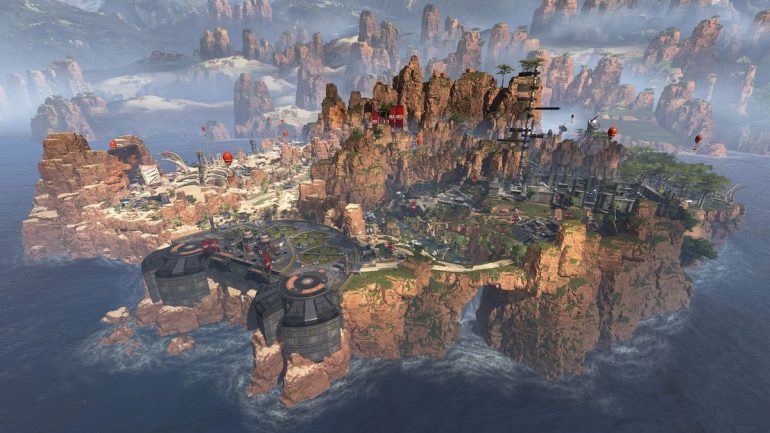 Respawn Entertainment’s Apex Legends, the free-to-play battle royale shooter set in the Titanfall universe, is less than a month old. It came out of the gates swinging, amassing millions of downloads, and it has received plenty of praise—but the game still has much room to grow.

Apex isn’t perfect. It has the popularity it needs to develop, the invaluable support from Respawn Entertainment, and the resources it needs to thrive in the battle royale market. But if Apex wants to keep up with the big boys and compete against Fortnite, it needs to be balanced.

Twitch streamer Timothy John “TimTheTatman” Betar discovered a bug that made it incredibly hard to be hit when using the zipline. He found the glitch when playing with teammates Tyler “Ninja” Blevins and Benjamin “DrLupo” Lupo on stream. There’s plenty of ziplines scattered across Apex’s map, and they come in handy, once in a while, to transport you and your squad from one place to another.

The bug is sweet and simple, and Tim demonstrated it on stream. All he did was spam the interact button while traveling across the the zipline. Instead of being the usual easy-to-hit targets, this made Tim, Ninja, and DrLupo bounce up and down like crazed grasshoppers.

It’s not a major glitch, and in the grand scheme of things, it won’t make a huge difference on the outcome of a game—but it sets a worrying trend. In a situation where a player may usually be shot down out of the air, this bug provides a safe and easy-to-use stepping stone to avoid this.

It feels like a streamer is finding a new bug every day. If Respawn wants Apex to set a standard for the battle royale genre and be considered a competitive game, it needs to put its best foot forward and fix the issues in place.