I bet they didn’t see that one coming. 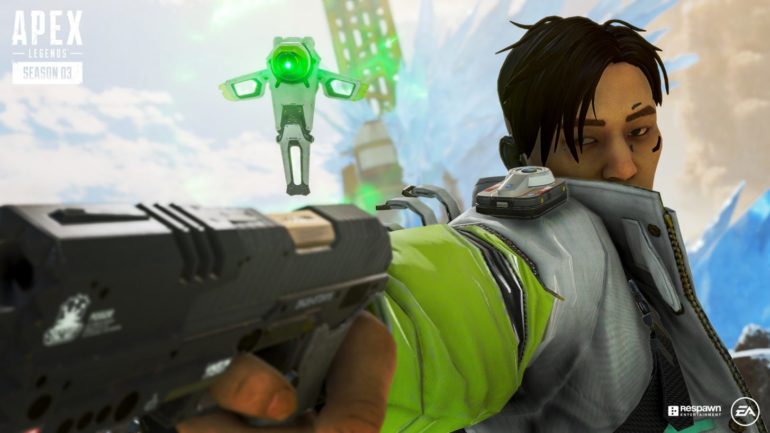 One Apex squad discovered a hidden Crypto mechanic and posted their findings on Reddit today. Players can apparently stick the hacker’s drone with an Arc Star and send it into an enemy team, dealing devastating damage from the sky.

An enemy Wraith was hiding inside of a building, likely hoping to wait out the ring and let the other two remaining squads duke it out. But this team had something else in mind.

With some quick thinking, one player decided to Arc Star their teammate’s drone as it was sent into the building. The result? A shocking surprise.

The grenade did heaps of damage to the Wraith who tried to run away using her tactical ability. But she was quickly taken out when she phased back into World’s Edge.

Many Apex fans commented on the Reddit post, creating a hysterical pun-filled thread centered around electricity. One fan claimed, for example, that this was “current-ly” their favorite method of delivery.

This isn’t the first time Crypto’s drone has been used in creative ways. Players found out that Pathfinder could grapple onto the flying mechanism and get some serious hangtime. Another fan tried out placing Gibraltar’s dome shield on the drone, creating a floating fortress of doom.

With new champions being added every season, Apex fans can definitely count on more unique legend interactions in the future.