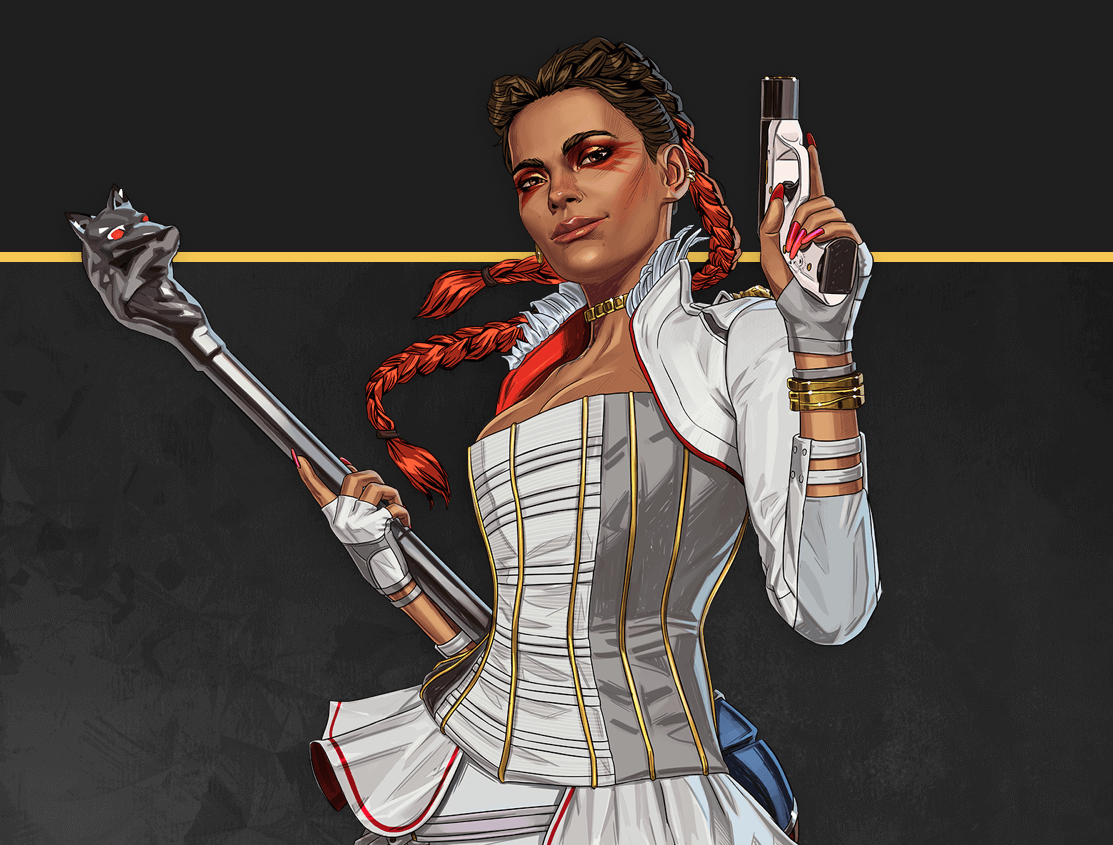 Apex Legends’ latest teaser gave fans their first in-game look at the next legend. Loba, who will officially join the Apex Games as a part of season five, is hiding in the background of the main screen.

Loba teleports behind the banners and quickly sneaks her way across the screen. She teleports out of view with a hair wave after reaching the other side of the platform. Data miner iLootGames spotted the hidden teaser in the main menu today shortly after it launched on the live servers.

Respawn officially confirmed Loba as the season five legend and revealed her origin story in an animated short called “Legacy of a Thief.” The video is another episode of Stories from the Outlands, Apex‘s series of animated shorts that recount the backgrounds of some of its characters.

Loba is the orphaned daughter of conman and thief Marcos Andrade, who ran a Bonnie-and-Clyde operation with his wife. The couple was brutally murdered by Revenant as part of the Assimilation trailer, but their daughter survived.

“Legacy of a Thief” shows that Loba followed in the ghost footsteps of her parents and quickly became a proficient cat burglar. “I’ve always felt it in my blood,” she said in the animated short. “I’m a thief—and a good one at that.”

The animated short also shows her thirst for revenge against her parents’ killer and lines up with previous teasers. Loba likely joined the Apex Games to destroy Revenant, who entered the Games to satiate his bloodlust.

Respawn will likely reveal more about Loba heading into season five, called Fortune’s Favor. It’s scheduled to start on May 12.