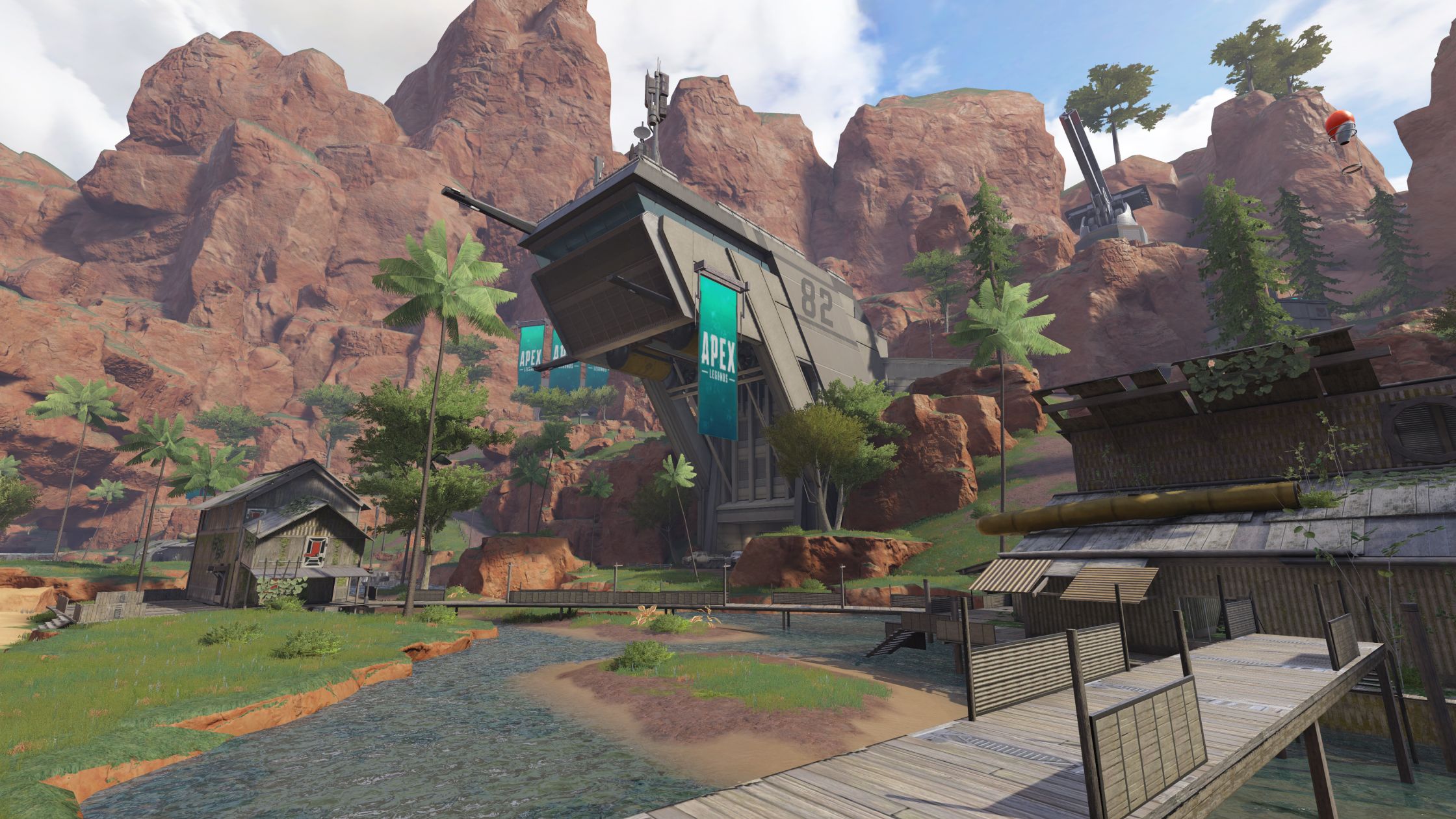 Apex Legends Mobile is changing the game by allowing players to explore both maps borrowed from the PC and console version and maps created just for the mobile version. In the game, players can choose from a variety of modes, some of which feature classic POIs from earlier iterations of the base game as their battleground.

If you want to conquer the leaderboards and become a top-ranked Apex Predator, you’ll need to become familiar with all of the mobile game’s maps. We’ve listed all of them here for ease of use. Note that Arenas mode, which used to have its own maps, was removed at the beginning of season two. It will return at a later date, according to the devs.

Kings Canyon was added to Apex Legends Mobile during season two, known as Distortion. The map exists as it did in its original iteration on PC and console, meaning you can explore legendary old POIs like Skull Town. Season two also added Encore Galore, the Rhapsody town takeover, to the map. Other than these adjustments, it’s the same rugged Kings Canyon we all know and love.

World’s Edge was the first map included with Apex Legends Mobile. Although it too arrived in its original PC and console state, season one’s Cold Snap event added the Climatizer POI, which brought it more in line with the base game’s version. Like Kings Canyon, World’s Edge is a large, natural battlefield that encourages smart rotations and height advantage.

In the PC and console version of Apex Legends, Overflow is an Arenas-exclusive map that encourages close-quarters fights and quick skirmishes. It accomplishes these same objectives in Mobile as a Team Deathmatch map. It’s made for fast, no-holds-barred fights between teams. The Ring is still in play here, so watch your step.

Market is a POI from Kings Canyon. Available in its original state, this enclosed arena encourages ambushes and sneaky vantage points. Players can take advantage of high ground to get the jump on their enemies or take refuge in one of the side rooms to heal. If you’ve played Kings Canyon, you’ll likely be familiar with its many twists and turns.

Pythas Block 0 is Apex Legends Mobile‘s first exclusive map. This neon wonderland calls to mind the Party Crasher Arenas map from the PC and console version of the game. Players can check out the Pythas Arcade for some games-within-a-game or take a stroll down the main drag of Pythas Inc.’s corporate campus.

In addition to these multiplayer maps, the firing range from the PC and console version of Apex Legends is available for training and legend practice. Respawn has not yet revealed any additional maps or POIs coming to the game, so eager fans will have to wait to see what familiar landscapes show up next.