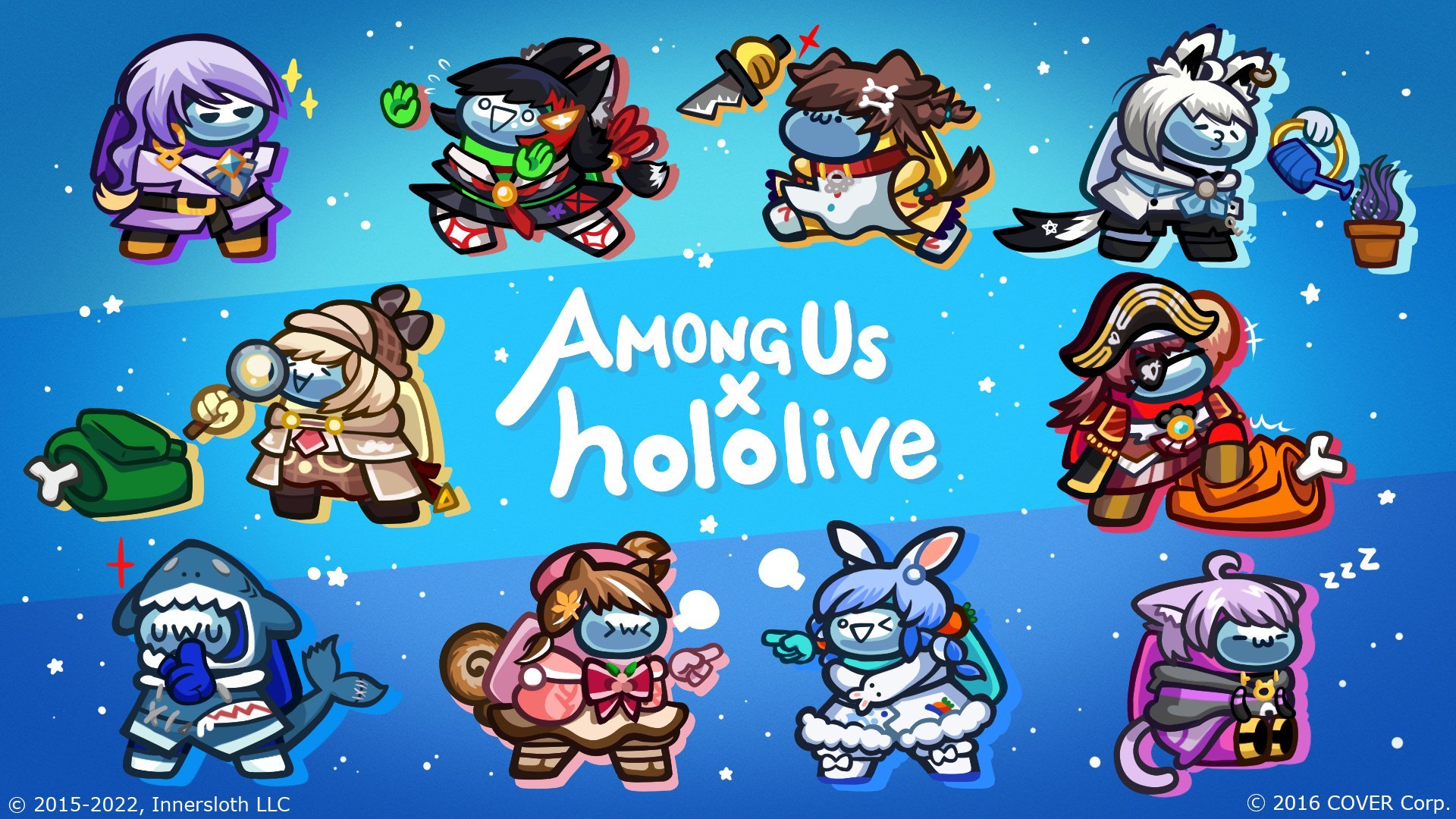 Among Us is about to get a virtual facelift with a new Cosmicube collaboration bringing in skins from VTubers under the hololive production agency.

This limited-time collab will feature 10 of the most popular VTubers coming to the game with unique crewmate designs and some extra cosmetics.

The VTuber designs are split up into two different parts: a hat and an outfit. The additional cosmetics are cute faces that can be added to a visor—to make all of your actions that much funnier when you are looking smug or bored, obviously.

Because there are so many VTubers included in this collab, the item list is fairly extensive. Here is a full list of the hololive production Cosmicube crossover items, which will be available in-game until Dec. 20.

All hololive production VTuber skins in Among Us

Just like with every Cosmicube release, there are free and premium variations. The hololive collab is a premium release and is available for 110 Stars, the premium currency purchased through the use of real-world money. No Bean usage here.