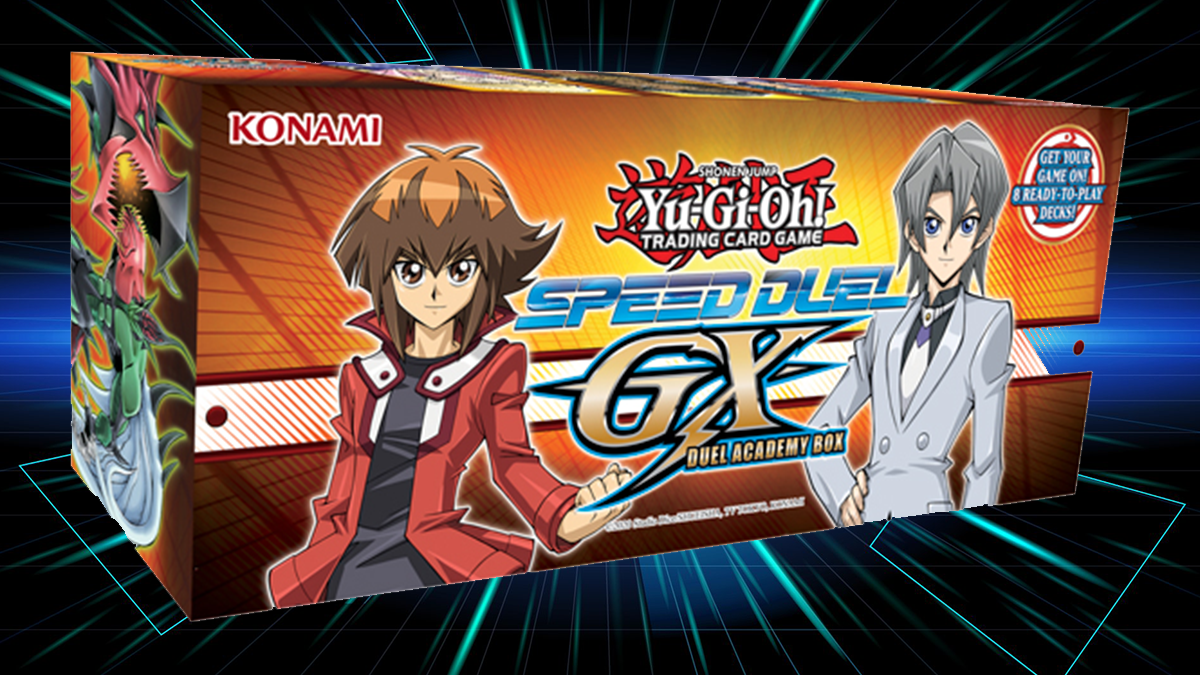 Now, after a slight delay, the Duel Academy Box will release on March 18. And we got our first glance at just what cards will be included inside as Konami confirmed six of the 24 Secret Rares that players could see in the product.

Many Speed Duel veterans will be happy to see Book of Moon, Sphere Kuriboh, and Floodgate Trap Hole getting reprints in the Duel Academy Box, as all three are strong staples for the format. Additionally, reprints of Destiny HERO Dasher and Elemental HERO Flame Wingman should help more players get access to core HERO strategies that may have been too pricy to play previously.

And who would ever say no to a Secret Rare copy of Ojama King?  As with the previous product, each Speed Duel Box aims to provide an easy way for up to eight players to instantly jump into the action of this simplified Yu-Gi-Oh! format with decks themed around popular archetypes and characters from the Yu-Gi-Oh! anime and card game.

The Duel Academy Box will include 200 cards, an eight-card Secret Rare promo pack from a selection of 24 cards, and 20 new Skill Cards to introduce legendary Duelists from the Yu-Gi-Oh! GX anime to the Speed Duel format. And Konami has also confirmed another box, Speed Duel GX: Midterm Paradox Mini Box, for a release in September.