The traditional format meta is about to cross over into Yu-Gi-Oh! Master Duel again with a new Selection Pack and Structure Deck being added to the game on July 11, following a standard maintenance period.

Most players will focus on the new Selection Pack, Wandering Travelers, which brings Adventurer and Floowandereeze cards into the game.

Both archetypes have been used in the Yu-Gi-Oh! TCG recently, as the Adventurer Token engine that can fit multiple decks and a standalone Floowandereeze toolkit, and will heavily impact the current meta of Master Duel. The pack will also include new support cards for the Magikey, Gunkan, Machina, and Evil Twin archetypes, with the likes of Machina Ruinforce and Magikey Fiend – Transfurlmine. 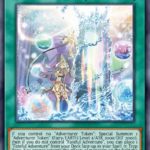 Konami is aware of this fact, so two additional cards will also be added to the game’s Forbidden and Limited Card List along with the update, making Water Enchantress of the Temple and Rite of Aramesir Semi-Limited. The response to this change from the community is mixed, with many players specifically hoping these aren’t the only changes being made to the format-defining list.

In addition to the new Selection Pack, players are finally getting that Dragonmaid support that they have been craving in the form of a new Structure Deck: Dragonmaid to Order.

This release is great for anyone who wants to try out Dragonmaids, but didn’t have the crafting resources to commit to building an optimized version of the deck, since many of the best cards you need to roll it out semi-competitively are Ultra Rares. Dragonmain to Order will include must-have URs like Hieratic Seal of the Heavenly Spheres and most of the core Dragonmaid cards, making it a cost-effective buy, even for people just looking to grab some key cards without crafting. 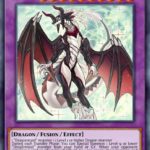 We won’t actually know the full list of additions and changes until the maintenance on July 11 ends, but the official listing notes “campaign preparations” along with the Shop updates.