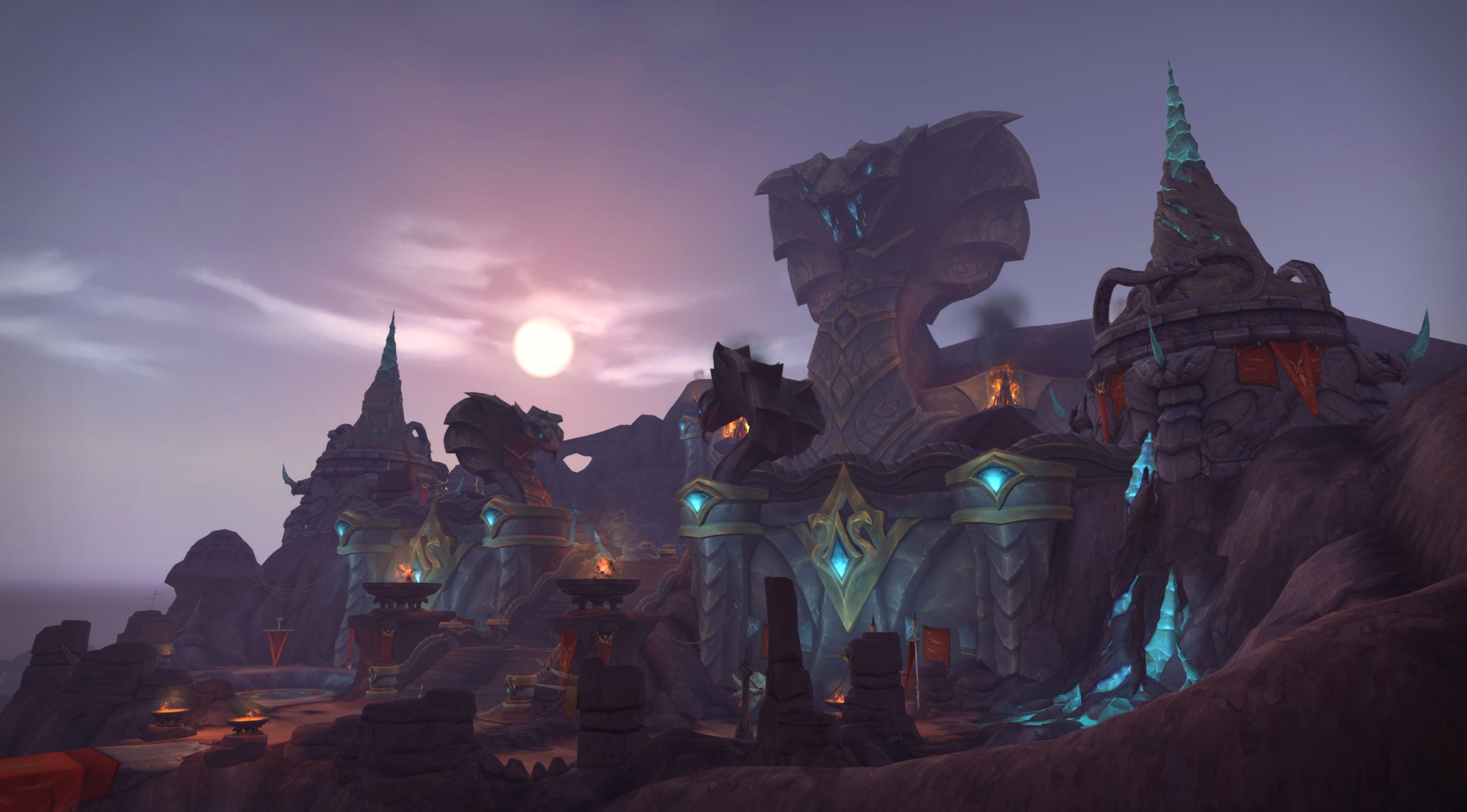 World of Warcraft Patch 9.2.5 will launch next week, bringing the long-awaited feature of cross-faction play to the game, in addition to several other updates. The patch will launch on Tuesday, May 31 in North America and on Wednesday, June 1 in Europe.

“Point-five” patches usually come halfway through the cycle of a major patch, traditionally adding minor content updates to the game, as well as fine-tuning game systems. Changes in Patch 9.2.5 will affect several facets of the game, including Mythic+ dungeons, rated PvP, and leveling.

With the launch of Patch 9.2.5, players will be able to take part in cross-faction activities. Players will have the option to make groups for Mythic+ dungeons, raids, and rated PvP matches without the restrictions surrounding factions. Alliance and Horde members will be able to participate freely in many gameplay aspects that require a group. Keep in mind that queueable content such as Heroic dungeons or random battlegrounds will still be limited by your faction.

In addition to cross-faction gameplay, several other features and updates will come to WoW when Patch 9.2.5 launches next week. Blood Elves and Dark Iron Dwarves will have the opportunity to complete a new questline that rewards them with thematic mounts and armor appearances. A new PvP arena, the Enigma Crucible, which is themed after the newly added zone Zereth Mortis, will also be added to the game in Patch 9.2.5

Although WoW Patch 9.2.5 will be coming next week, Blizzard Entertainment confirmed that Shadowlands season four will not launch until “later this summer.”

WoW Patch 9.2.5 will go live in North America on May 31 and on European servers on June 1.