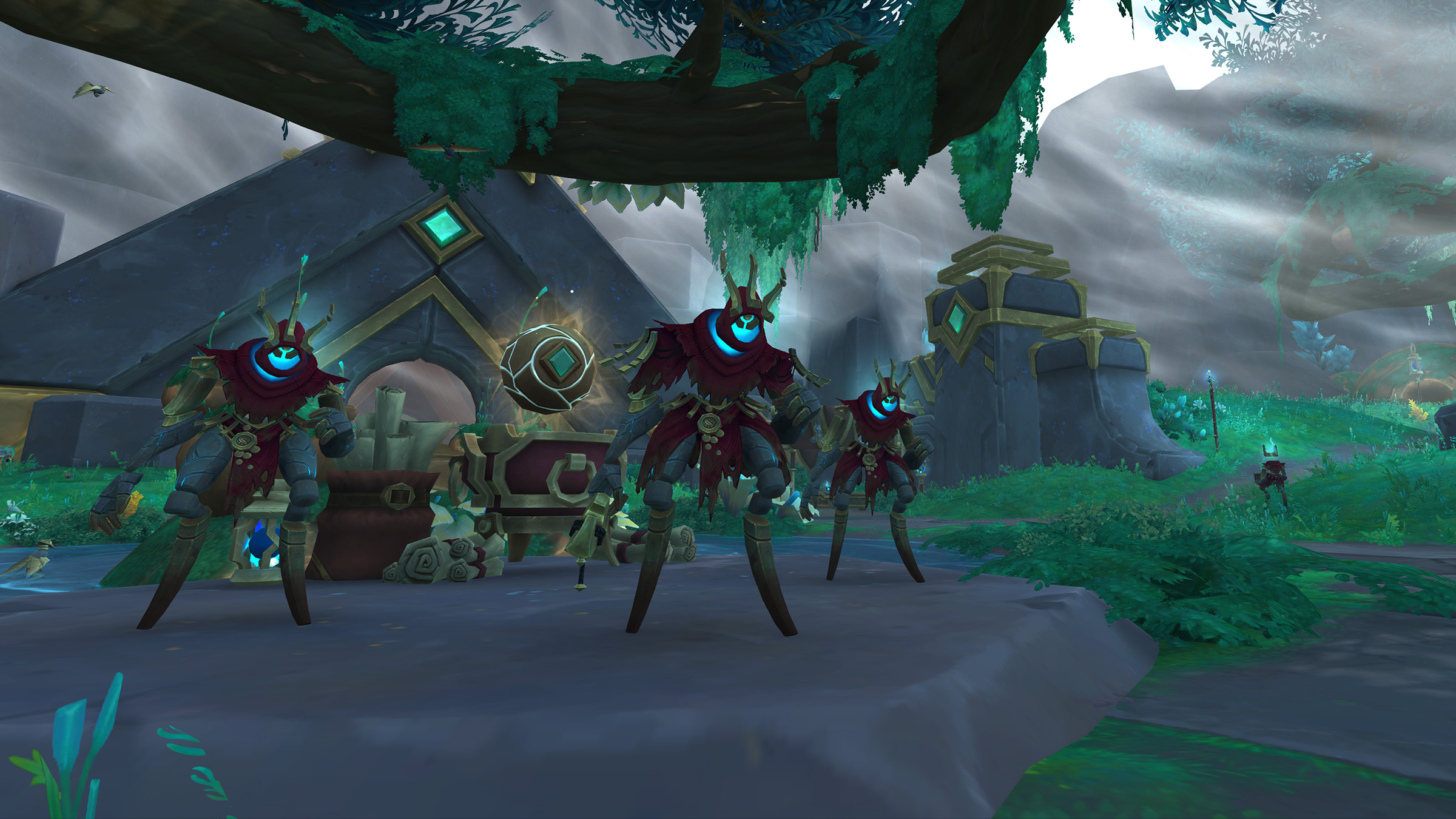 The next chapter of World of Warcraft: Shadowlands is on the horizon. Blizzard Entertainment revealed the game’s next upcoming patch, Patch 9.2: Eternity’s End, in a developer update earlier today.

With the patch, players will have the opportunity to dive into a new zone, Zereth Mortis, and advance the story of the expansion into its “third and final act,” according to Blizzard. Whether that implies another patch will be on its way after Patch 9.2 remains to be seen.

Zereth Mortis is “a realm unlike any we’ve seen before,” according to Blizzard. Its main inhabitants, the Enlightened, are a race similar to the Brokers of the Shadowlands but differ in the sense that they “treat their dwelling as a sacred place, and hope to answer to a higher calling—the pursuit of knowledge,” according to today’s developer update. Players will have the chance to interact with this new race, using them as the patch’s prime faction for story and character development.

Beyond the open world, WoW raiders will be able to jump into Shadowlands’ next major raid, the Sepulcher of the First Ones, a place where the Jailer will attempt to “rewrite the rules of the universe,” according to Blizzard.

The Sepulcher of the First Ones will feature several bosses, including various pieces of the Jailer’s army, the corrupted version of Anduin Wrynn, as well as a corrupted Constellar, an ethereal humanoid resembling a constellation—similar to Algalon the Observer from the Ulduar raid.

The raid will also feature the return of tier sets—unique sets of armor designed specifically for each of WoW’s 13 classes. “I think players will really enjoy the return of those class sets just as much as the team enjoyed making them,” said Steve Danuser, WoW’s lead narrative designer.

Patch 9.2: Eternity’s End will also feature new seasons for PvP and Mythic+ content, as well as updates to professions, soulbinds, and conduits. The patch has not yet been given an official release date.