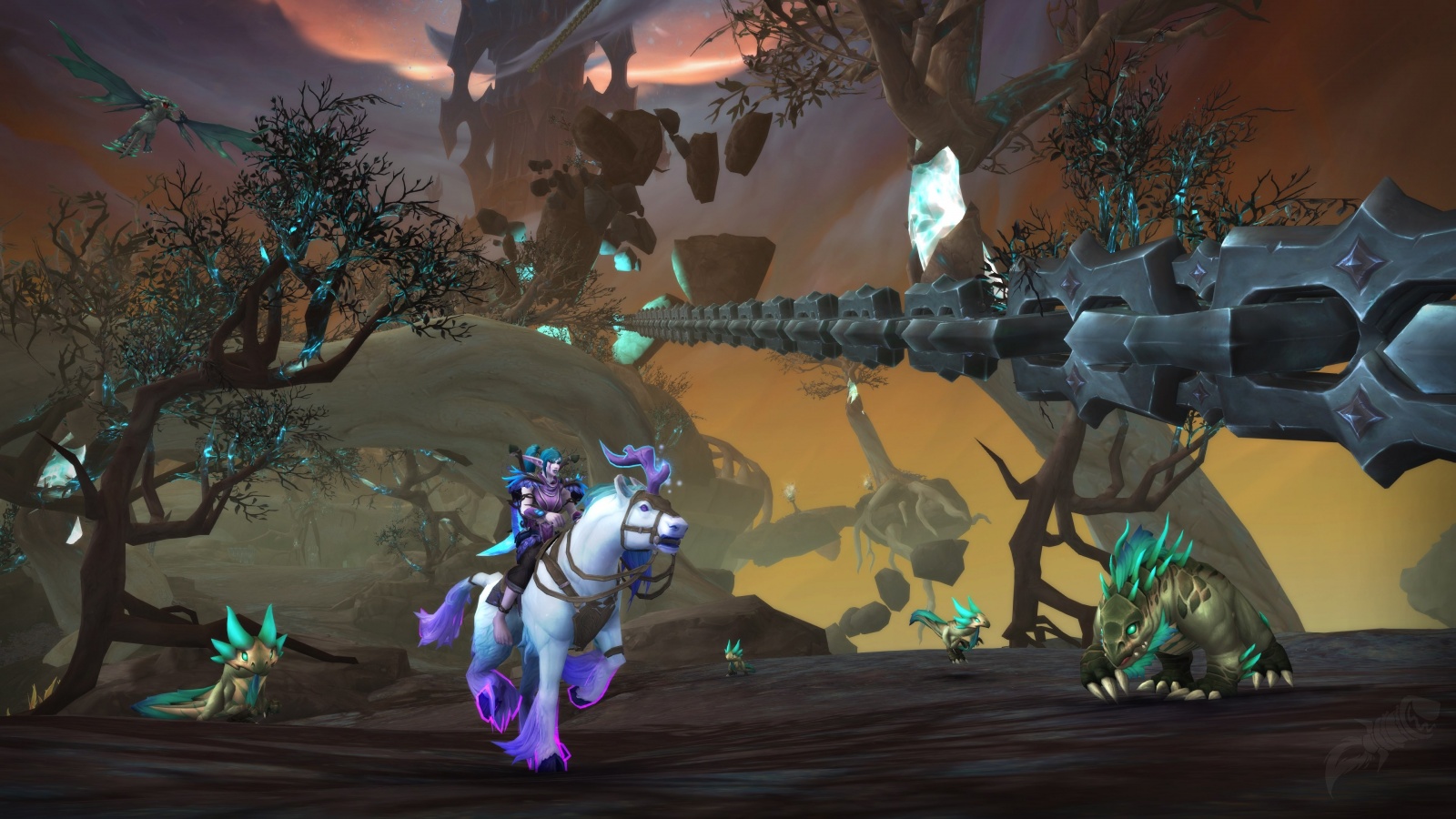 Just one day before BlizzConline is set to kick off, major announcements surrounding World of Warcraft: Shadowlands have been leaked.

Chains of Domination, the “first major content update” for Shadowlands, will bring with it a new zone known as Korthia, a “long-lost domain of the Maw,” according to a recent leak from Blizzard. Here, players will be able to take on new quests and progress their characters through outdoor endgame content.

Beyond open-world content, though, Chains of Domination is introducing two new instances to Shadowlands: one instance and one raid. The raid, called the Sanctum of Domination, will be located high atop the tower of Torghast and supposedly serves as the “seat of the Jailer’s power,” according to the leaked content from Blizzard.

The leaks also suggest that players will be able to “come face-to-face with the Banshee Queen herself in a fateful confrontation.” Still, it’s unclear in what capacity Sylvanas Windrunner will be featured in the game’s newest raid.

The five-player dungeon, Tazavesh, the Veiled Market, is “an eight-boss Mythic mega-dungeon set in a bazaar of the mysterious Brokers…culminating in a high-stakes heist to steal powerful artifacts from Azeroth,” according to today’s leaks.

Apart from dungeons and raids, players can reportedly expect to find new seasons for both PvP and Mythic+, as well as new cosmetic armor and soulbind powers for the recently introduced covenant system. Covenants are also expected to expand in Patch 9.1 with an extension of the max-level covenant campaign.

A release date for Patch 9.1 hasn’t been announced or leaked at this time.