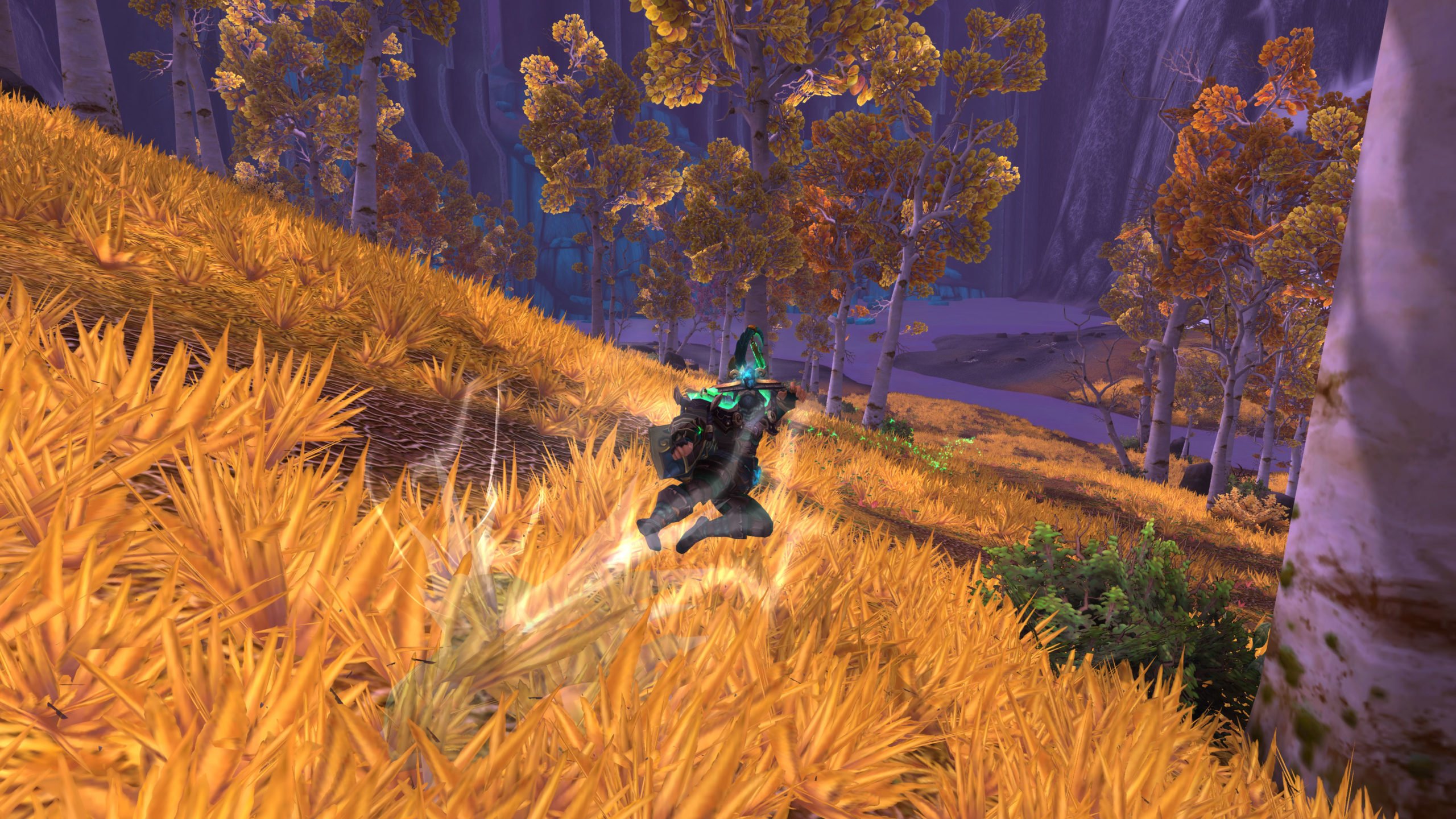 Windwalker Monk is one of the most unique classes in all of World of Warcraft. In Shadowlands, Windwalkers have emerged as one of the strongest melee DPS options thanks to their unrivaled utility, consistent and reliable throughput, and their immense survivability.

Additionally, no other class in the game holds a candle to the amount of raw mobility that Windwalkers bring to the table. As one of the most well-rounded classes in WoW, Windwalker Monk is a must-have for any raid or Mythic+ group.

Here are the best talents, builds, and strategies to use to make the most out of Windwalker Monks.

Level 15: Chi Wave – Chi Wave is the most convenient talent Windwalker Monks can select at level 15. This is largely thanks to the fact that it has no cast time, but also because the ability is strong in both single-target and multi-target situations.

Level 25: Chi Torpedo – The level 25 tier of talents is mostly decided by personal preference, but Chi Torpedo will notably increase your ability to travel long distances. Two casts of Chi Torpedo combined with a Flying Serpent Kick might be overkill in a lot of situations, but you can fully maneuver any encounter with just two abilities.

Level 30: Fist of the White Tiger – Monk players that played the class during the Legion expansion should remember the “Strike of the Windlord” ability granted by the artifact weapon, Fists of the Heavens. This talent is a direct copy of that ability and should be used as a default stopgap in your rotation when in need of some extra Chi.

Level 35: Ring of Peace – This talent puts Monks in a unique position. With Ring of Peace, they can have up to four potential interrupts in their kit alongside Paralysis, Leg Sweep, and Spear Hand Strike. Not many other classes in the game can rival this type of dependable utility, making Monk stand out as a reliable choice. As an added bonus, Ring of Peace is one of the strongest talents in the entire game in Mythic+. When dealing with specific affixes such as Sanguine or Bursting, Ring of Peace can be used to easily reposition mobs and reset fights.

Level 40: Dampen Harm – This talent provides a scaling damage reduction buff to the caster for 10 seconds, with larger incoming attacks having their damage heavily reduced. Up to 50 percent of all damage from all sources can be deterred with Dampen Harm, making it a generally strong defensive talent. When you’re in the mix—and you’ll be in the mix quite a lot as a Windwalker Monk—Dampen Harm is a fantastic tool for deflecting damage and surviving situations that should easily kill you. Try chaining or combining the ability with Fortifying Brew to survive extended periods of damage that might take up a severe amount of your healer’s time.

Level 45: Hit Combo – This talent is part of what makes Windwalker Monk such a unique class. Hit Combo ensures that every ability you cast that isn’t a repeat of the last deals bonus damage. As far as rotations go in WoW, almost every class in the game will have at least one stopgap spell they can spam over and over. With Hit Combo, that’s not the case. This talent makes Windwalkers all killer, no filler—especially in single-target situations.

Level 50: Whirling Dragon Punch – Another unique talent, Whirling Dragon Punch only comes off cooldown when your two main damage abilities, Fists of Fury and Rising Sun Kick, are on cooldown. Strong in both single-target and multi-target situations, WDP slots perfectly into the Windwalker rotation as an apex of sorts. Your complete chain of damaging abilities will always lead up to a strong WDP to cap things off before you circle back to the beginning of your rotation.

The ideal covenant for Windwalker Monks is Kyrian. The covenant gives all Monks the ability Weapons of Order, which provides a significant buff to Mastery and your abilities that consume Chi—namely Blackout Kick, Fists of Fury, and Rising Sun Kick. When activated, the ability essentially reduces your main damage cooldowns whenever you use another one of your main damage cooldowns.

Plainly speaking, Weapons of Order is a true “set and forget” ability. During its 30-second duration, you’ll want to cast those three abilities as often as possible, with Tiger Palms working in between to keep your Chi levels up to snuff. Since Weapons of Order doesn’t have any direct impact on your rotation like some other covenant’s abilities would, it slots directly into any single-target or multi-target situation as a straight buff to any damage you’re already dealing.

As a Windwalker Monk, your stat priority is as follows: Versatility > Mastery > Critical Strike > Haste.

Versatility and its flat impact on the percentage of damage you’ll deal is by far the best option Monks have at their disposal for increasing overall throughput. Beyond that, Mastery is also a great stat to stack considering the impact it has on Windwalker Monk’s playstyle as a class. Windwalker’s spec-unique Mastery is Combo Strikes, which boosts your non-repeated abilities to deal more damage. When combined with the Hit Combo talent, the ability to capitalize on that unique foundation of the class is something you should definitely prioritize through Mastery.

Critical Strike and Haste certainly have their place in your stat lineup, but Versatility and Mastery are too strong and far too catered to Windwalker Monks to not be prioritized.