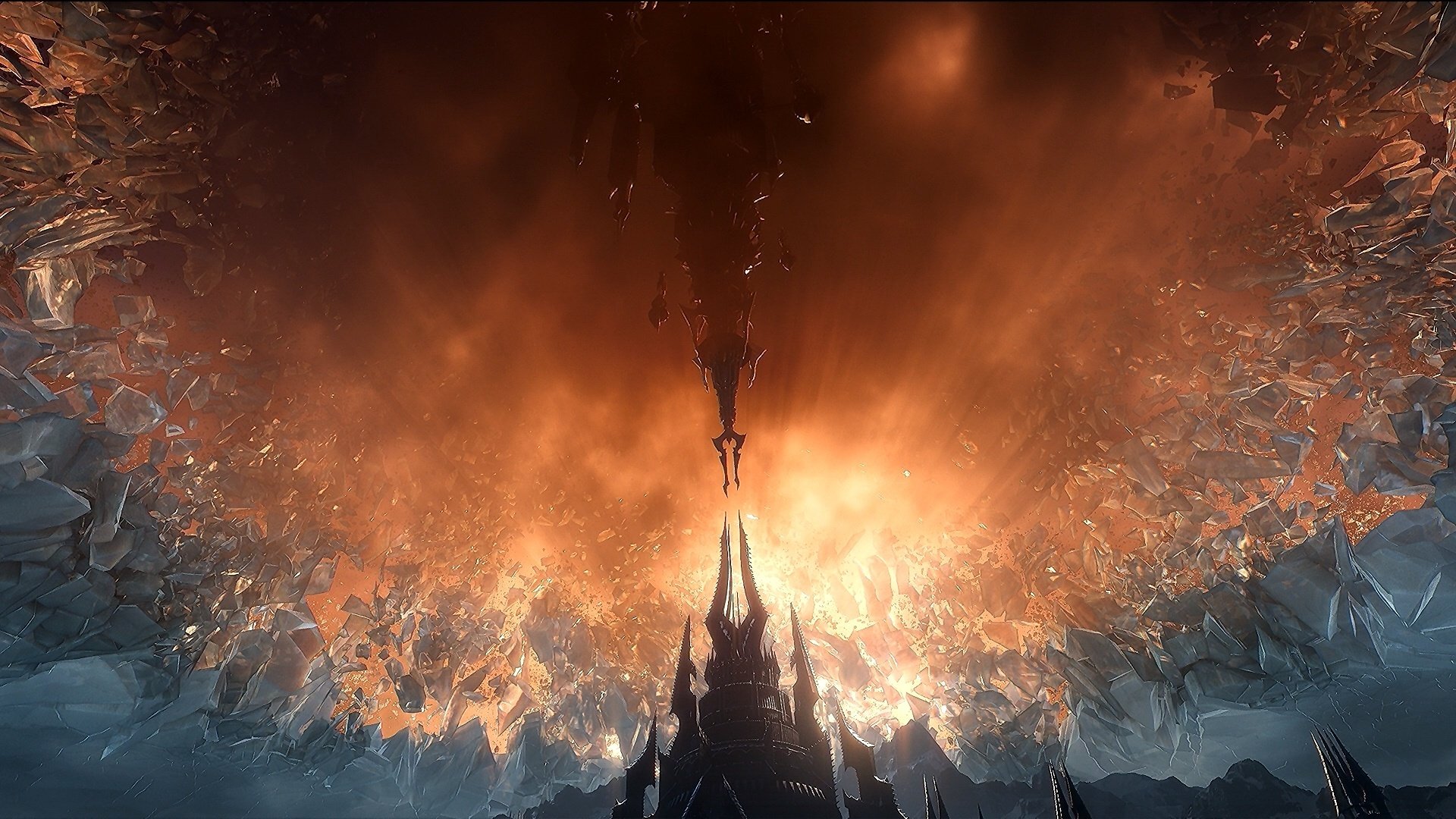 Paladins are one of the most versatile classes in World of Warcraft: Shadowlands in both player-vs-player (PvP) and player-vs-environment (PvE) settings, capable of healing, dealing damage or tanking. While Protection Paladins might not be as effective in PvP as other specializations such as Holy or Retribution, they can still find their niche and help you climb to your desired rating.

In PvE, Protection Paladins are great tanks due to their defensive cooldowns and the ability to sustain themselves with minimal heal intervention in low-difficulty environments. You have various damage reduction or healing effects to keep yourself up while healers will be busy topping up the DPS in your group.

In PvP, Protection Paladins were nonexistent at the start of the season but quickly became mainstream as more players realized their healing potential without spending mana. They started replacing the traditional healers in meta compositions before being nerfed to being situational instead of being mandatory. While their representation is less compared to Holy or Retribution, they do have some viable compositions to climb with, usually playing a back-oriented support role instead of a damaging one.

Here are the best Protection Paladin talents and build for PvP and PvE.

Protection Paladins are in a decent spot PvP-wise due to their offhealing capabilities and powerful defensive cooldowns. They can be hard to kill, especially if you kite around the map and spam your abilities from a huge range to generate Holy Power. With this resource, you can spam Word of Glory to keep yourself or your allies topped up. While some players tend to play Protection Paladins in melee range and withstand a lot of damage, they usually fail since their role is more of a secondary or primary healer role instead of a melee DPS.

Playing similar to a melee DPS won’t work out since tanks take additional damage in PvP to ensure they can be killed by other players. It’s recommended to trade your defensive cooldowns when you’ve found yourself in melee range so you don’t drop too low on health and are able to slowly recover it back.

Level 15: Holy Shield – This is the best talent in PvP since it can allow you to block certain key spells from your opponents, while also doing a nice amount of damage. If you are not facing spellcasters, you can go for Blessed Hammer for ranged Holy Power generation.

Level 25: Crusader’s Judgement – Judgement is the main damaging ability, which also generates Holy Power, so getting more stacks of it is crucial for success. Other talents are lackluster in PvP.

Level 30: Fist of Justice – This is the default pick since it reduces the cooldown of your Hammer of Justice. With this talent, you can easily spam-stun your opponents just as the diminishing returns ends.

Level 35: Blessing of Spellwarding – During most of your matches, you’ll be facing characters with a lot of magical damaging effects so taking this talent should help you withstand their pressure during key offensive cooldowns. If, however, you’re facing a mixed damage composition and might need Blessing of Protection, Cavalier is the better talent to go for.

Level 40: Seraphim – As a default pick in most of your games, Seraphim increases your stats by a lot for the cost of three Holy Power. You’ll be doing much more damage and healing during its duration, giving you a lot of kill opportunities against opponents.

Level 45: Hand of the Protector – This is the talent that gave the Protection Paladins a way to replace the healer in many compositions during the early months of Shadowlands. There were and still are plenty of opportunities to offheal as a Protection Paladin in three-vs-three due to this talent.

Level 50: Sanctified Wrath – This talent allows you to be much stronger during your Avenging Wrath and gives Judgement more opportunities to generate Holy Power for your other spells.

Versatility is your core stat since it increases your damage, while also making you harder to kill. While the damage increase might not be as high as the others, the additional survivability it grants is crucial to negate your weakness. Haste is the best secondary stat after Versatility, giving you faster attacks and globals to increase your damage. Mastery and Critical Strike are lower in priority, but if you have higher item level gear with these stats, feel free to use them instead. As for the Legendary item, you want to go for Reign of Endless Kings to be harder to kill.

The optimal covenant for a Protection Paladin in PvP is Kyrian. Summon the Steward ability is a great additional sustain tool and can help you avoid death in situations where you’re out of cooldowns or Holy Power. The extra seconds granted due to its healing can become the main reason you survived an encounter. Divine Toll is also an amazing ability, allowing you to do a lot of damage and generate Holy Power on demand.

The three PvP talents you should use by default are Guardian of the Forgotten Queen, Shield of Virtue, and Steed of Glory. These talents will make you much harder to kill and also give you the ability to shield your ally from damage for 10 seconds every three minutes. The Steed of Glory talent will make you immune to most CC abilities, while also giving you a two-second knockback effect, capable of interrupting key abilities from your opponents.

Protection Paladins remained some of the best tanks in Shadowlands. They provide great utility tools, especially in Mythic+ where their offhealing allows you to withstand a lot of powerful damaging effects done by small group of adds or strong bosses.

In raids, you have various tools to withstand deadly blows from the bosses alongside a safety net in Divine Shield, giving your healers a second chance at topping you off before you die. Overall, Protection Paladins will always find a spot in both dungeons and raids to tank.

Level 15: Holy Shield – This is the best talent in PvE since it can allow you to block certain key spells from your opponents, while also dealing damage. If you’re not adds or bosses with powerful spells, you can go for Blessed Hammer for ranged Holy Power generation.

Level 25: Crusader’s Judgement – Judgement is the main damaging ability, which also generates Holy Power, so getting more stacks of it is crucial for success. First Avenger is a decent alternative for Mythic+ since it allows you to absorb a nice chunk of damage.

Level 30: Bliding Light – This offers great CC that can help you take multiple adds in Mythic+ by blinding them for a couple of seconds while you take down another group.

Level 40: Divine Purpose – This is the best talent in the row since it allows you to get a free Holy Power finisher which deals either 20 percent more damage or healing. By default it should be picked, but if you need some additional burst or offhealing, then Holy Avenger might be a better choice.

Level 45: Judgement of Light – Every time you’ll use Judgement, there will be a debuff to heal your party or raid group. While in the short term it won’t be that impactful, it can quickly add up during longer fights. Since you’ll be using Judgement frequently, it’s important to pick this talent to get additional utility for your teammates.

Level 50: Righteous Protector – This is the default talent in most situations since it reduces the cooldowns of your main offensive and defensive cooldowns. It can help you have more survivability or burst phases.

Haste is your primary stat up until around 20 percent, when it becomes less effective the more you stack of it. Afterward, you should stack Versatility since it increases your damage, while also making you harder to kill. Versatility also provides both a reduction in damage taken and an increase in self-healing, in addition to providing a noticeable damage increase, putting it on the pedestal in regards to stat priority. As for the Legendary item, you want to go for The Magistrate’s Judgement to reduce Holy Power costs for abilities.

The optimal covenant for a Protection Paladin in PvP is Kyrian. Summon the Steward ability is a great additional sustain tool and can help you avoid death in situations where you’re out of cooldowns or Holy Power. The extra seconds granted due to its healing can become the main reason you survived an encounter. Divine Toll is also an amazing ability, allowing you to do a lot of damage and generate Holy Power on demand. Other covenants come close as well and might be better suited in certain scenarios, but the overall best pick is Kyrian.