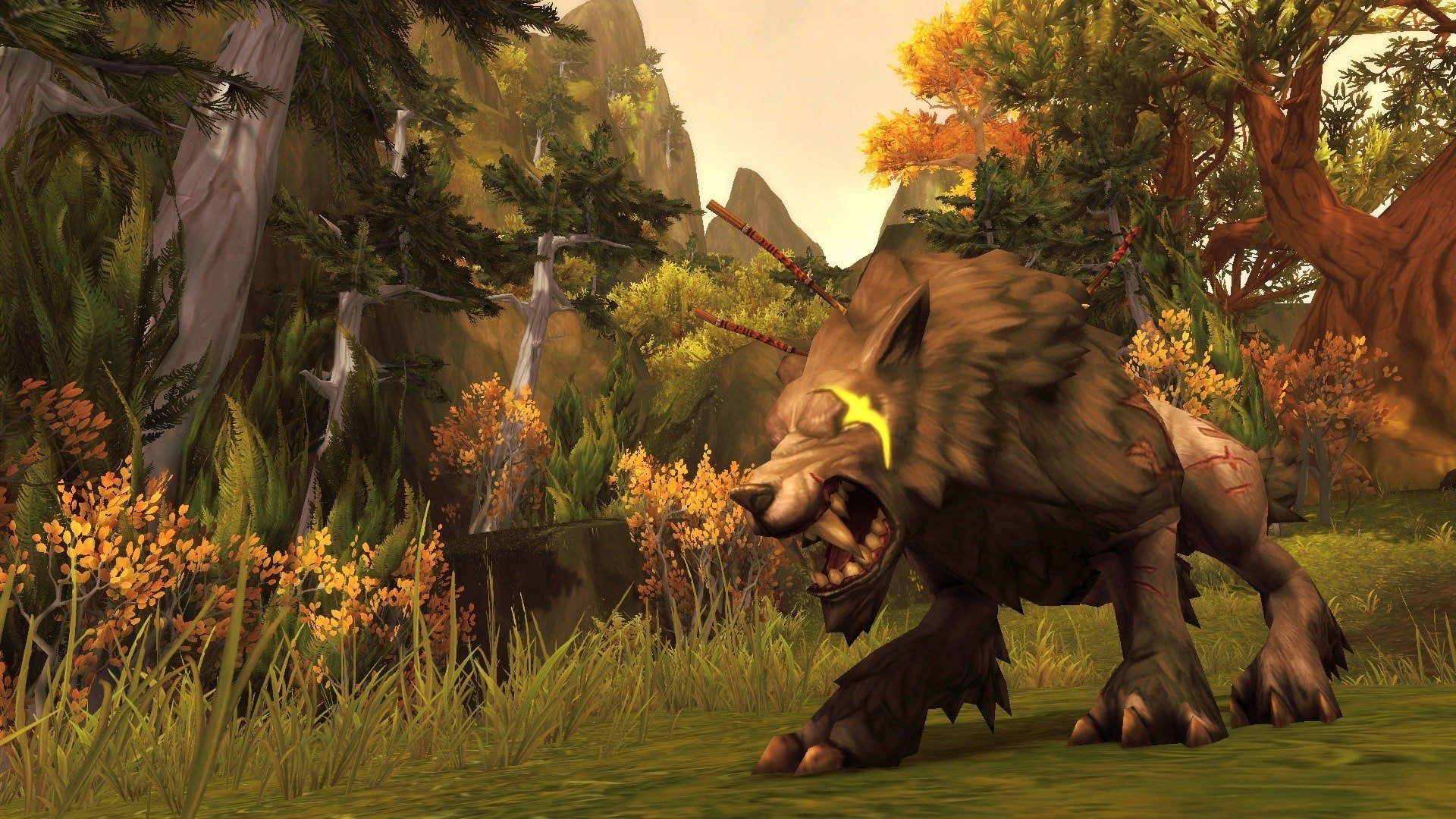 Beast Mastery Hunter is one of World of Warcraft’s most iconic specializations. Since the launch of the game, it has always been a competitive choice for ranged DPS players looking to dish out chart-topping damage.

Now, in Shadowlands, Beast Mastery stands out as a competitive spec in both raids and Mythic+ dungeons. By bringing a strong mix of AoE damage and single-target throughput to each encounter, BM Hunter can go toe-to-toe with practically any ranged spec in the game.

Here are the best talents and builds to use to make the most out of Beast Mastery Hunter in WoW: Shadowlands.

Level 15: Animal Companion – This talent allows you to summon a second permanent pet to fight by your side. This pet will do you everything your original pet does, except for using basic abilities such as Claw, Bite, or Growl. To counteract the fact that you have two pets, the damage your pets deal is reduced by 35 percent, but the presence of two companions is enough to offset this raw damage decrease.

Level 35: Thrill of the Hunt – Thrill of the Hunt increases your crit chance by three percent every time you cast Barbed Shot. This talent works nicely in conjunction with many of your other abilities since using them with an increased crit chance will always be beneficial—especially if combined through the previously mentioned Bestial Wrath and Barbed Shot combination.

Level 45: Stomp – Stomp causes your pets to stomp the ground around them whenever you cast Barbed Shot. This makes Barbed Shot’s instant throughput even stronger. And since you have two thanks to Animal Companion, you’ll be dealing double the damage through this talent more frequently.

Level 50: Bloodshed – The perfect talent for sustained damage, Bloodshed causes your pet to bite your target, dealing bleed damage to it for 18 seconds and causing your pet to deal 15 percent more damage to that target. With two pets, this talent is incredibly effective. Your two companions will essentially have a 15 percent raw DPS buff on a 60-second cooldown.

There are countless options for Beast Masters to tame as pets. Since the specialization allows for the taming of all animals in the game through the Exotic Beasts ability, the options for the class are endless.

But the best pets Beast Mastery Hunters have available to them are Spirit Beasts. With an offensive dispel, an increased health pool, and a full-blown healing cooldown in Spirit Mend, Spirit Beasts bring more versatility to a group than any other pet.

As an alternative, any pet under the Ferocity tree will work in a pinch, but only if your group is missing a class that can bring Heroism or Bloodlust to an encounter. If you’re missing a Shaman or Mage in your group, a Ferocity pet—such as a Cat, Wolf, or Wind Serpent—should serve as an acceptable alternative.

The best covenant for Beast Mastery Hunters is Night Fae by a relatively wide margin. In fact, one could make the claim that Night Fae and Hunter make for a better duo than any Class/Covenant combination in Shadowlands.

This is mainly because of the ability that Hunters receive upon joining the Night Fae, Wild Spirits. Wild Spirits is an incredibly strong AoE ability that has a two-minute cooldown and causes any damage you deal to a target within its radius to also be dealt to nearby targets. The cooldown of Wild Spirits lines up perfectly with some of your other cooldowns, notably including Aspect of the Wild and (sometimes) Bestial Wrath. Make sure to use Wild Spirits during a window in which you know you’re going to pump out a ton of damage because there aren’t many DPS boosters that are this strong in Shadowlands.

Haste is easily Beast Mastery Hunter’s most effective stat since it increases your focus regeneration and reduces the cooldown on several major abilities, including Kill Command and Barbed Shot. Additionally, stacking Haste will reduce the global cooldown on all abilities to 0.75 seconds as opposed to the baseline 1.5 seconds.

Beyond Haste, Critical Strike is a solid choice for stacking due to the fact that BM Hunter has plenty of abilities that can chain together for quick bursts of damage. If their damage is doubled thanks to Critical Strike, your burst potential could skyrocket—especially during the windows when your important cooldowns such as Aspect of the Wild and Bestial Wrath are being used.

Versatility and Mastery will provide boosts to your overall DPS, but because they don’t directly affect your abilities as heavily as other statistics, they shouldn’t necessarily be prioritized over Haste and Critical Strike.