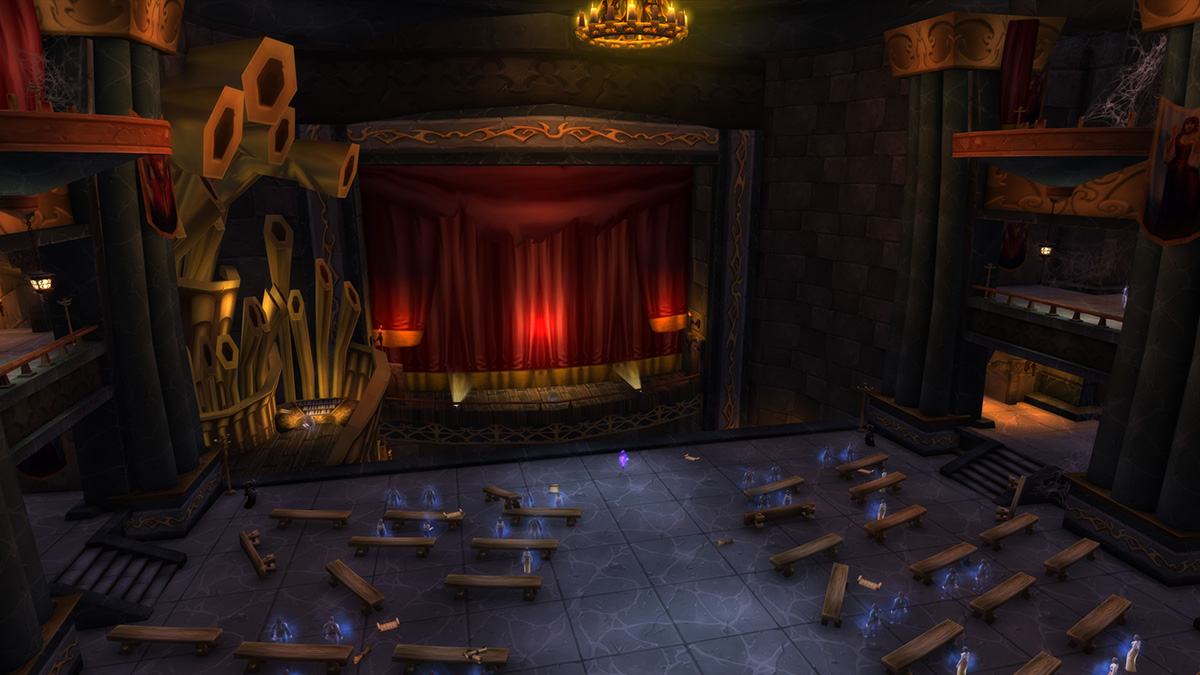 When farming the Return to Karazhan dungeon in World of Warcraft for a chance at the Midnight mount, you might occasionally run into a “bug” that prevents you from progressing past the dungeon’s first boss: the Opera Hall.

The Return to Karazhan opera event rotates on the tri-weekly schedule between parodies of three different real musicals: Wicked, Beauty and the Beast, and West Side Story. The West Side Story-inspired event in the Return to Karazhan Opera Hall can sometimes be frustratingly bugged when you attempt to complete it, although this unfortunate obstacle can be overcome if you complete the encounter patiently and correctly.

Here’s how to solve the issue surrounding this particular version of the Opera Hall and ensure that your runs of the dungeon go as smoothly as possible.

How to prevent the Karazhan opera “soft-lock” bug

The West Side Story-inspired Opera Hall encounter features two packs of enemies, one of which is a gang of humans led by “Toe-Knee” and another by a Murloc named “Mrrgia.” You’ll have to wait for these two characters to act out some RP during combat before you can cleanly take them down and progress through the dungeon.

When initiating combat with Toe-Knee, make sure you don’t burst him down as soon as possible. Reducing his health to zero too quickly will make it impossible for the necessary dialogue to trigger, essentially soft-locking the boss encounter.

Should you kill Toe-Knee too quickly by mistake, you’ll have to use your Hearthstone to leave Karazhan and try the encounter over from the start upon returning to the instance.

Related: All classes with a battle resurrection ability in World of Warcraft

Before beginning combat, it may be best to take off some of your gear in an effort to reduce your stats. From there, you shouldn’t use any hard-hitting abilities on Toe-Knee and only damage him with your auto attacks. When he reaches about half HP, Mrrgia will join the fight. Chip away at her HP before fighting her and Toe-Knee at the same time. When the pair of lovers begin to fight you at the same time, you’ll be safe to complete the encounter.