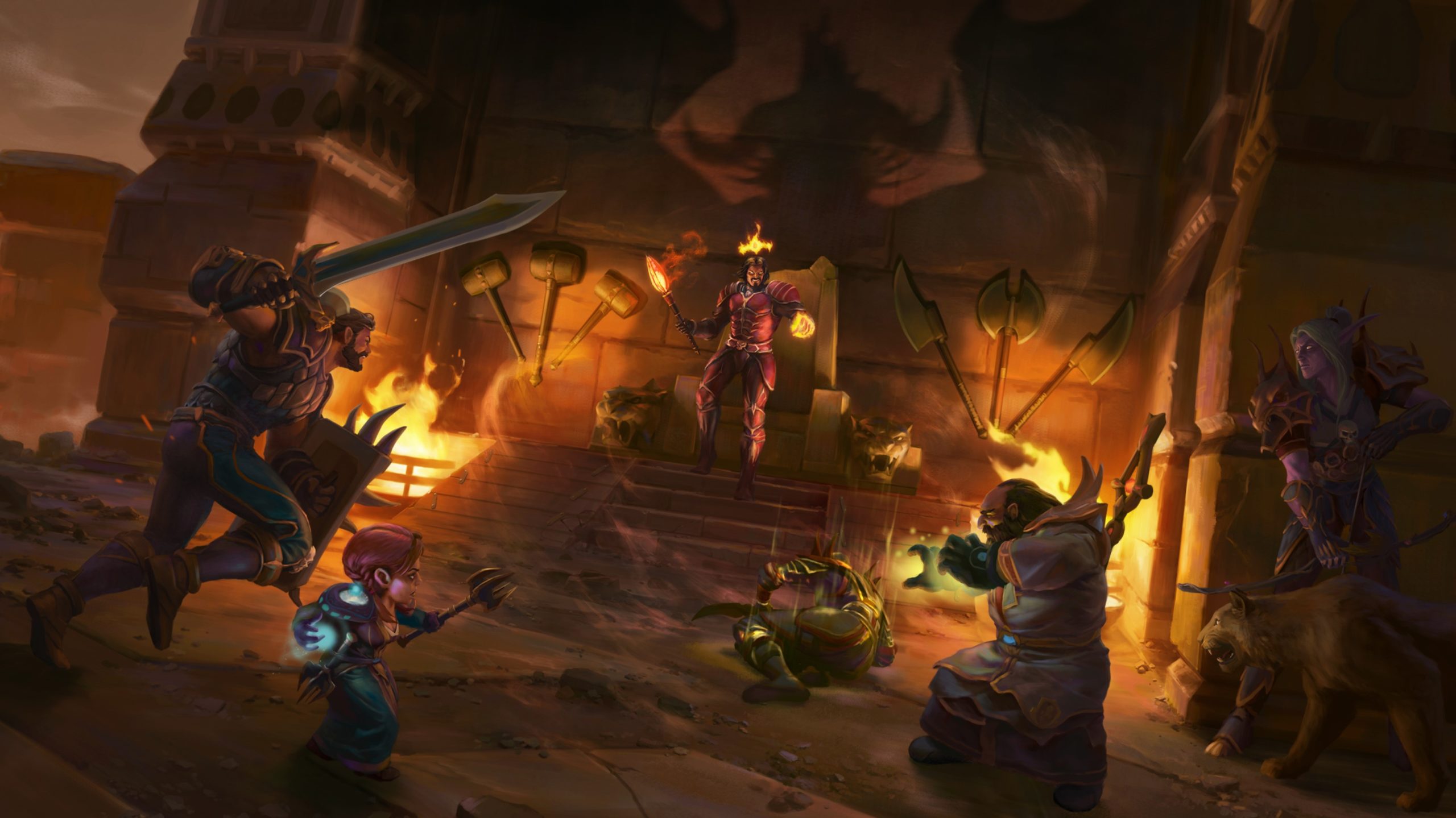 World of Warcraft raiding is a piece of content that generates two different games according to the game’s director, Ion Hazzikostas.

There is what he calls “Game One” in which players work together as a team to overcome obstacles and challenges to defeat bosses. This is the game that he and his team work to design. Then there is what he refers to as “Game Two.”

“[It’s something] players have largely created for themselves,” Hazzikostas said. “Which is ‘win DPS meters, beat my performance from last week, get a purple parse, get a gold parse.’ … We don’t create that game, but many people are playing it.”

Hazzikostas admitted that for a large portion of the player base, that second game is a driving factor in their motivation for playing WoW. In seeking to maximize the experience of “Game One,” though, Blizzard can at times adversely affect this alternate approach to the game that many gamers enjoy.

By having classes with abilities that can enhance or buff their fellow teammates, vying for the top of the damage meter or impressive parses can be skewed massively. If players want to get top parses, they might need to have the support of their full raid buffing them to give them an opportunity to edge out everyone else.

In an interview, Hazzikostas made it clear that he and his team are largely focused on making Game One the best that they can make it, and sometimes including party buffs or abilities like a Priest’s Power Infusion, which was reintroduced to the game in Shadowlands, can do a lot to enhance it.

“This is definitely a space that we’re interested in exploring, and not everything that’s in these first iterations of talent trees is necessarily going to make it to live,” Hazzikostas said. “We want to dip our toes in the water of that space without going too far to the extreme where 15 years ago toward the end of Burning Crusade where making a raid group as a raid leader was a matrix of 15 different buffs.”

In the alpha for Dragonflight, gamers have already seen new abilities from Rogues that help reduce the cooldowns of their teammates, and the game’s newest class, Evokers, also has some raid buffing utility as well.

While Hazzikostas made it clear that he doesn’t want party and raid buffing to get out of hand like it perhaps was a long time ago, the general principle is one he wants to make a part of the game.

“The general design space of ‘I can make choices that make my buddy stronger’ in a cooperative game seems like a natural one-to-one to explore,” Hazzikostas said.

As for the competitive side of the game, Hazzikostas said that because it is an aspect of the game that is so strongly shaped by the community, it’s perhaps more appropriate for them to decide how that is handled.

“Game Two” is one that has its own set of rules that logging websites set parameters for. For instance, Hazzikostas noted that in many situations, the culture surrounding damage logging ignores “padding” that happens when players do excess damage that isn’t particularly relevant to the execution of a given fight.

“So to some extent, we want to focus on designing for the so-called ‘Game One’ and making that the best experience possible,” he said. “And leave to the community and log sites and others to figure out the rules for how they want to determine who the best Hunter is or who the best Mage is on a fight.”