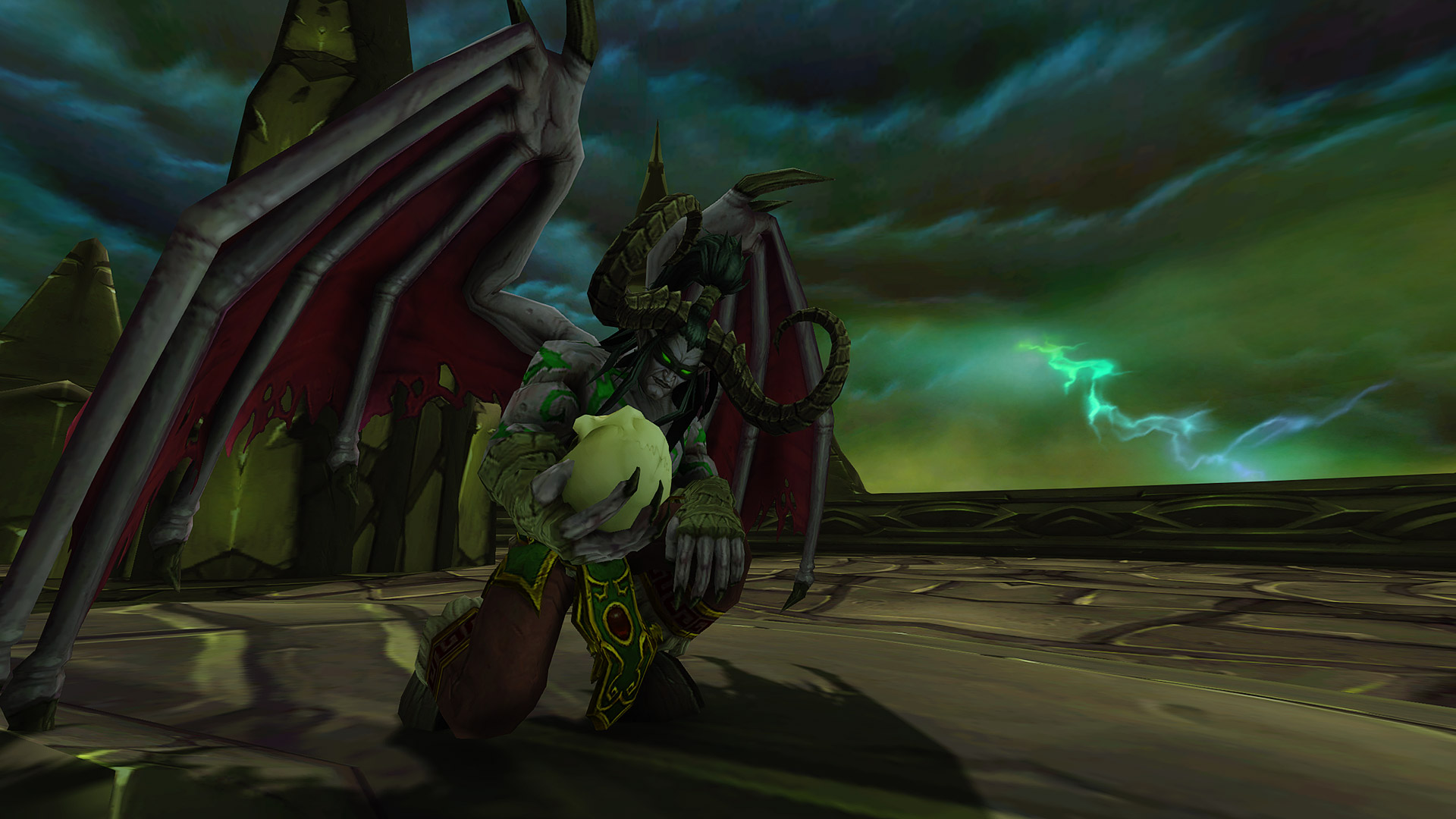 World of Warcraft turns 17 later this year, which means players can expect a plethora of in-game rewards to collect once the event begins this fall. Such rewards have been added to the game’s public test realm and are now available to view.

The items that will be available to claim during WoW’s anniversary event are all themed after The Burning Crusade. The game’s first expansion is 14 years old this year and is being re-released to Classic servers at some point in 2021.

When the anniversary event launches on retail servers later this year, players will be able to obtain a new mount, the Illidari Doomhawk, upon killing a World Boss known as the Doomwalker in Tanaris. The boss is a callback to the original Doomwalker, a major enemy in Shadowmoon Valley during the original release of the Burning Crusade expansion 14 years ago.

In addition to a new mount, Blizzard is adding several epic items that resemble classic pieces of gear from The Burning Crusade. Recognizable items such as the Ethereum Nexus-Reaver and the Barrel-Blade Longrifle will be available to obtain in an updated setting once WoW’s anniversary event begins later this year. Akama’s Edge, an epic one-handed sword resembling the weapons wielded by Akama in the Black Temple, is also being made available for players