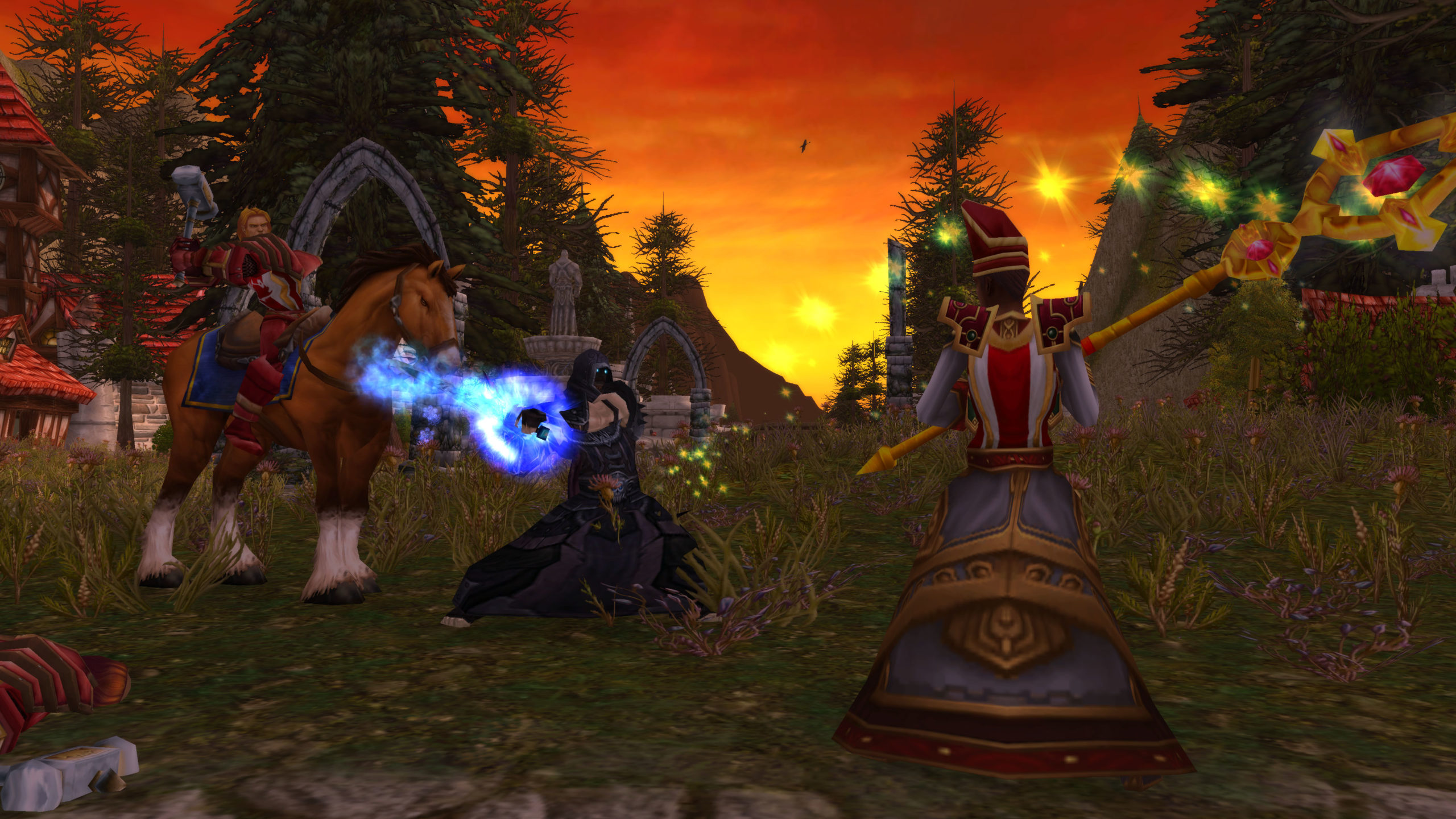 The World of Warcraft: Wrath of the Lich King Classic pre-patch has entered its second phase, meaning the Zombie Plague world event has begun on servers across the world. This world event should acclimate players to the idea of the Scourge invading Azeroth before they’ll have the chance to take the battle to the Scourge on its home turf in Northrend.

The Zombie Plague was an integral part of the original Wrath of the Lich King pre-patch back in 2008, and Blizzard has brought it back for another go-around as the launch of Wrath Classic is coming later this month.

The Zombie Plague world event adds a new mechanic to WoW Classic where players can get infected with a disease that turns them into a zombie after a brief period of time. The only way to ensure you don’t turn into a member of the Scourge is if you get healed.

Here’s how to remove your impending zombification in WoW: Wrath Classic, just in case you get infected by another zombie.

Zombie infections in WoW: Wrath Classic travel quickly, as players have the ability to infect other players with the zombie plague after catching it themselves. When you become a zombie, you’ll gain a new set of abilities

Players who become infected by other players have 10 minutes to remove a debuff from themselves, or else they’ll also be turned into a zombie.

To get rid of the debuff called “You’re Infected!” you must visit an Argent Healer in any major city within the 10-minute time window. Paladins and Priests, who have the ability to cure diseases, can also remove the plague’s debuff.

Where to find Argent Healers

If you aren’t able to get to a major city or a friendly player in time, you’ll be turned into a zombie at the time of the debuff’s expiration. Only death will remove your character’s zombie status.

The Zombie Plague world event will run throughout the Wrath Classic pre-patch and will conclude when the expansion properly launches in full on Sept. 26.