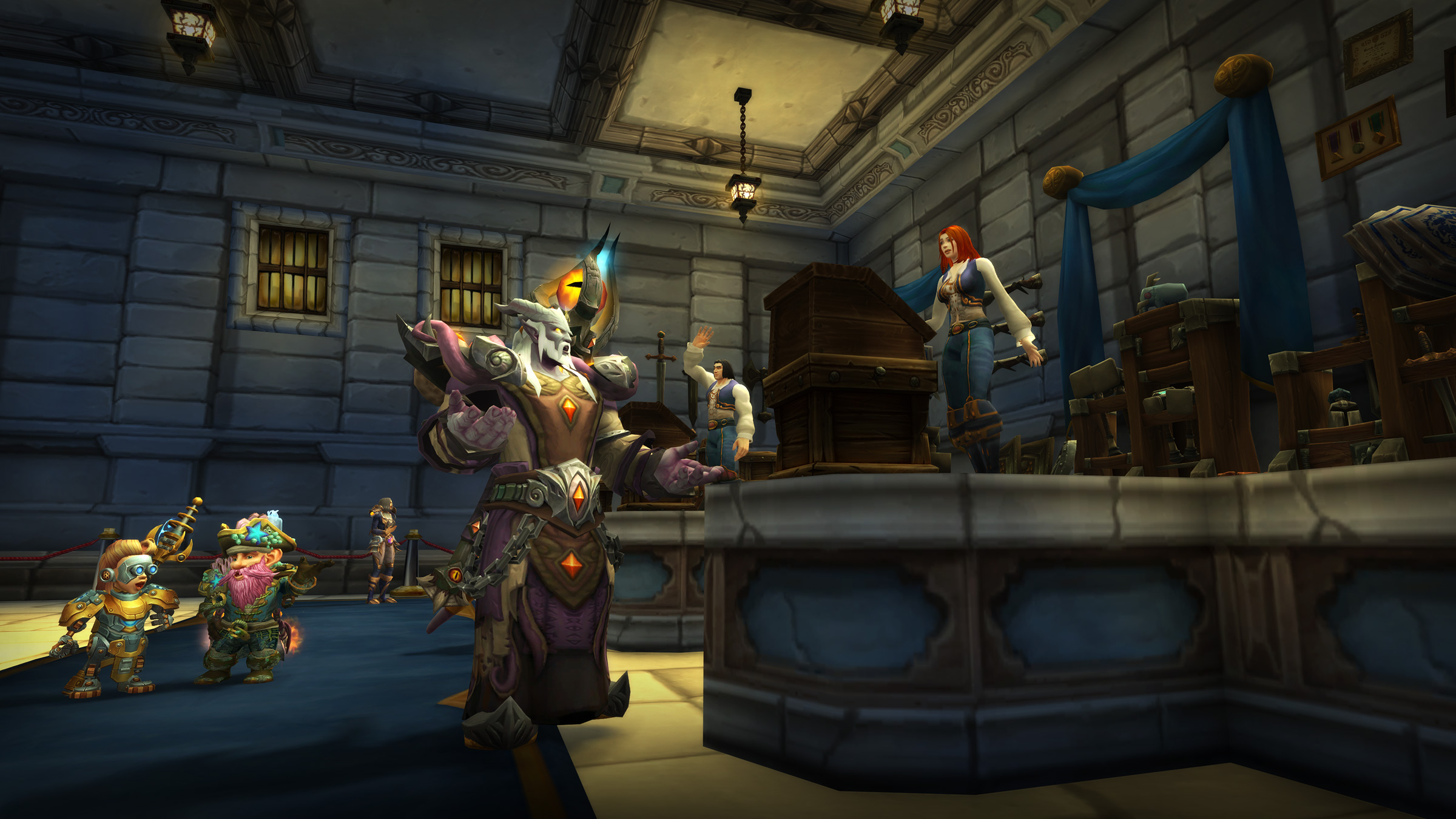 Blizzard Entertainment is updating World of Warcraft’s Auction House, making certain items available across regions, as opposed to being locked to players’ individual servers. Throughout WoW’s history, Auction House prices have varied on a server-to-server basis. But in Patch 9.2.7, Auction Houses will share region-wide prices for items that are considered “commodities,” according to a recent development update from Blizzard.

Commodity items in World of Warcraft include gems, food, flasks, herbs, and other consumables. Items like these will be available to purchase on a region-wide basis, with prices being standardized across all servers. This change could potentially alleviate issues on certain low-population servers where players are more likely to encounter gouged prices on consumable items.

Items that are more unique and harder to come by, such as weapons and armor, will continue to be limited to server-specific prices, according to Blizzard. “The Auction House you know and use today should look and feel exactly the same; it’ll just have way more buyers and sellers available to you for commodities,” Blizzard said in its update.

Blizzard also noted that a new and separate version of the in-game trade chat channel will be added in Patch 9.2.7. This new version, called “Trade (Services),” should be used specifically by players selling services, rather than goods. Players partaking in the selling of dungeon runs, raid assistance, and PvP carries should navigate to this upcoming channel to sell their skills. Players who sell goods in-game will still be permitted to do so in the current version of trade chat.

WoW’s updated region-wide Auction House is currently available to be tested on the game’s Public Test Realm, and will be implemented when Patch 9.2.7 goes live.