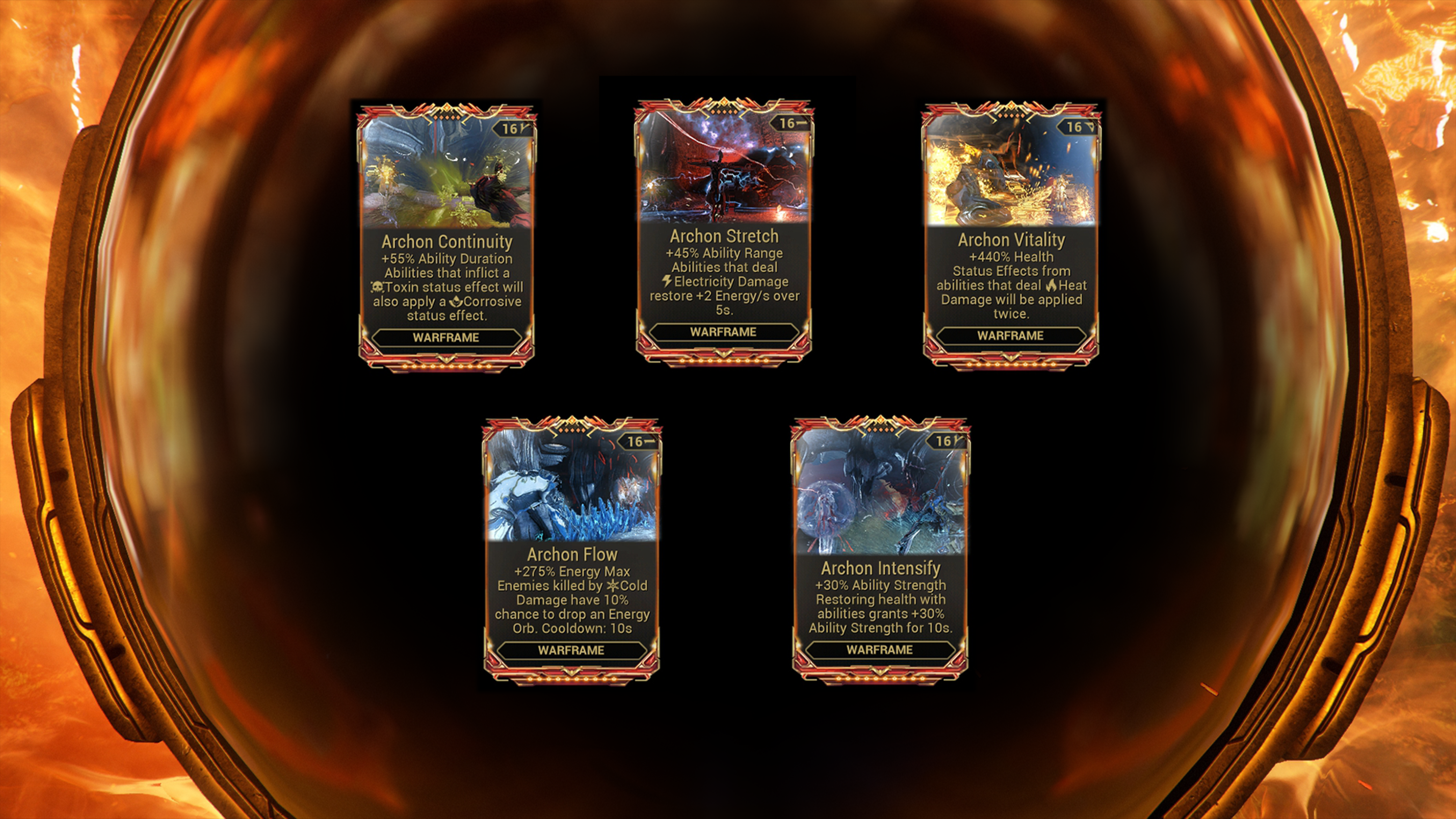 Archon mods are one of the new additions to Warframe in the Veilbreaker update. They promise to shake up the upgrade system and displace some established mods. Archon mods are a new take on five of the most popular mods, working as an alternative to Primed, Umbral, or even normal versions of these mods.

The main distinguishing feature of Archon Mods is they interact with abilities. Archon Continuity, for instance, applies a Corrosive proc every time an ability causes a Toxin status effect, while Archon Flow increases the chance an enemy will drop an Energy Orb if they die to Cold damage.

In addition to those effects, Archon Flow and Continuity will grant similar stat bonuses to the Primed versions of those mods, though with a higher mod cost. Each Archon mod costs 16 energy, though they have their own polarities, which helps offset their large cost and even mitigate the difference between the Archon and Primed versions of some mods.

They also have the same polarities as their base versions, which allows players to swap them out without much effort.

There are five Archon mods in Warframe:

Obtaining these Archon mods requires you to put in the work in Kahl-175’s weekly missions and to rank up with the Kahl’s Garrison Syndicate—if you don’t want to shell out Platinum, that is. Here’s how you can add them to your collection.

How to obtain Archon Mods in Warframe

Archon mods are obtained by using Stock at Chipper, the new vendor for the Kahl’s Garrison Syndicate. Players can earn Stock by completing bonus objectives in Kahl’s weekly missions—from breaking enemies’ Narmer Veils to finding collectibles throughout the mission or even completing an assignment without dying. Each bonus objective awards you an amount of Stock, which you can exchange with Chipper for the Archon mods available.

If you’re not looking to grind Kahl’s Garrison or just want a quicker way to obtain Archon mods, you can also trade with other players, though the price of Archon mods may fluctuate.

If you have the Platinum to spare, this will likely be the quickest (and most expensive) way to get your hands on some Archon mods. Chipper is located on Kahl’s Garrison, on the right side of the hut-like structure where Kahl-175 also stands.