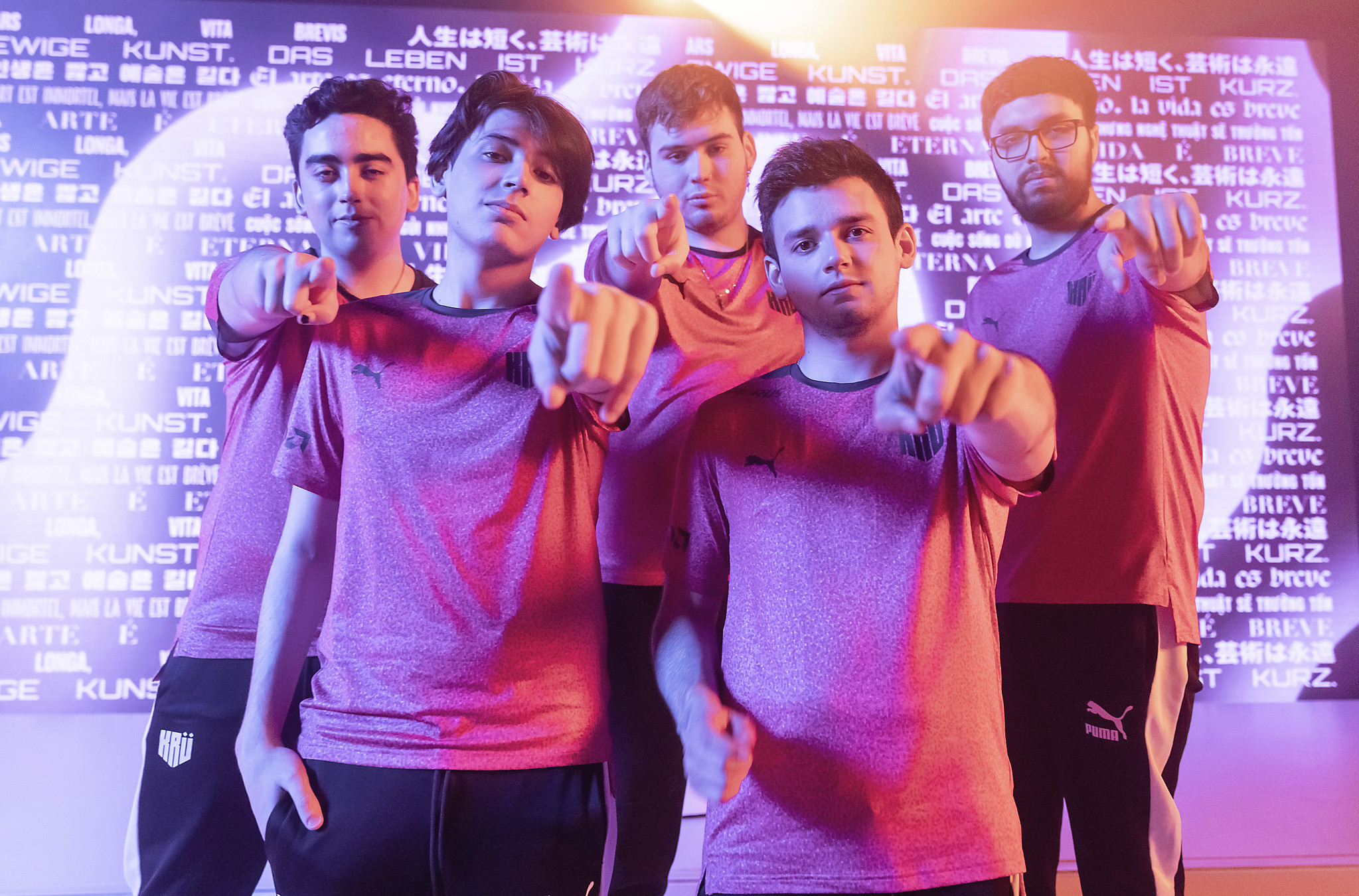 Just when things were looking like a stomp in the first half of the first map, KRÜ Esports pulled out the victory in a tight VALORANT match that ended in map three, starting off an exciting day of VCT Masters Berlin today.

The first map was deceivingly favored towards KRÜ Esports. The score rested at an incredible 11-1 after the first half of Ascent, and even the casters joked about the analysis taking longer than the second half of the map, but ZETA DIVISION woke up and started picking up rounds. Although they picked up so many rounds so quickly, ZETA were unable to take it all the way, giving the first map to KRÜ.

A standout play of the first map was Nicolas “Klaus” Ferrari, who deleted three members of ZETA off the map in round eight.

Map two took the teams to Split, where the match really started to get heated. Ryu “Reita” Oshiro brought out several near-clutches, decimating several of his enemies before he was eliminated. Takemori “takej” Shogo and Ushida “Laz” Koji were dominant on Split, earning themselves 22 and 20 kills respectively.

ZETA earned the decisive victory in Map two, only giving up five rounds in a row in the first half of Split. Once the second half started, ZETA denied KRÜ a single round and forced the game to map three to determine who would stay afloat and who would sink to the decider match.

The final map of the game wasn’t quite as close as many expected it to be, but it was more back-and-forth than the previous two maps. At halftime, the score stood at 7-4 in favor of KRÜ. Although ZETA took two rounds from them in the second half, KRÜ came up with the victory, ending the map 13-7 and sending them forward to the winner’s match.

The production team also had a nifty trick up their sleeves for the last map of the game, when Juan Pablo “NagZ” Lopez got the last kill in one of the rounds. Production cut to a scene over the stage that showed the new Zedd skin effect that wowed the casters and viewers alike.

Tomorrow, KRÜ will have to fight through Envy, a North American team. “I want to represent the region, so we’re looking at Envy just like any other team,” Angelo “keznit” Mori said in an interview after the match. Envy won their game against Vivo Keyd 2-0, which sent them forward to the winner’s match, and they know KRÜ Esports will be on the other side.