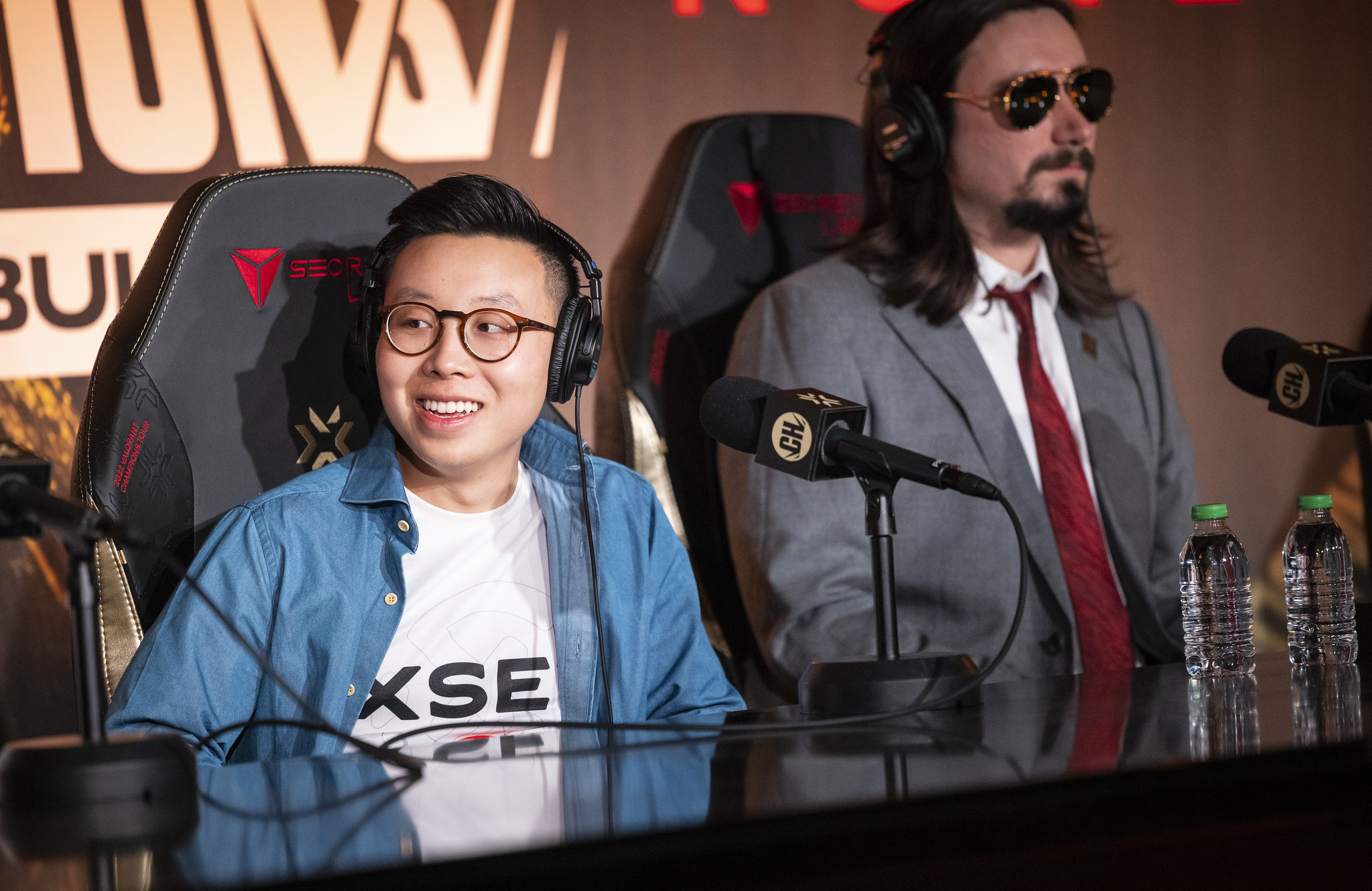 Even with the group stage yet to conclude and playoffs yet to begin at VALORANT Champions 2022, the field of teams representing North America has already outperformed the field from last year’s world championship. Both XSET and OpTic are already through to the playoffs, claiming two of the group stage’s top seeds, and 100T could join the playoff field too with a repeat win over Fnatic.

From Champions 2021 through the beginning of the 2022 VCT season, other regions began to emerge and step up as North America began to slide. But according to XSET’s Jordan “AYRIN” He, this pattern has served as a wake-up call for the region, and for XSET in particular.

“I just think NA was on a tear [last year]. Sentinels won Masters Reyjkavk, [Envy] did really well, they were the trailblazers,” AYRIN said after XSET’s win over FPX. “After that performance, other regions started catching up, but now I think everyone on this team and everyone representing North America is more hungry than ever. We’ve had enough.

“With the new talent coming in this year and people working harder and harder, it just goes to show that this game is evolving at a rapid rate, [and] people are just more hungry than ever before. And so are we; we’re here to prove we’re one of the hungriest.”

Heading into Champions 2022, NA hopium wasn’t as high as it had been. OpTic were the only NA roster who was consistently considered a top team all year, and even they looked like they took their foot off the gas a bit at Masters Copenhagen. Additionally, both teams that accompanied OpTic to Masters events (The Guard in Reykjavík and XSET in Copenhagen) fell flat despite direct byes to the playoffs.

While XSET were happy to still secure a spot at Champions, they were then tasked with rallying ahead of the tougher competition at a world championship with less than two months to prepare. Coach Don “SyykoNT” Muir said the team identified “comfortability and confidence on stage” as their main issue at Masters and worked on different “protocols and practices” to get them into better shape.

Through two series, the results of that practice are more than promising. The young zekken, who looked nervous on stage in Copenhagen, looks much more comfortable at Champions and is currently one of the top entry players at the tournament. Both Cryocells and BcJ are providing steady production for XSET, and OpTic’s superstar yay has avoided the cold start that plagued him in Copenhagen. 100T also look to be in fine shape, with duelist/Chamber superstar Will popping off in his LAN debut.

If 100T can repeat their success against Fnatic, all three NA teams would qualify for the playoffs. 100T would face off against XSET in the first round, however. But even if those two collide early, all three NA teams reaching the playoffs would in itself be an accomplishment for the region and make the possibility of an all-NA final more likely.